Ukrainian President Volodymyr Zelensky has said he does not want the war against Russia to last into the winter. This is because he fears Moscow’s forces would be afforded time to dig in and make any Ukrainian counter-offensive more difficult. Mr Zelenskiy’s chief of staff, Andry Yermak, said: “It is very important for us not to enter the winter. After winter, when the Russians will have more time to dig in, it will certainly be more difficult.”

His comments come as Dmitry Medvedev, Russia’s former president, said that peace in Ukraine would be on Moscow’s terms.

Medvedev, who is now deputy head of its security council, said: “Russia will achieve all its goals. There will be peace – on our terms.”

While Russia remains determined to defeat Ukraine, the country’s forces have suffered a number of setbacks since launching the invasion in February.

In fact, one opponent to Vladimir Putin’s presidency believes the war in Ukraine will ultimately lead to his downfall.

Evgenia Kara-Murza, the wife of jailed Russian politician Vladimir Kara-Murza, spoke to the Guardian in May. 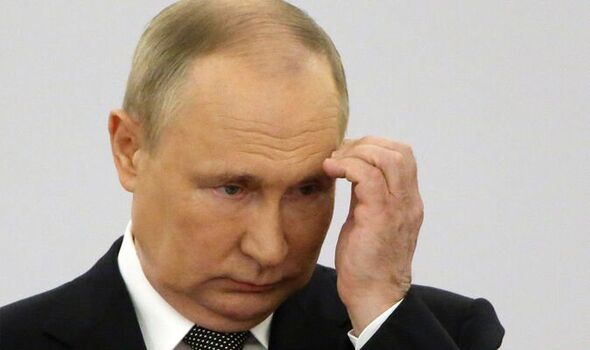 She said: “I believe Putin has signed his own death warrant with this war, but he will fall the sooner we end these double standards: at the same time as countries support the Ukrainian people by sending weapons and providing humanitarian aid and imposing sanctions on the Russian economy, they also give Putin billions for oil and gas, which allows him to continue his aggression … this has to stop because honestly, it is inexplicable.”

Her husband was arrested in Moscow in April and is being held in pre-trial detention over a speech he had made in Arizona criticising the war in Ukraine.

He also worked for 15 years alongside Boris Nemtsov, another opposition leader, who was killed in 2015.

Speaking about her husband’s arrest, Evgenia added: “He believed that as a Russian politician, he cannot call on people to continue fighting if he himself is somewhere safe, and he believes that he has to share the same risks, the same challenges as the Russians who continue to oppose this war. 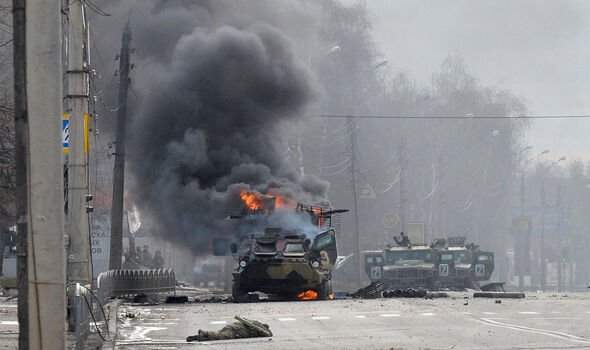 “Basically, by calling this war a war, instead of the ‘special operation’ as the government wants it to be called, by saying that, a person can end up in prison for up to 15 years. On the basis of the charges laid so far Vladimir is now facing up to 10 years.

“The Russian authorities have chosen this new tactic of dealing with opposition figures, especially well-known opposition figures like [Alexei] Navalny, or my husband – they try to lock them away and hide them from the public eye and prevent them from continuing to work. It is because they’re so effective when they’re outside.”

Mr Navalny is known worldwide as the main opposition figure in Russia. 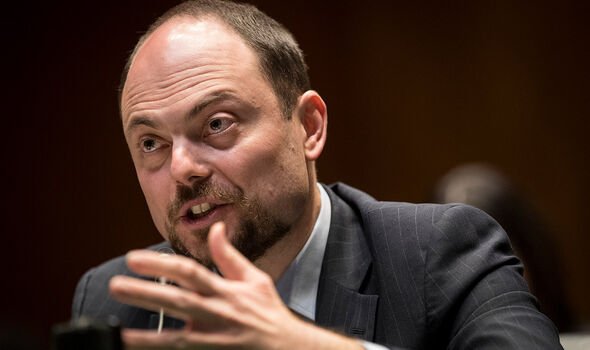 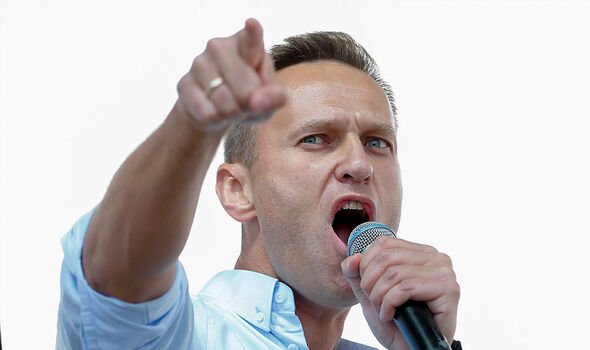 The Kremlin jailed Mr Navalny in early 2021 upon returning to Russia after he was poisoned with novichok during a visit to Siberia in 2020, which is widely thought to have been orchestrated by Putin and his Kremlin allies.

He suddenly vanished from one prison in mid-June before showing up the next day at an infamous penal colony known for the rape of male inmates.

The Russian government has always clamped down heavily on opposition, but since the war in Ukraine, this has intensified.