Russia has slowly reduced the amount of gas it is sending to Europe as tensions as the war in Ukraine draws out. It has contributed to the soaring prices of fuel and energy in the UK, leaving some experts to fear that Britain could even face blackouts this winter. But experts from Yale University in the US tell Express.co.uk that the UK has been “proactive” in planning for life without Russian gas, and that the outlook for the country is positive. Jeffrey Sonnenfeld, Steven Tian and Michal Wyrebkowski explained why the measures taken by Britain will soften the blow of losing Russian gas imports.

Mr Tian said: “The UK Government has been very proactive. They have already asked the energy grid to prepare for the risk of a gas cut-off.

“At the same time, they have made it clear that they can likely end Russian gas imports sooner than anyone imagined.

“Centrica in the UK has already signed an agreement with Norwegian firm Equinor to deliver extra gas, that’s 1billion cubic metres of gas every single year for the next three years.”

Centrica and Equinor reached their deal in June, and the one billion cubic metres of supply is enough to heat an additional 4.5million UK homes. 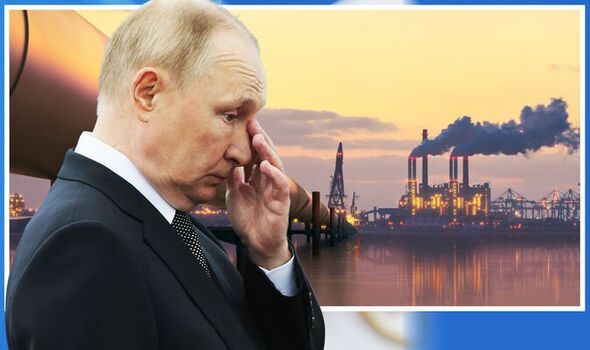 Mr Wyrebkowski said: “As for the UK itself, it has inter-connectors with the European gas grid, it has liquified natural gas terminals and Norway is close by as a readily available seller of gas.

“It’s definitely possible for the UK to survive this winter and beyond, and the reliance on Russian gas was definitely lower than countries like Bulgaria or Germany.

“The prospects for the UK are actually pretty good.”

Prior to the invasion of Ukraine, the UK relied on Russia for just four percent of its gas while the rest of Europe imported around 40 percent from Moscow.

Germany will likely be the most affected by any gas cut-off, and Chancellor Olaf Scholz warned today that his country faces a “chain reaction of unforeseen consequences” if Vladimir Putin does turn off the taps.

Commerzbank has also warned that in such a scenario Germany’s economy “would probably be plunged into a severe recession akin to the one that occurred after the financial crisis in 2009.” 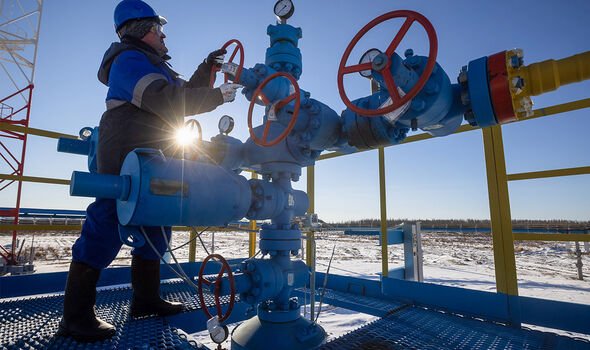 The bank’s report added: “Currently improved natural gas reserves might still be insufficient for the upcoming winter, so that natural gas rationing for non-system relevant industries cannot be ruled out.”

Mr Sonnenfeld, Mr Tian and Mr Wyrebkowski also highlight in their study, published last month, that the Russian economy will be hit even harder than Europe’s if it cuts off gas supply.

That is because Moscow sells a higher proportion of its gas to Europe than Europe buys from Russia.

Mr Sonnenfeld continued: “This will cause terrible long-term damage to Russia as throughout the EU they wean off the dependence for Russian energy sources. 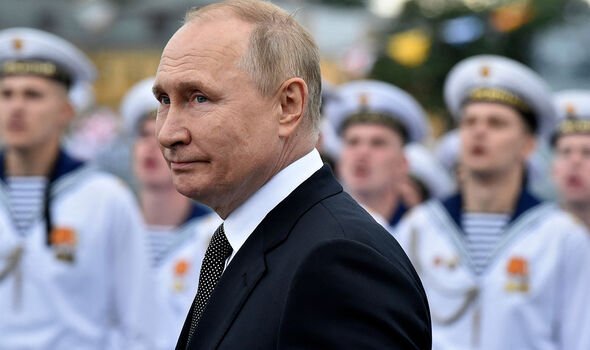 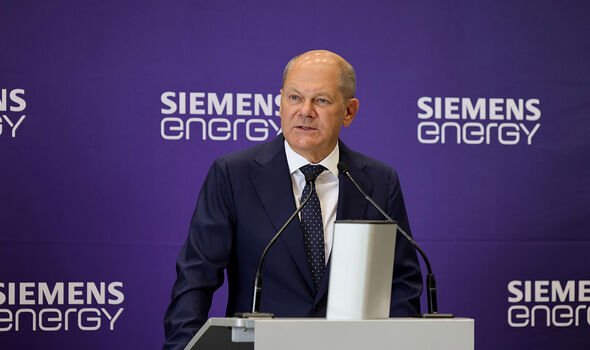 “It’s not going to be clear what Russia will then bring to the world market other than grain and cyberattacks.”

As fighting in Ukraine continues, there was some good news this week as the country was able to export its grain for the first time since the war began.

Russia had completely blockaded the Black Sea, stopping Ukraine from moving its grain.

Many feared that this could cause millions around the world to face hunger, but the resumption of grain exports has offered hope that this will now be avoided.