Ukraine: Russian jet shot down by US Stinger missile

Vladimir Putin’s army is reported to be “fast collapsing” along the eastern bank of the Oskil river, as Kyiv’s army continues its counteroffensive in the Kharkiv region. Russian troops were forced to construct new defensive lines along the river, after suffering a humiliating rout by Ukrainian troops during their Kharkiv counterattack. New reports suggest that Putin’s army is once again on the retreat, as Kyiv continues its eastward momentum.

If confirmed, then this would open up the possibility of further major advances towards Luhansk province for Ukraine’s army.

A social media war analyst, @Tendar, wrote: “Russian positions are fast collapsing along the eastern bank of the Oskil river.

“But also going Northeast and East we have reports of advancing Ukrainian troops or at least withdrawing Russian units.

“I see the same pattern as when Balakliya was liberated.”

Analysts from the Institute for the Study of War (ISW) report that Ukrainian troops most likely have advanced beyond the eastern banks of the Oskil River.

They believe that the village of Petropavlivka, 7km east across the river from Kupyansk, may already be under Ukrainian control. 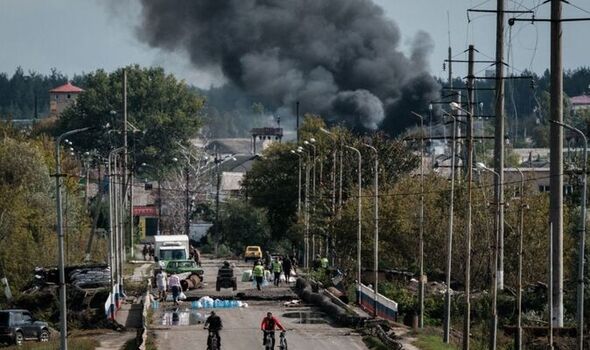 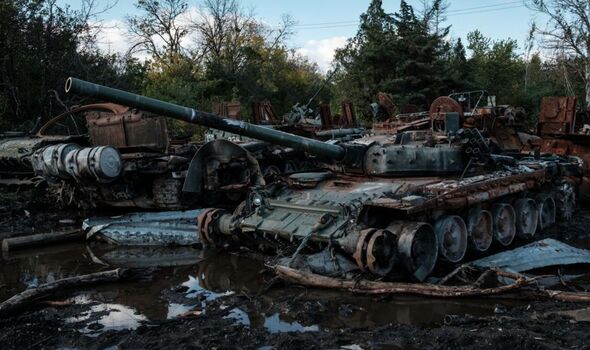 In their bulletin for September 24, the ISW wrote: “Russian sources additionally indicated that Ukrainian forces are continuing positional battles further south along the Oskil River near Kupyansk.

The conquest of the Donbas had become the main focus of Putin’s invasion, after Ukraine’s army foiled Russian attempts to capture Kyiv earlier in the war.

The provinces of Luhansk and Donetsk constitute the Donbas, which is rich in coal deposits, as well as being the home to some of Ukraine’s major heavy industries.

Throughout the summer, Russia’s army made slow but steady progress in asserting full control over Luhansk province, suffering high casualties in the process. 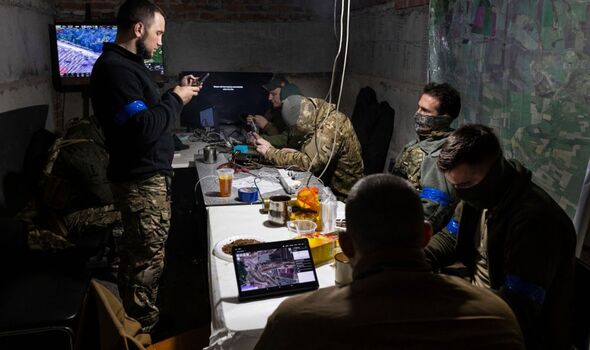 He said: “It’s (Bilohorivka) a suburb of Lysychansk. Soon we will drive these scumbags out of there with a broom.

“Step by step, centimetre by centimetre, we will liberate our entire land from the invaders.” 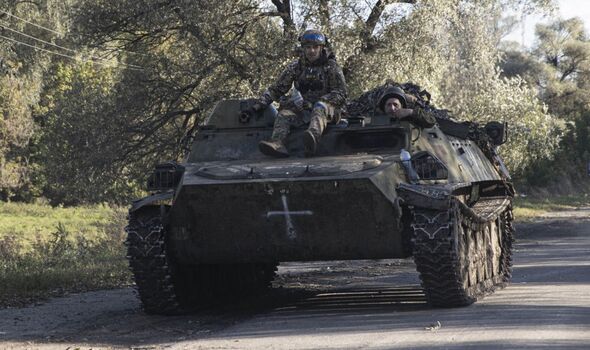 The rain has turned much of the cross-country terrain into mud, making it extremely difficult to transport heavy weapons and equipment.

As a result, Kyiv’s army has been confined to using existing roadways to the east, making it easier for the Russian defenders to counter their moves.

Despite these restrictions, Ukrainian forces are still making headway against the invaders.

The ISW noted: “The fact that Ukrainian forces continue to make gains nevertheless suggests that Russian troops on this axis are weak and vulnerable.”