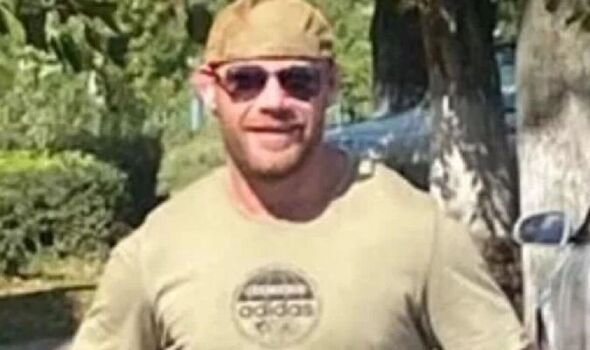 A Briton has died after travelling to Ukraine to help fight against Russia. Simon Lingard died on November 7, according to his family.

A member of Mr Lingard’s family said in a statement: “My Dad was an inspiration to all who knew him, a real life hero who died fighting for what he believed in.

“He was loved and adored by so many. A true representation of what a soldier should be.

“The Ukrainian Military have offered to bring him home to England, but we need help to show him the respect and adoration he deserves by giving him the greatest well deserved send off.”

Mr Lingard is believed to be the third Briton to die so far in the conflict which began on February 24.

The Foreign, Commonwealth and Development Office has been approached for comment.

Mr Lingard’s death comes after that of Briton Paul Urey, 45, who was detained by Russian-backed separatists in Ukraine and accused of being a mercenary.

Mr Urey’s death was confirmed by UK non-profit Presidium Network which described him as a humanitarian worker. It denied he had any military background.

He was captured in southeast Ukraine while trying to help a woman leave Russian-controlled territory in April.

Mr Urey was stopped at a checkpoint, detained and charged with “mercenary activities” by separatists in the Donetsk People’s Republic.

READ ABOUT AN EXPLOSION IN PORTSMOUTH

It emerged in June that former British soldier Jordan Gatley had been killed fighting for Ukraine in the city of Sievierodonetsk, according to his family. A senior Ukrainian official praised him as a “true hero”.

Mr Gatley’s family said he left the British Army in March and went to Ukraine to help in the fight against the Russian invasion.

His family said in a Facebook post at the time: “He loved his job and we are so proud of him. He truly was a hero and will forever be in our hearts.”

Mykhailo Podolyak, a Ukrainian presidential adviser, paid tribute to Mr Gatley, saying it took a lot of courage to travel far from home to defend beliefs.

Mr Podolyak wrote in a Twitter post: “Just because the heart says so. Because you can’t stand the evil. Jordan Gatley was a true hero. We will always remember his contribution to the protection of Ukraine and the free world.”

People from Britain, Canada, Georgia, India, Japan and the United States are among the volunteers who have travelled to Ukraine to help in its fight against Russia.

The UK’s Foreign Enlistment Act blocks Britons from joining foreign militaries fighting countries which are at peace with Britain, but it has not been applied to modern conflicts.

Germany has said it will not prosecute volunteers who join the war while Danish and Latvian leaders have said they would allow their citizens to volunteer.

In the first weeks of the war, Russian state news agency TASS reported a Russian Defense Ministry spokesman as saying Western “mercenaries” fighting for Ukraine would not be treated as lawful combatants and would face criminal prosecution or worse.

Experts have told Reuters because volunteers will be fighting as members of the Ukrainian army, they are unlikely to face charges in their home country over their actions in the war, apart from prosecution for war crimes or similar conduct.