Before entering the White House, Ivanka and Jared both played key roles in the 2016 Trump campaign. However, according to the 2019 book ‘Kushner Inc’, many of the couple’s friends and business associates thought they did not actually believe in the populist agenda of the campaign. Instead, they put their support down to it being a networking opportunity.

One associate told author Vicky Ward: “The two of them see this as a networking opportunity.”

It is unclear whether this is genuinely what they think, however, or whether it is what they have told themselves because the idea their friends may actually agree with the divisive rhetoric is too terrible to consider.

Most of Ivanka and Jared’s social circle is in the New York Jewish community, who were reportedly “aghast” at the Trump campaign.

They were particularly disturbed by his declaring that a wall must be built on the US-Mexico border to keep out illegal immigrants, as well as the so-called ‘Muslim ban’. 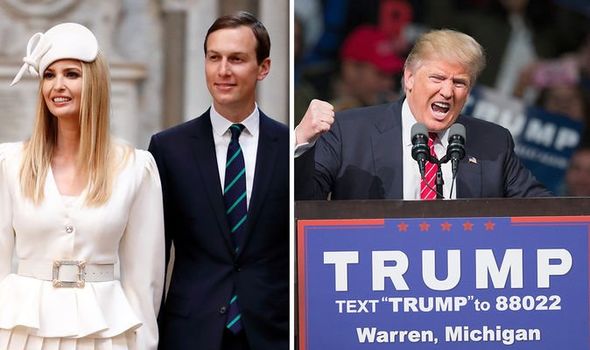 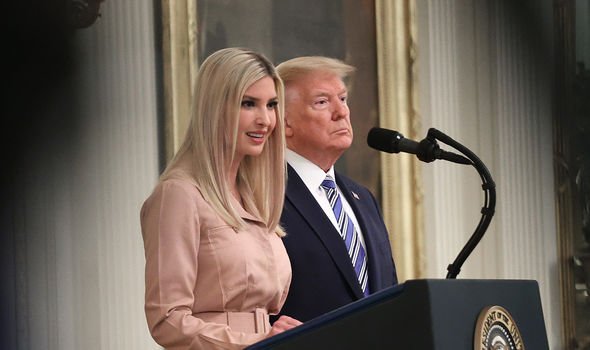 “It’s just as easy to say the Muslims can’t come to the US because they’re oging to blow you up and the Mexicans are gonna rape you [as it is to say] the Jews are gonna steal all your money.

“And so, we’re not on the side of this craziness, because always the ones being blamed for everything.”

Jared is descended from Holocaust survivors who went to the US as refugees, and he grew up in an Orthodox Jewish community, while Ivanka converted in order to marry him in 2009. 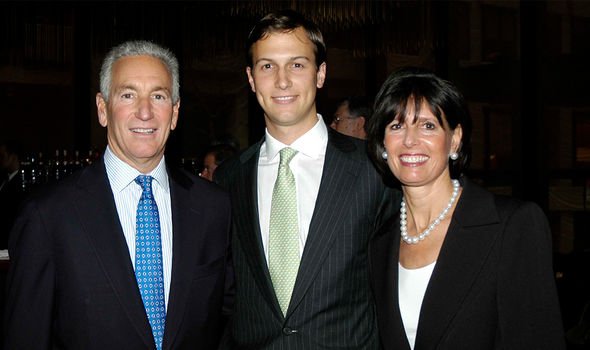 Ms Ward said “no one thought [Jared] or Ivanka believed in Trump’s populist platform”, instead they thought the couple were interested in the networking.

Indeed, Ivanka and Jared have secured incredible networking opportunities in their roles, rubbing shoulders with all sorts of world leaders and business people.

That said, Ivanka has also been very convincing in her defence of her father’s words and actions, which seems to contradict the idea that she does not share his views. 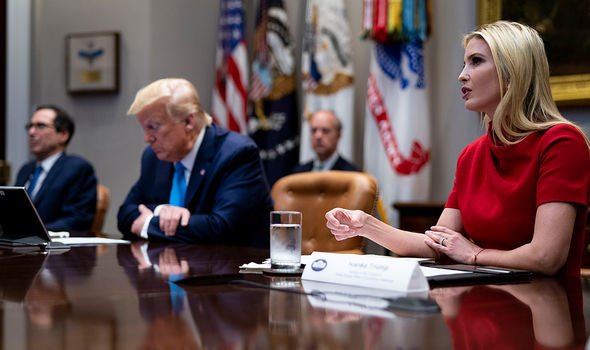 Ivanka ‒ dubbed the First Daughter ‒ has backed him on even his most outrageous policies and incendiary rhetoric, albeit often playing down how dramatic or aggressive it is.

Despite being a calmer, more gentle version of her father on the outside, those who had dealt with her in business claim she can be just as tough.

Jared, too, was described as “just as sinister as Donald Trump” by a former business associate.

He apparently lost his temper on a number of occasions, yelling down the phone, and displayed a sense of entitlement.

One claimed Jared has “zero awareness that he was born on third base”, an American phrase meaning someone who is born with a silver spoon in their mouth but believes their success is entirely their own doing.

Ivanka has claimed she disagrees with her father “frequently”, but that when this occurs she voices them privately rather than publicly.

She told ABC in 2018: “He’s my father and he’s my boss and one of the reasons that I have such a good relationship with him is that I am incredibly candid with him.” 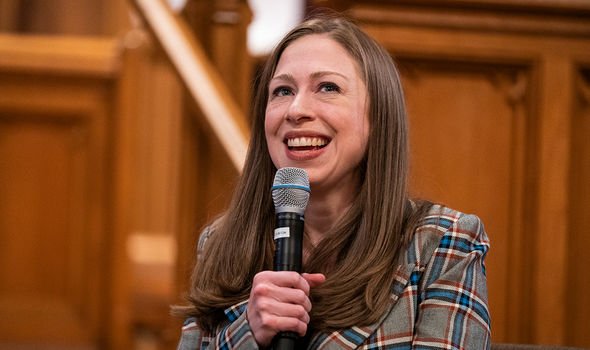 Occasionally, Ivanka will disagree with him publicly, for example she admitted that she does not agree that the press are the “enemy of the people” ‒ perhaps because her husband owns a newspaper.

However, Ivanka’s former friend Chelsea Clinton, the daughter of Bill and Hillary Clinton, has criticised the First Daughter for standing by the Trump administration in the face of what she called “a collision of cruelty and incompetence”.

She said on The Late Show with Stephen Colbert in 2018: “I think anyone that works for the President certainly should expect to be scrutinised, not only the decisions she or he is making, but also the decisions that White House is making on any given day.

Chelsea added: “It is clear that she has supported policies and decisions that I don’t agree with and I have been very vocal in my opposition to Donald Trump.”

In an interview with The Guardian the same year, she reiterated that Ivanka was an adult and responsible for what she did and said.

She added: “In 2008, I was really proud to support my mum, but I disagreed with her fundamentally on a few things, particularly her then-opposition to equal marriage for LGBTQ Americans.

“I never defended that position, because it wasn’t what I believe was the right thing to do.”