Thoughtfully, Professor Klaus Schwab tells the story of the enormous task of rebuilding the war-battered towns he grew up in as a young boy in the Swabia region of southern Germany.

World War II was a time of great crisis and hardship, which forged a sense of solidarity that helped pull ravaged communities together.

“To a certain extent, we are in a similar situation today…we went through a major crisis, which affected everybody in the world,” says the founder and executive chairman of the World Economic Forum (WEF).

“So, can we create again this tremendous effort, based on solidarity, to recreate a world which is better?” he adds, alluding to the ongoing Covid-19 pandemic, during an interview with The Straits Times on Tuesday (Feb 9) at the Capella Hotel on Sentosa.

He is in town, partly for a bit of a break after the hectic Davos Agenda week of webinars, held last month in lieu of its annual meeting in the Swiss alpine town, but also to lay the groundwork for the WEF’s planned Special Annual Meeting to be held here in August.

He is also here for the launch of his new book, Stakeholder Capitalism: A Global Economy That Works For Progress, People And Planet, which he has written with a WEF colleague, Mr Peter Vanham.

“After the devastation of World War II, I was lucky enough to grow in a town and a society that embraced the stakeholder mindset in all that it did.

“I saw it at work at my father’s factory, where everyone, from the shop floor to the corner office, had the same drive to make the company and its products a long-term success, and everyone shared in the fruits of it when it arrived,” he says in the engaging book.

Recalling the solidarity he experienced in the post-war years in the German towns of his youth, he adds: “I saw it in Friedrichshafen and Ravensburg after the war, as all citizens, as well as the entire local government, came together to rebuild what was destroyed.

“And I have been advocating for it ever since, whether in business or in government, and going from Swabia to Singapore,” he says in the conclusion of his 285-page book, launched in keeping with the thought leadership efforts of the Geneva-based forum.

Indeed the stakeholder concept has featured prominently in his work since the 1973 Davos Manifesto, which set out the role of business managements to “serve clients, shareholders, workers and employees, as well as societies, and to harmonise the different interests of the stakeholders”.

It is a theme he delves into deeper in his new book.

“The idea that we need to rebuild differently post-Covid is widely shared. The sudden and all-encompassing impact of Covid-19 made us understand, much more than the gradual effects of climate change or increasing inequality, that an economic system driven by selfish and short-term interests is not sustainable…

“We can’t continue with an economic system driven by selfish values, such as short-term profit maximisation, the avoidance of tax and regulation, or the externalising of environmental harm. Instead, we need a society, economy and international community that is designed to care for all people and the entire planet.”

He points in his book to Singapore, with its longstanding emphasis on tripartite collaboration, as perhaps the “most remarkable blueprint” for such stakeholder capitalism.

In it, he details at considerable length, Singapore’s efforts to foster a cohesive society, with ethnically integrated, affordable and well-maintained public housing, a first-rate public education and healthcare system, as well as ongoing efforts to connect all segments of society digitally. 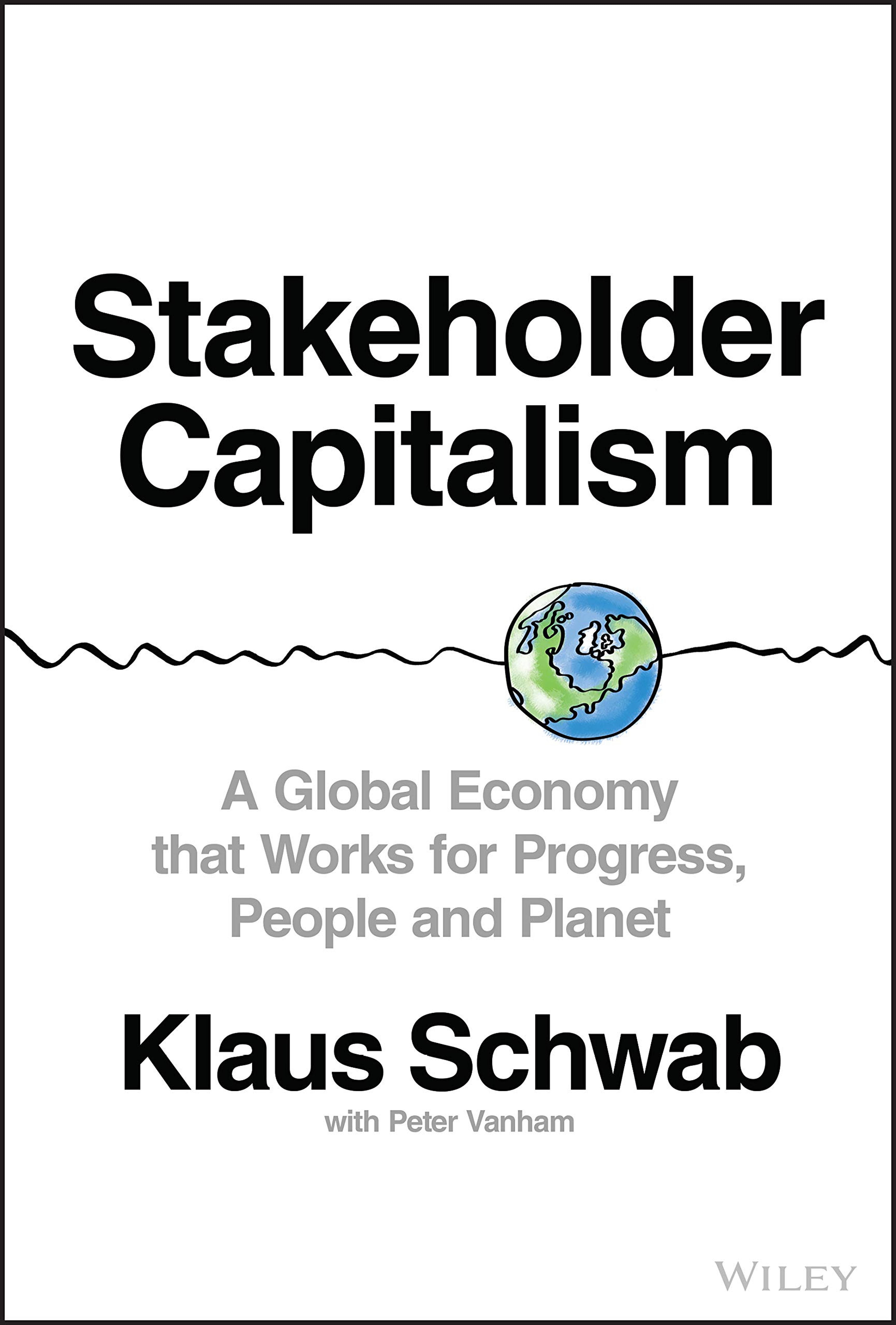 “The precise approach Singapore follows may not be replicable in the same way elsewhere: many larger, less densely populated, or poorer countries, would not be able to provide the same services if they tried.

“But the pragmatic, stakeholder-led philosophy that guides Singaporean policymaking, like that of New Zealand, or Denmark, is nevertheless one that merits to be looked at by others,” he concludes.

Listening to the urbane and even-tempered professor, with his frequent assertions on the need for harmony or solidarity across stakeholders in society, I am reminded of the recent discussion sparked by Education Minister Lawrence Wong.

He had cited a 1979 speech by Mr S. Rajaratnam, one of Singapore’s founding fathers, who referred to the 14th century Arab thinker Ibn Khaldun’s idea of “asabiyyah”, Arab for bonds of community or solidarity, as a critical factor in a society’s success.

Asked about this, Prof Schwab agrees readily with the idea, saying that at the heart of this is the fundamental question of how best to secure the welfare of a society.

The old dichotomy between the values of capitalism, and communism or socialism, he insists, is outdated. It is no longer suited to the age of what he has dubbed the fourth industrial revolution, with its increasing focus on human, social and natural capital, apart from just financial capital.

“To create welfare, you have to take care of all of those dimensions of capital,” he says, noting that this calls for collaboration among stakeholders.

“The role of corporation is to take care, of course, of shareholders, but also of its people, of its customers, of the community it’s living in. And by doing so, shareholders will be well served,” he adds.

Companies which have done so have weathered the pandemic better than others. Those which are slow to do so are “on the wrong side of history”, and risk discovering too late that their customers, clients, and even staff, are increasingly supportive of organisations which are good for people and the planet.

He points to 60 companies which have partnered with WEF to embrace what it calls stakeholder capitalism metrics, setting out benchmarks to track their progress in meeting social, environmental and governance goals. He hopes that this will grow to 200 by the time of the Singapore meeting, he says.

That forum will also provide an opportunity for greater global collaboration, given the much-needed reset in that most important of bilateral relations, between the United States and China.

“Yes, of course,” he says, when asked if that is on the agenda, and if top leaders from those countries will be invited to attend. WEF has longstanding relations with leaders in both countries, he notes.

Recent years have seen much confrontation between these two major players, and there is a need for more collaboration to tackle common challenges and pursue shared interests, even in the face of the “fierce competition” in some areas that the new US President Joe Biden has alluded to, he says.

“Where we have a common interest, we have to create much more collaboration again. And this collaboration, ideally, integrates all stakeholders. And here, the importance of the annual meeting is evident again.”