Indonesian capital goes back into partial lockdown as doctors warn the healthcare system is on the brink of collapse. 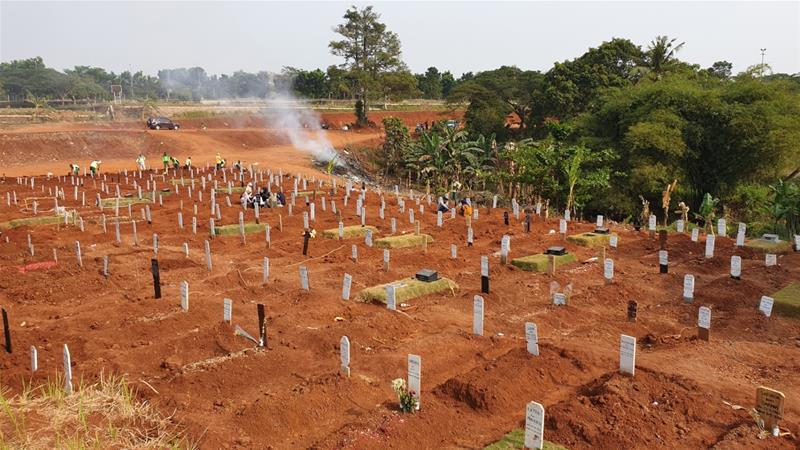 Jakarta, Indonesia – Adang has been a gravedigger in Indonesia’s capital for six years – but he has never had to work this hard.

Before the coronavirus pandemic struck more than six months ago, he would bury three to four bodies a day at Jakarta’s Pondok Ranggon cemetery. Now, it is more than 25.

“We have buried so many people,” he said. “We are tired.”

Indonesia is the worst-hit country in Southeast Asia in terms of confirmed COVID-19 deaths, having registered more than 8,000 fatalities so far.

As the numbers keep rising, Pondok Ranggon cemetery is fast filling up and authorities expect it to reach full capacity by next month if the current trends continue.

In June, authorities in Jakarta began to ease restrictions imposed in April, allowing many businesses, restaurants and offices to reopen. But three months later – as doctors warned the healthcare system was on the brink of collapse – Jakarta’s governor said it was time to reintroduce the partial shutdown.

“This is an emergency, more urgent than at the start of the pandemic,” Anies Baswedan said on Wednesday, adding that the city’s 10 million people must once again work, study and pray from home.

The restrictions put into effect from Monday are similar to what was imposed earlier in the year: public transport is limited, restaurants can only serve takeaway, and many offices are shut or have capacity limits.

Baswedan said isolation rooms and intensive care units at the COVID-19 referral hospitals are about 80-percent occupied – and beds will run out in weeks if the city continues on the same trajectory.

“This is about saving the people of Jakarta. If we let this continue – the hospitals will not be able to contain the situation and the result will be a high death rate,” he said.

Doctors in Jakarta have welcomed the move, but many feel the restrictions should not have been relaxed in the first place.

“We feel the situation is becoming scary. The number of cases is increasing day-by-day and there’s no trend to show a decline,” said Dr Erlina Burhan, from Pesabatan Hospital.

And, just like the gravediggers, medical workers in the capital say they are overworked and exhausted.

“It’s like a marathon from March – there’s no break,” said Burhan. “A lot of health personnel are already saying that they are tired – tired of doing this.”

Burhan said if infections continue to rise, doctors in her hospital will be forced to “play God” and decide who gets treatment and who gets turned away.

“I’m afraid of the situation where we cannot help everyone who needs help. We are afraid of being overwhelmed.”

At least 200 medical personnel have died from COVID-19 in Indonesia, a country where the healthcare system was already understaffed and underresourced prior to the pandemic. 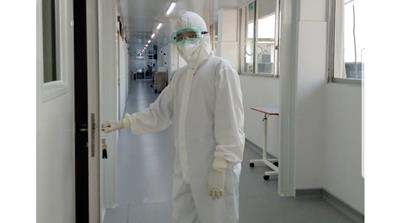 At Pertamina Hospital, another designated COVID-19 treatment facility, Dr Shandy Shanaya said he goes into work fearing for his life.

“We cannot just see it as just another number. When a medical professional dies, think of all the people who lose access to healthcare,” said the 26-year-old.

“We tried to open up too fast. We opened up the city before the trend was down,” he added.

But in a country as diverse and populous as Indonesia, home to some 270 million people, there is no easy solution in the efforts to prevent fresh outbreaks and restore livelihoods.

In Jakarta, another round of restrictions may help combat the spread of the virus but will also make the lives of its poor residents even more challenging.

The return of lockdown will leave many low-paid informal workers once again out of work and without any income to support themselves or their families.

“If the store is shut … there are no customers, and I don’t get paid,” said Zulkifli, a barber at a small salon who does not have a fixed wage.

“This is the only thing I know how to do, I can’t work in other areas,” he added.

The salon Zulkifli works at is just one of the many businesses across Jakarta forced to close their doors once again.

Authorities have pledged assistance to help those in need, but Zulkifli said he missed out on any support during the last round of restrictions.

“I know we need to address the pandemic. But I also need money for my children. We need food, we need to pay for our expenses … and my income is gone,” he said.

Back at Pondok Ranggon cemetery, Adang and his colleagues keep digging graves as more caskets wrapped in sanitised plastic arrive.

“I have my concerns and fears doing this job,” said Adang. “I just have to trust God – I try not to burden my mind. We just have to go along with it.” 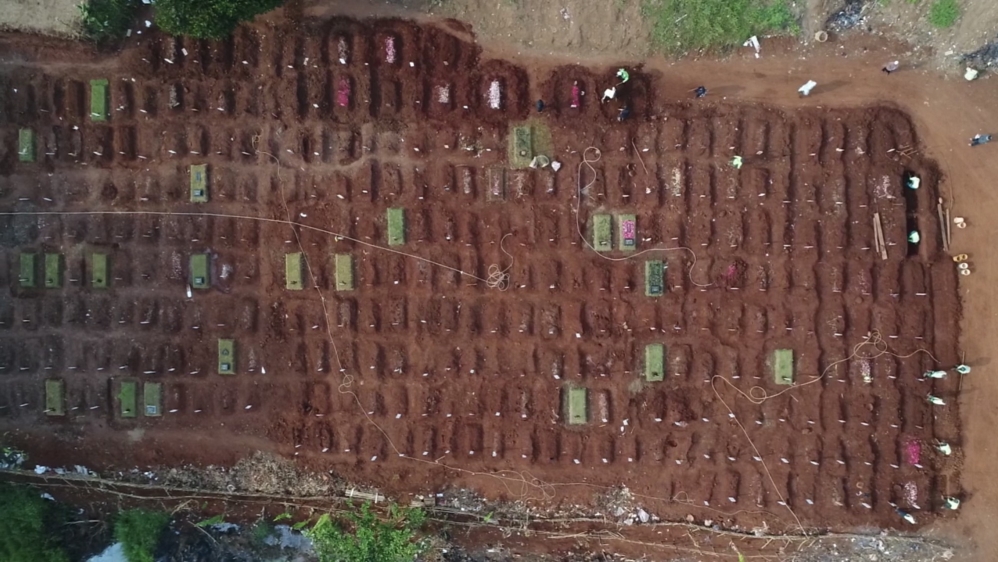