Organisers claimed as many as 100,000 could take part in the demonstrations – while police suggest around 50,000 are expected to protest.

Meanwhile, one of the first events saw hundreds of protesters gather around the campus of Thammasat University which has been seen as a hotbed of opposition to the military and royalist establishment.

A crowd of several hundred gathered at the locked gates of the university, demanding to be let in shortly before noon local time.

Protesters chanted “Down with dictatorship, long live democracy!” and “Prayut get out!” 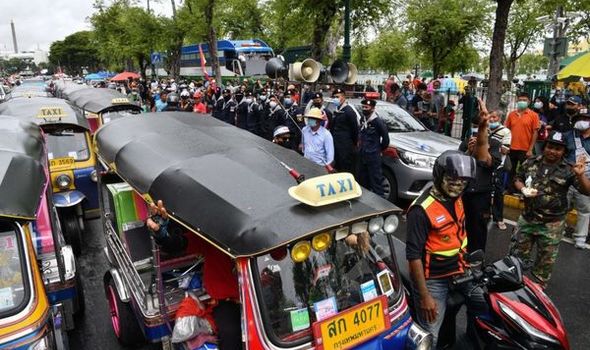 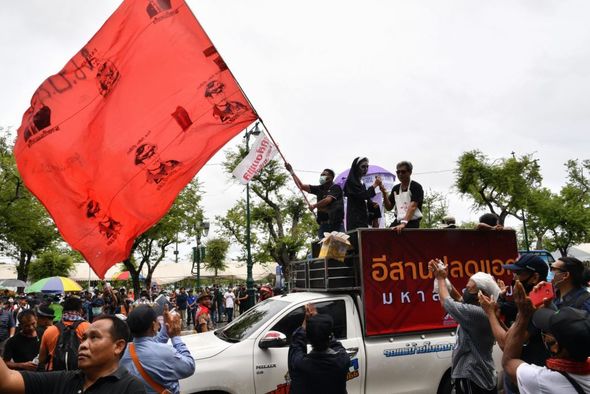 “If you don’t open, we will break-in,” protesters yelled, before forcing the gates open – despite student leaders calling for calm – allowing hundreds to flow into the campus.

“The plan is not to destroy the monarchy but to modernise it, to adapt it to our society.

“The government is cheating and we want to get rid of them, Everything is down and people have no money.” 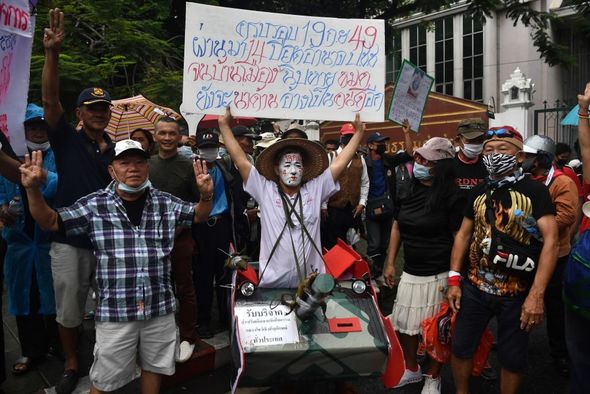 The biggest protest so far drew 10,000 in Bangkok last month, and protest leaders claim up to 100,000 people could be at this demonstration.

In addition to the students who started the protest movement, people have come from other parts of Thailand.

Politics in the country has for years been marked by challenges to the royalist and military establishment by politicians backed by poor urban and rural voters, and more recently by the student protesters.

The military, which proclaims itself the defender of the country’s core institutions, in particular the monarchy, has stepped in to overthrow civilian governments numerous times, most recently in 2014, citing the need to maintain stability. 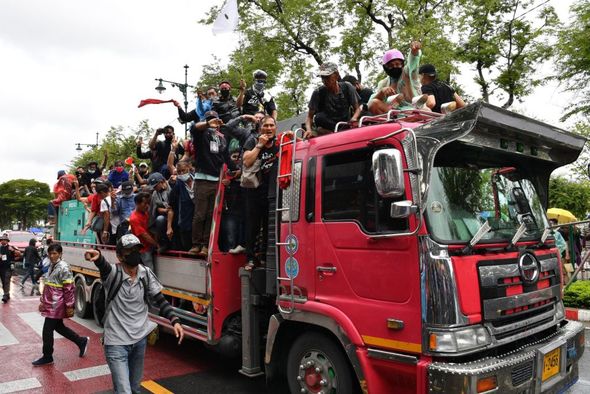 Prime Minister Prayuth has said the government would allow protests as a form of free speech, but that demands for reform of the monarchy were not acceptable.

On Thursday, he warned the protesters against raising the risks of spreading the novel coronavirus and urged them to put the health crisis before politics.

Police said they were deploying 10,000 officers on Saturday to deal with the escalating situation.

Thai Police spokesman Kissana Phathanacharoen, said: I want to tell them [protesters] that it’s not right to do anything too extreme, anything illegal.”