Biden: ‘Putin is looking at a weak adversary’ says expert

US President Joe Biden is currently hosting a two-day climate change summit attended by China, Japan, Russia, Canada, India, Australia, the UK and the EU. Mr Biden, and his western allies, will have the chance to come face-to-face with President Xi Jinping and Vladimir Putin as experts continue to warn that Beijing could “attack Taiwan” and Moscow could invade Ukraine. On Monday, the US Strategic Command said America must prepare for nuclear war as current conflicts could escalate “very rapidly,” and the US faces “two nuclear-capable, strategic peer adversaries at the same time”.

Professor Bruce Cameron Reed has published five textbooks and over 50 journal papers on the Manhattan Project – a top secret research and development project between the US, UK and Canada, that produced the first atomic weapons.

He told Express.co.uk how it “totally changed” the relationship between science and political policy that we still see today.

Prof Reed said: “Suddenly, after the war, a country’s power was going to be based on the strength of its laboratories, universities and scientists – it was traditionally military power.

“It really changed the course of history and thrust scientists into the public sphere like never before. 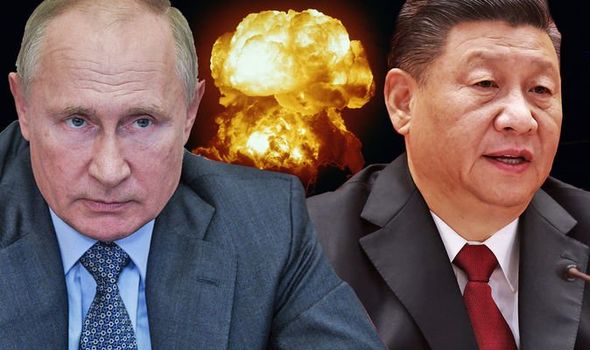 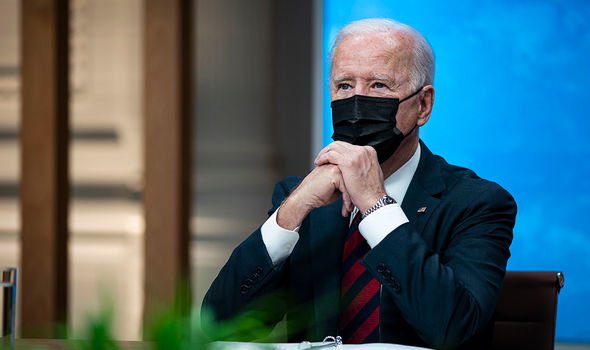 “We are still living with that legacy 80 years later and I don’t think many people appreciate how many nuclear weapons are still out there.”

Prof Reed has now had his new book ‘Manhattan Project: The Story of the Century’ published to answer crucial questions on the project.

The book does not only portray the history and scientific implications but also provides brief biographies of key figures like the head of the Los Alamos Laboratory Robert Oppenheimer.

Through a variety of illustrations and diagrams, the text chronicles the history of nuclear weapons from the discovery of x-rays to the drop of the atomic bombs on Hiroshima and Nagasaki.

And he explained to Express.co.uk how things developed after the war. 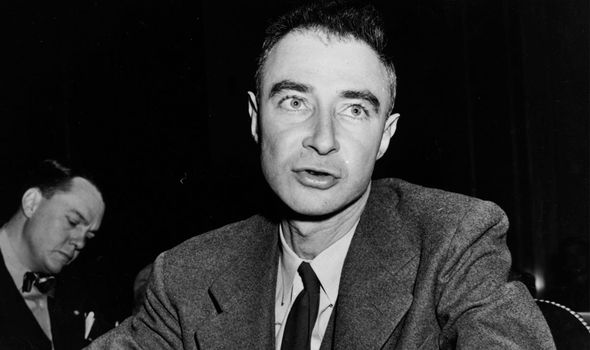 He added: “The major development since the Manhattan Project was in the Fifties, when the second generation of these, with the hydrogen bomb – fusion weapons.

“That was anticipated during the war, people had been thinking about it, but you needed the first generation to act as triggers.

“These are immensely powerful weapons, but the historical irony is that these weapons are so phenomenally powerful that they don’t have a credible military mission.

“Oppenheimer was more in favour of developing a broader spectrum of tactical, smaller weapons – but these things get a momentum and bureaucracy of their own that won’t be denied.”

But Prof Reed does not think nuclear war is where the world is heading. 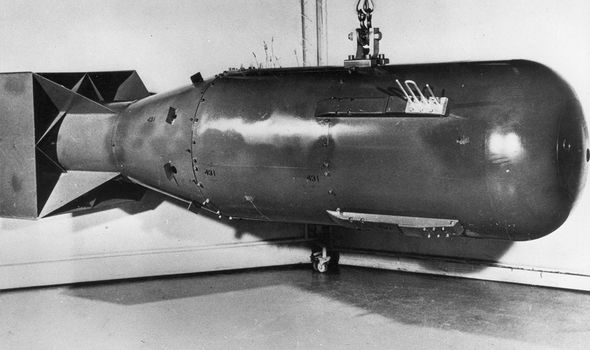 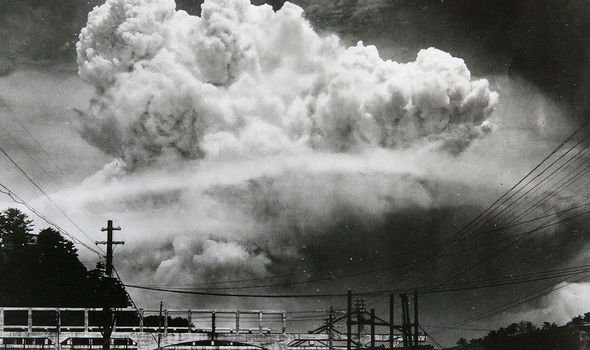 He explained: “Now you have at least five countries with fusion weapons, but I doubt the likes of India, Pakistan, Israel and North Korea would need to go down that route now.

“If I was a strategist trying to anticipate future conflicts, I would ask if the current danger is more in the realm of electronic warfare.

“We’ve seen what has happened in Iran and with Russian cyber-security threats, you could do a vast amount of damage to society by shutting off the electrons.

“This is a physicist speculating on military strategy, but it must be immensely cheaper and harder to trace.

“It seems like an irresistible opportunity for a country that wants to create havoc.”