The terrifying Kinzhal missiles are part of a series of new hypersonic weapons presented by Russia’s President in 2018. During a chilling speech at that time, Vladimir Putin warned they could hit almost any point in the world and evade a US-built missile shield. The Kh-47M2 Kinzhal aero-ballistic air-to-surface missile has a claimed range of more than 2,000km, phenomenal Mach 12 speed, and is able to perform evasive manoeuvres at every stage of its flight.

Now in new comments sure to send shivers throughout the world, Russian Defence Minister Sergei Shoigu said the missiles had proved effective in hitting high-value targets on all three occasions.

He hailed them as without compare and as almost impossible to take down when in flight.

The Defence Minister said in an interview broadcast state-owned Russian television channel Rossiya 1: “We have deployed it three times during the special military operation. 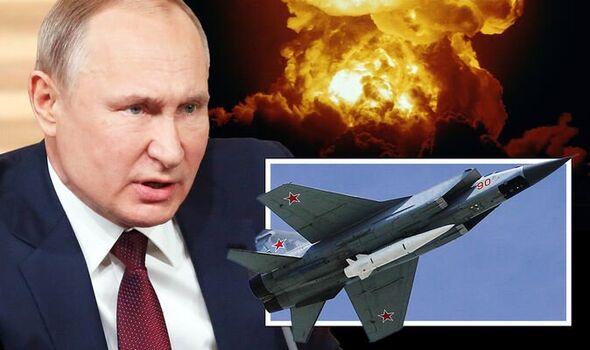 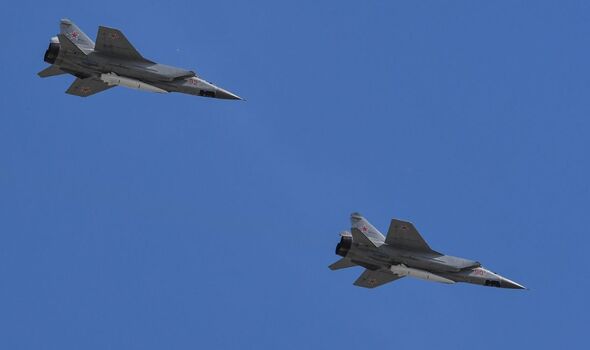 The Kinzhal system was first used by Russia in Ukraine only a few weeks after giving the go-ahead for tens of thousands of troops to invade its neighbour’s territory, hitting a large weapons depot in Ukraine’s western Ivano-Frankivsk region.

Earlier this week, Russia’s Defence Ministry said a trio of MiG-31E warplanes equipped with Kinzhal missiles had been relocated to the Kaliningrad region – a Russian Baltic coast exclave located between NATO and European Union members Poland and Lithuania.

This area became a major flashpoint early on in the war after Lithuania moved to limit goods transit to the region through its territory and triggering furious retaliatory warnings from Russia.

Last last month during Russia’s Navy Day, it was announced by Putin the navy would receive what he called “formidable” hypersonic Zircon cruise missiles in coming months. 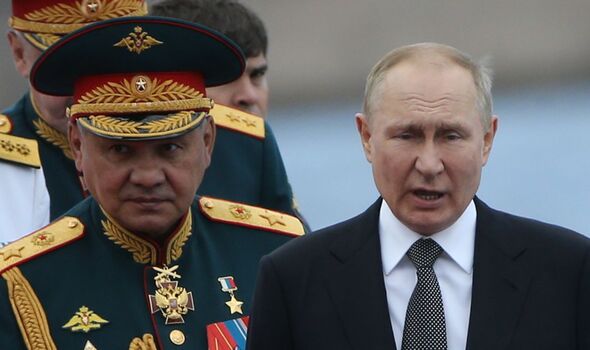 They are capable of travelling at nine times the speed of sound, meaning they can easily outrun any opposition air defences.

On Monday at the International Military Technical Forum on the outskirts of Moscow, which is showcasing nearly 28,000 military and civilian products, Putin sent a chilling message to Russia’s enemies.

According to Russian army statements, 36 Government contracts worth $8.6billion (£7.1billion) are expected to be signed with Russian and foreign defence industry companies during the show, which ends today (Sunday).

Putin said: “We are ready to offer our allies and partners the most modern types of weapons, from small arms to armoured vehicles and artillery, from warplanes to drones. 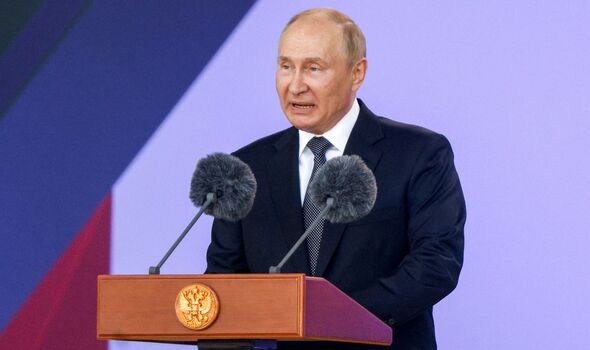 “These guns are in demand among military professionals all over the world for their reliability, quality, and most importantly, their high efficiency.

“Almost all of them have been used many times in real military operations.”

Putin said Russia could offer new models and systems, adding: “We are talking about high-precision weapons and robotics, about combat systems based on new physical principles.

“Many of them are years, or maybe decades ahead of their foreign counterparts, and in terms of tactical and technical characteristics they are significantly superior to them.”