Moscow’s Ostankino television tower displayed two large signs saying “Russia is with you” on Monday. The message on the 540-metre structure was featured in Chinese and came amid increasingly hostile threats from Beijing to Washington over its stance on Taiwan.

According to Alexander Gabuev, a senior analyst at the Carnegie Moscow think tank, the sign could have “hardly” been put on the tower “without an official approval” – suggesting the decision came from the Kremlin.

Mr Gabuev, who posted a video of Ostankino, added: “Context needs no explanation.”

China and Russia, despite not sharing an official alliance, currently enjoy the best relations they have had since the late Fifties.

Meanwhile, President Xi Jinping and President Vladimir Putin described their friendship as one with “no limits”.

As China-US ties appear fragile, Moscow’s involvement — in the shape of a show of support for Beijing — would come as no surprise. 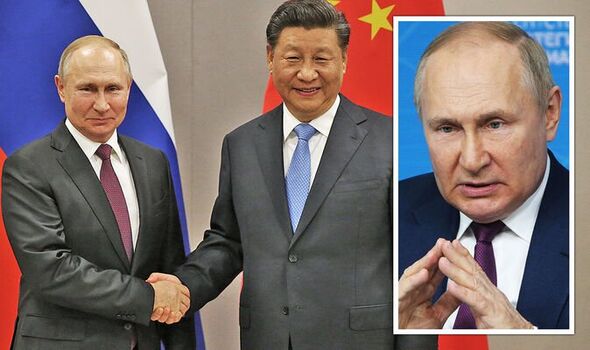 Ms Pelosi, who began an Asia tour earlier on Monday in Singapore, was due to spend Tuesday night in Taiwan, three people briefed on the matter told Reuters. The potential Taiwan leg of the tour is however not yet in her public schedule.

Last Wednesday, US President Joe Biden said he thought the US military believed a Pelosi visit to Taiwan was “not a good idea right now”.

And Beijing’s blunt reaction to the prospect of a stop on the island by the US House Speaker hinted Mr Biden might be right.

Chinese foreign ministry spokesman Zhao Lijian said it would be “a gross interference in China’s internal affairs” if Ms Pelosi visits Taiwan, and warned it would lead to “very serious developments and consequences.”

Zhao told a regular daily briefing: “We would like to tell the United States once again that China is standing by, the Chinese People’s Liberation Army will never sit idly by, and China will take resolute responses and strong countermeasures to defend its sovereignty and territorial integrity.” 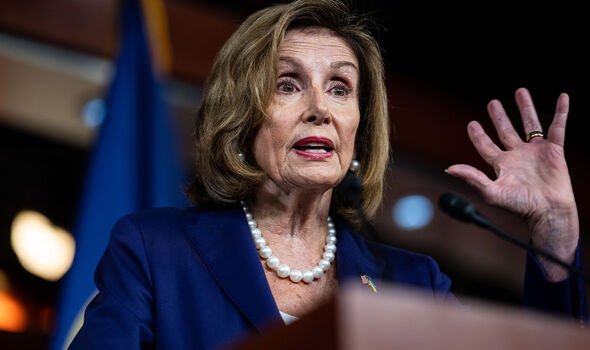 The White House dismissed China’s rhetoric as groundless and inappropriate.

US National Security Council spokesman John Kirby said in an interview with CNN: “It is not uncommon for congressional leaders to travel to Taiwan.

“This is an important trip for the Speaker to be on and we’re going to do whatever we can to support her.”

Ms Pelosi is third in line for the presidency after Mr Biden and vice-president Kamala Harris.

Should she include Taiwan in her tour of Asia, it would be the first visit of a US House speaker in a quarter of a century.

Beijing, which considers Taiwan to be part of its territory and has never renounced using force to bring the island under its control, has made clear it would see such a move as an unacceptable provocation.

From the Chinese perspective, a visit from a lawmaker so closely linked in constitutional terms to the presidency increases the offence.

Zhao said that because of Ms Pelosi’s status as the “No 3 official of the US government” a visit to Taiwan would “lead to egregious political impact”.

China’s threats followed a phone call between President Xi and President Biden on Thursday in which Xi told Mr Biden Washington should abide by the one-China principle, adding that “those who play with fire will perish by it”.

Mr Biden told Xi that US policy on Taiwan had not changed and that Washington strongly opposes unilateral efforts to change the status quo or undermine peace and stability across the Taiwan Strait.

Liu Pengyu, spokesman for China’s embassy in Washington, struck a measured tone with reporters a day later, saying one of the goals of dialogue was to ease tension over Taiwan.

He said: “I think both China and the US don’t want a conflict there in the Taiwan Strait.”

On Monday, Taiwan Premier Su Tseng-chang did not directly respond when asked whether Mr Pelosi will visit on Thursday, as local media had speculated.

He told reporters: “We always warmly welcome visits to our country by distinguished foreign guests.”

Taiwan rejects China’s sovereignty claims and says only its people can decide the island’s future.