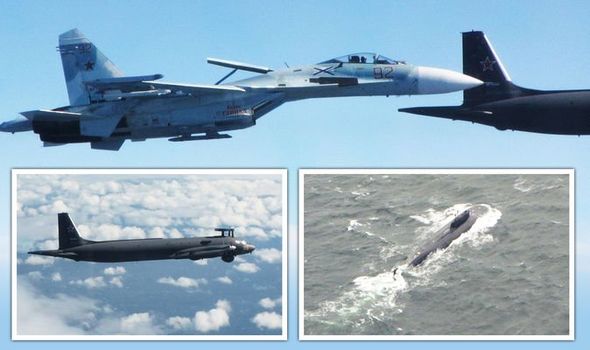 The British Typhoons, from RAF Lossiemough, approached the Russian formation to identify its composition.

They established it was an IL-38 ‘MAY’ Maritime Patrol Aircraft, being escorted by two SU-27 Flanker B Fighters.

Today’s interception is the first the RAF have seen and intercepted a ‘MAY’ which was operating alongside a Russian OSCAR class submarine.

One image showed the Russian submarine in the waters below, as it transited towards the West across the Baltic Sea.