Russia has said it caught and chased off an American warship which was violating its territorial waters in the Sea of Japan – but the US Navy has rejected the claim and denied any wrongdoing.

Russia said its Pacific Fleet warship had been tracking the US destroyer, and in the early hours of Tuesday morning the vessel went two kilometres beyond its sea border. 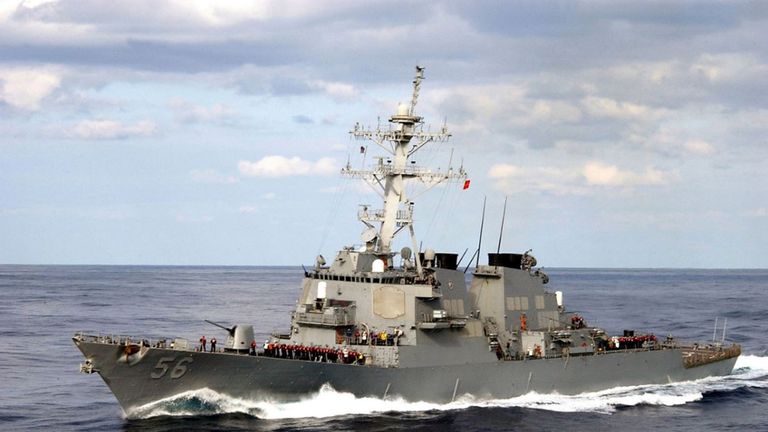 Following the Russian warning, the US warship left the Peter the Great Gulf and returned to neutral waters, Moscow said.

It made no further attempts to enter Russian waters after leaving the area, it said, adding that the Admiral
Vinogradov continued to observe the US warship’s movements and another vessel, a corvette, was deployed to the area.

But the US Navy said its warship had been in international waters throughout as it carried out a “freedom of navigation” operation to assert its rights and challenge what it said were Russia’s excessive maritime claims.

“The United States will never bow in intimidation or be coerced into accepting illegitimate maritime claims, such as those made by the Russian Federation,” said Lieutenant Joe Keiley, 7th Fleet spokesperson.

“The Russian Federation’s statement about this mission is false.

“USS John S McCain was not ‘expelled’ from any nation’s territory.” 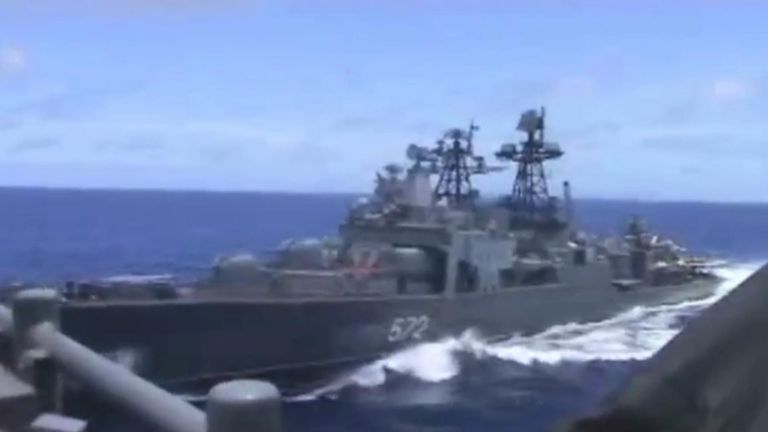 Such incidents at sea are rare, but they illustrate the poor diplomatic and military relations between Russia and the US.

In June last year, Russia and the US both accused each other of dangerous behaviour after a near miss between two warships operating in the Philippine Sea.

Russian President Vladimir Putin has yet to congratulate President-elect Joe Biden on his victory in the US election over President Donald Trump.