MOSCOW (Reuters) – A Russian diplomat said on Monday a group of more than 30 suspected Russian mercenaries detained in Belarus last week were only passing through Minsk and were on their way to an unnamed Latin American state. 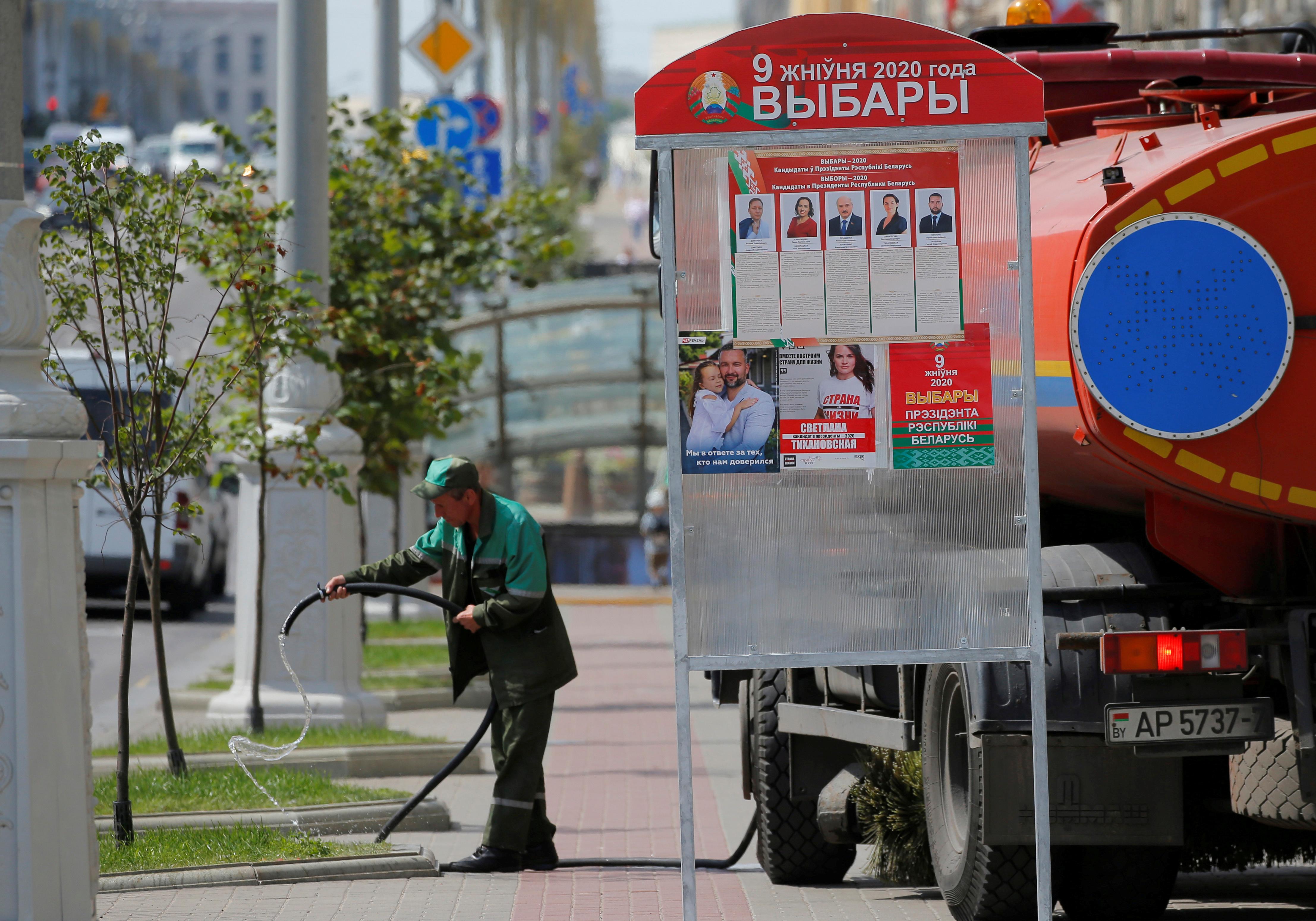 Belarusian authorities have said they suspect the men entered their country to plot “acts of terrorism” and destabilise it before an Aug. 9 presidential election.

Russian officials have dismissed the accusation and described the men as employees of a private security firm. The Russian state says it does not use mercenaries.

The standoff could further strain relations between Minsk and its traditional ally Russia, which soured after the neighbours failed to agree on an oil supply contract for this year.

“Their final destination was one of the states in the Latin American region,” the diplomat, Kirill Pletnyev, was quoted as saying on Monday by the Russian RIA news agency.

Belarus granted Pletnyev consular access to the detained men, RIA added. His quotes did not name the Latin American country or give any more details on the identity of the men.

Russia has close relations with a number of Latin American countries including Venezuela, and sent dozens of military personnel to Caracas last year, describing them as military specialists.

On Friday, Alexander Agafonov, the head of the Belarusian investigative group that is handling the case, said the arrested men – some of whom were wearing army fatigues – had given “contradictory accounts” about their plans.

He was quoted as saying that 11 of the arrested men had told authorities they planned to fly on to Venezuela, 15 to Turkey, two to Cuba and one to Syria. Another said he did not know his destination, while three refused to make a statement.

Belarus leader Alexander Lukashenko, who has said he wants a full explanation from Russia, faces his biggest electoral test in years on Aug. 9 as public anger swells over his handling of COVID-19, the economy and human rights.