Ukrainian authorities have reported the village of Kupiansk-Vuzlovy in the Kharkiv region has been liberated from the control of Russian occupiers. The advancement marks another crucial victory in Ukraine’s counter-offensive which has targeted territories under Russian control in the east and south of the country. The liberation of Kupiansk-Vuzlovy poses a particular logistical challenge for Moscow as the settlement hosts a key rail network that had been used to transport essential supplies between Russian battalions.

Footage released by the Ukrainian Ministry of Defence showed a Russian flag, which had been positioned in Kupiansk-Vuzlovy, torn to the ground.

A Ukrainian soldier stands upon the flag having declared the area free of Russian invaders and the village returned to the control of local authorities.

To mark the liberation of the settlement, a Ukrainian flag was hoisted in the town, and signifiers of the Russian occupation were swiftly removed.

The Ukrainian Government said: “One of the largest railway stations in the east of Ukraine is located there. The occupiers used it in their supply route. The offensive in Kharkiv continues.” 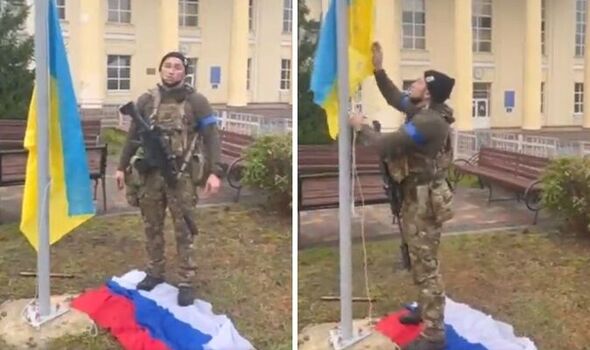 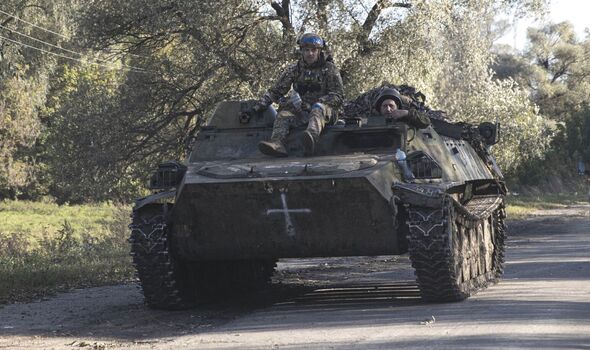 Making use of short-range missile systems, the Kremlin’s military struck the Pechenihy dam in Kharkiv.

The UK Ministry of Defence suggested the attack was conducted in a bid to flood possible crossing points for the Ukrainian military and, therefore, prevent the further advancement of President Zelensky’s troops.

Similar strikes were observed earlier this month on the southern Karachunivske Dam near Krivyy Rih, which is the hometown of the Ukrainian President.

Despite efforts by Russian military forces, the Ukrainian counter-offensive has made swift progress since the beginning of September, reclaiming at least 2,000 square kilometers of territory.

Read more: Putin may have ‘ladder kicked from under him’ over nuclear threats 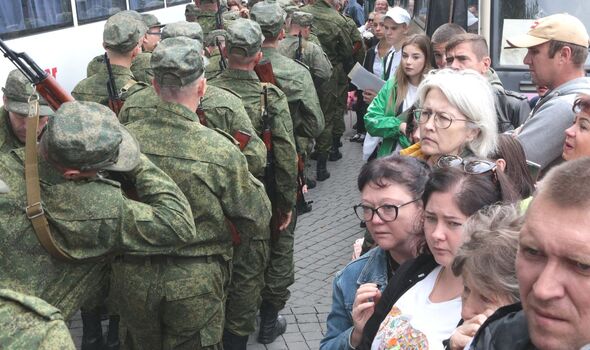 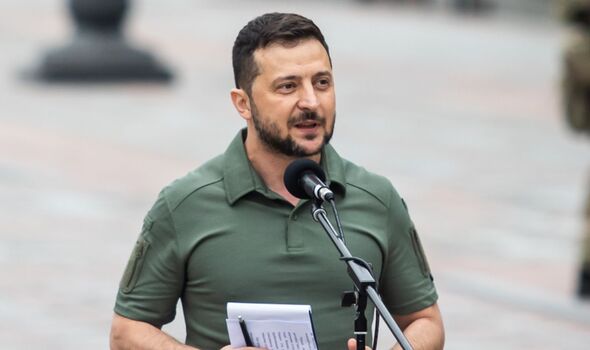 Intelligence reports from Ukraine have previously highlighted a growing complication of the logistics surrounding resupply routes for Russian forces.

President Putin’s army has been reported to be operating in an increasingly undermanned and ill-equipped fashion, with the invading troops forced to use outdated and poorly maintained Soviet-era weapons.

In a bid to boost Russian forces on the frontline, the Kremlin has ordered a partial mobilisation of reserve troops, set to add 300,000 additional soldiers to the conflict. 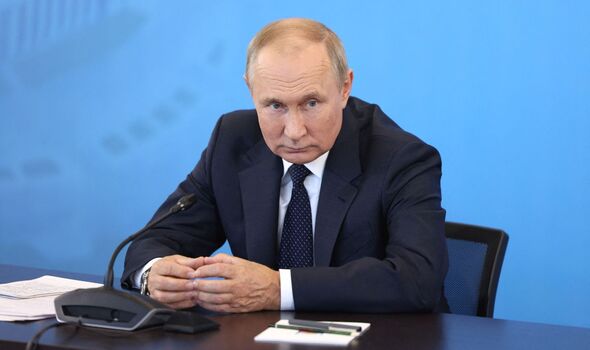 In an effort to legitimise their claim over occupied territories, Kremlin authorities have conducted a series of pseudo-referendums within Ukraine, forcing civilians to vote on whether their home should be annexed by Russia.

World leaders and allies of Ukraine used the UN General Assembly to brand the referendums a “sham” attempt by Moscow to assert claim over regions taken by military force.

President Putin is expected to discuss the results of voting in an address to the Kremlin on Friday, as the referendums are set to conclude by Tuesday.

The UK Ministry of Defence reported: “Russia’s leaders almost certainly hope that any accession announcement will be seen as a vindication of the “special military operation” and will consolidate patriotic support for the conflict.”

Authorities suggested this outcome would be unlikely given an “increasing domestic awareness” of Russian military failings and civilian backlash over the partial mobilisation decree.