If referendum sees Russians agree to constitutional changes, Putin could potentially stay in power until his eighties. 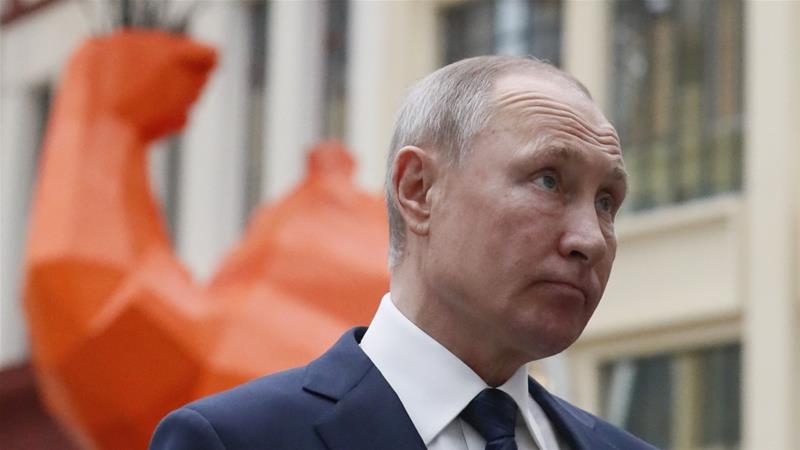 Russia’s Constitutional Court has approved a package of amendments including a “reset” of President Vladimir Putin’s previous terms, giving him the chance to rule until 2036.

The approval came two days after Putin signed a reform bill, which opposition figures have criticised, saying it will allow the Russian leader to become “president for life”.

Putin, 67, unveiled an overhaul of the constitution in January which the Kremlin cast as a redistribution of power from the presidency to Parliament.

He appeared in Parliament on Tuesday to endorse a new amendment that would allow him to ignore a constitutional ban requiring him to stand down in 2024.

The move, which must still be put to a nationwide vote due next month, raises the prospect of Putin serving another two six-year terms after 2024, although the Kremlin points out that Putin has not yet said whether he will run again.

The constitution currently lets a president serve two consecutive terms, meaning Putin would have to leave office in four years.

The Constitutional Court’s blessing was delivered in a 52-page ruling posted on its website on Monday.

Putin’s allies have supported the move.

The head of the upper house Federation Council said Putin had “raised Russia from its knees”, while others claimed he was the stable leader needed in turbulent times.

However, the president’s critics, including chief opposition figure Alexei Navalny, said Putin was securing himself at least another 12 years in power, potentially allowing him to rule longer than Soviet leader Joseph Stalin.

Protesters have gathered recent days in a series of one-person picket protests, the only kind of demonstrations allowed in Russia without previous permission.

The opposition has called for mass rally against the plan but gatherings of more than 5,000 people are currently banned in Moscow over coronavirus fears.

Earlier on Monday, more than 18,000 Russians signed a petition denouncing the reform as “politically and ethically unacceptable”.

“We believe the threat of a deep constitutional crisis and an unlawful anti-constitutional coup … is hanging over our country,” the petition, signed by prominent scientists, journalists and writers said.

In line with Putin’s conservative views, the reforms also enshrine a mention of Russians’ “faith in God” and stipulate that marriage is a union between a man and woman, effectively banning gay marriages.

The amendments ban giving away Russian territory and outlaw calls promoting such a move, as well as protecting the “historic truth” about the country’s role in World War II.

A number of social reforms are also included, among them a minimum wage that should not be below the subsistence level and state pensions regularly adjusted to inflation.