A Russian soldier urged Ukrainian forces to “finish” him after he was found trapped under the rubble of a house in Ukraine. A chilling clip of the exchange was shared online, showing the aftermath of a Ukrainian ambush on a Russian tank. The Russian MT-LB tank crashed into a house in Kupiansk, in the Kharkiv region, trapping a Russian soldier on the front.

The footage, filmed on the Ukrainian soldier’s bodycam, captured the moment the Ukrainian forces come across the injured Russian.

The Russian soldier, whose leg can be seen trapped by a collapsed wall, can be heard saying: “Finish me.”

A Ukrainian soldier responds “easy” before firing a shot right by his head.

Following this, the Ukrainian soldier asks his comrades to cover him as he tries to free the Russian soldier by lifting up the bricks on his leg.

JUST IN: Putin to lose 15,000 troops as army forced to surrender, expert says 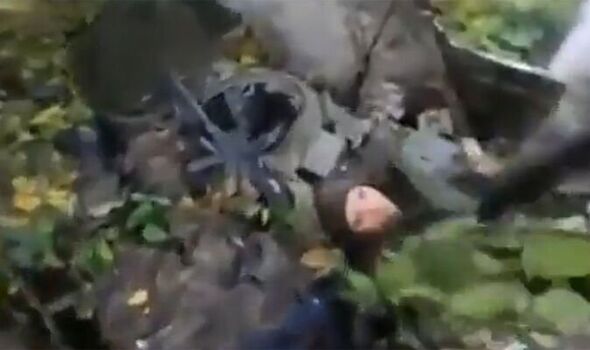 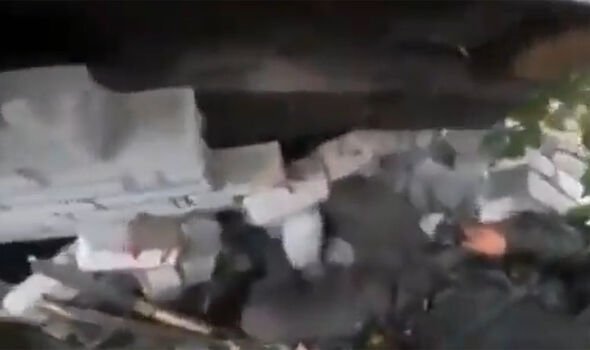 This takes place as shooting and ongoing fighting can be heard in the background.

He says: “Please cover me from the garden, I’ll get him out.”

The Russian says he is from Kostroma, a city in western Russia, prompting the Ukrainian to respond: “We are in Kupiansk.

“Why did you come here to kill people?”

The Russian combat soldier insists he has not killed anyone and is a doctor. 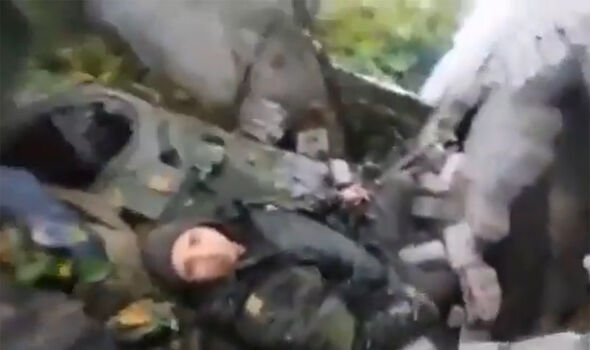 The Ukrainian responds: “If you were really a doctor, you’d never come here to kill civilians.”

At the end of the video, the Ukranian says he is struggling to free the man, with the fate of the soldier unclear.

This comes as Ukraine’s defence minister, Oleksiy Reznikov, today urged Russian fighters to lay down their arms, promising them “life and safety” if they do so.

In a direct message to demoralised Russian troops, Mr Reznikov tells them: “You can still save Russia from tragedy, and the Russian army from humiliation.

“Our president is visiting the frontline. He is with his army. And where is yours?”

‘Putin doing everything dictators do before they are toppled and shot’ [COMMENT]
EU Parliament chief doubles down on Brussels’ energy power-grab [VIDEO]
Kate and William red-faced as fan questions baby no.4 chances [REACTION] 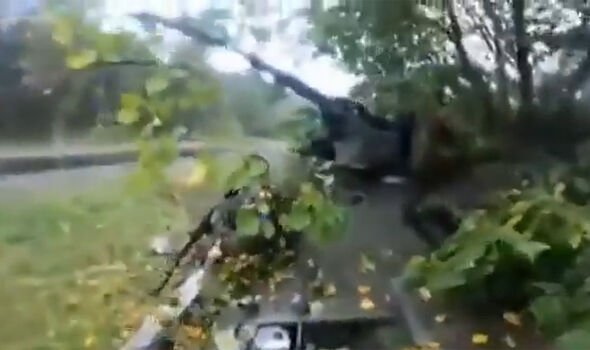 He says that Russian troops have been “deceived and betrayed” by the Kremlin, adding that they are now paying “with blood for someone’s fantasies and false goals”.

Meanwhile, Ukrainian President Volodymyr Zelensky has confirmed huge gains have been made against Russians in the southern region of Kherson.

He said more than 500 sq km have been liberated since the start of October.

Kherson was one of the four regions in Ukraine that President Vladimir Putin illegally annexed last week to the outrage of Kyiv and Western allies.

‘My soul aches for Ukraine’ Flats turn into rubble after being hit …
Putin warned Wagner Group ‘dissatisfied’ as 1,500 soldiers dead
Putin’s war is threatening Russia’s existence as a state – professor
‘Putin doing everything dictators do before they are toppled and shot’
Putin’s full-scale war destroying Russia’s own elite military force