Novoshakhtinsk is a nondescript former mining city on Russia’s border with Ukraine. It is not the place for a day-trip.

But six days a week, two or three buses pull up to the local community centre and passengers pile out clutching documents.

They are all residents of the separatist republics of Eastern Ukraine and they have come to Novoshakhtinsk for a passport far more powerful than the ones they carry, from the self-proclaimed Donetsk or Luhansk People’s Republics.

More powerful too, they feel, than their Ukrainian passports. 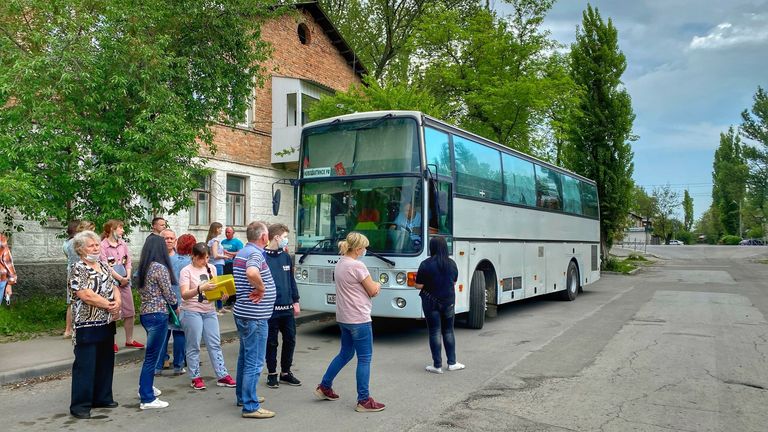 They are the beneficiaries of the Russian president’s passport largesse. They will all return to their homes in Donbas, Eastern Ukraine, as dual citizens.

“I have Russian roots, my parents are Russian and I was raised in the Soviet Union,” says Ludmila Sobol.

“I am a patriot and I’m Russian. That’s why the time has come for me to be a real Russian, with Russian citizenship.”

“I feel relieved,” her husband Alexander says. “Everything has come full circle.” 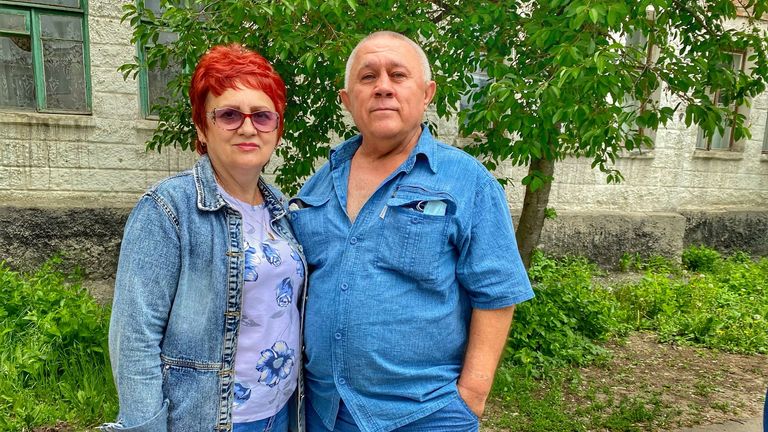 Since 2019, Russia has handed out more than half a million passports to residents of the separatist republics.

Ukraine refuses to recognise them and has expressed frustration that the EU has not levied sanctions on Russian officials involved in issuing them.

At the end of May, Ukraine’s President Volodomyr Zelensky described it as the first step towards the full annexation of Donbas.

Russia’s policy of “passportisation” is consistent across the disputed territories which percolate the former Soviet republics – in Abkhazia and South Ossetia, technically still Georgian; in Moldova’s Transnistria too and, of course, in occupied Crimea. 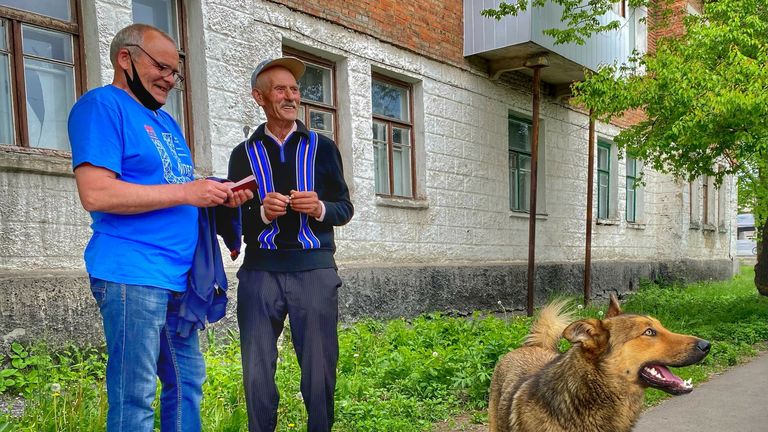 Most of the younger members of the group want to move to Russia.

“The quality of life and salaries are much better,” one girl tells me. “Everyone knows that.”

I ask her if she thinks Donbas will one day be a part of Russia.

“Probably, I would hope so,” she says. “People in general are waiting for this.”

Drive north along the border from Novoshakhtinsk and you reach a town called Donetsk.

Its more famous namesake is the most important city of the separatist republics and still the centre of Eastern Ukraine’s struggling coal industry. 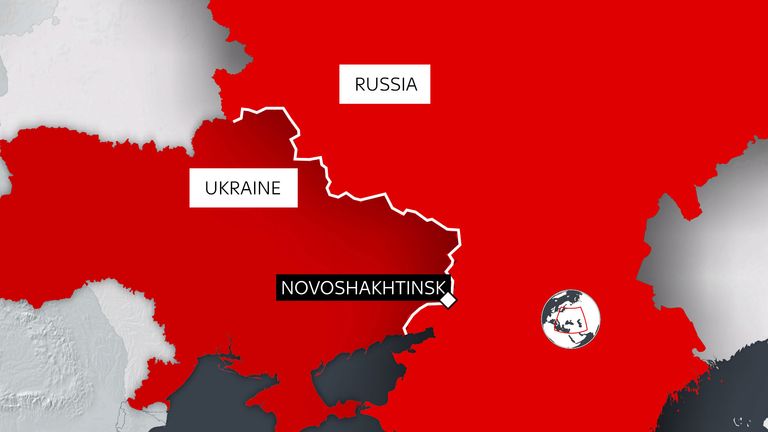 In this Donetsk, on the edge of the Donbas coal basin, most of the mines closed down decades ago.

There is a factory that produces towels and work for people in local shops, but a lot of the residents do shift work in Moscow or elsewhere across Russia.

Victor and Victoria are eating sandwiches in the sunshine. They don’t want to give their surnames.

They think the other Donetsk will soon be a part of Russia too.

“Probably in the near future especially if they come here to get passports in such large numbers,” Victoria says.

“That’s why I think soon everything will be united.”

But it hardly needs to be.

Crimea was one thing – a full blown annexation of the far larger, war-weary territory of Donbas would be quite another. 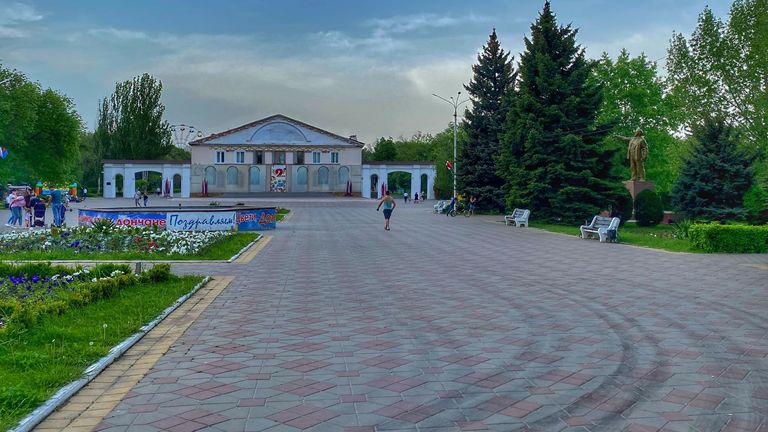 Russians are far more ambivalent about Donbas than they were about Crimea, which the majority – many of whom have holidayed there throughout the pandemic – feel was always rightfully theirs.

Annexing Donbas from the perspective of the Kremlin, (which denies being anything other than a concerned observer to the conflict), would be over-reach.

Naturalising the residents of Donbas while continuing to back the separatists militarily means any solution to the Ukrainian conflict remains as remote as ever.

That’s just the way Russia wants it. At once a demographic boon for Russia and yet another assault on Ukrainian sovereignty.