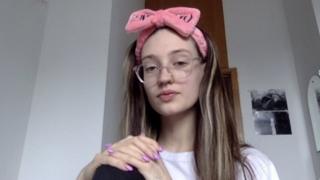 When a Russian woman shared a detailed account of an abusive relationship with a former partner on social media this week, it touched a nerve.

Within hours, Twitter was filled with stories of drunken harassment, unwanted attention and even sexual assault that women and men said they had suffered at the hands of partners, colleagues or acquaintances.

Many of those named responded with apologies and regret. Some of the allegations related to a circle of people in Moscow’s liberal media.

Several women complained that a leading journalist, Sergey Prostakov, had touched them inappropriately on a number of occasions, including in the office. He was editor of opposition website MBKh Media, funded by exiled Russian oligarch Mikhail Khodorkovsky.

One incident dates back to an alleged sexual assault in 2014 during a party at Prostakov’s flat. He is said to have stood by but is not alleged to have taken part.

By Tuesday morning, Prostakov had resigned and posted an extended apology, saying he was ashamed of what had happened.

An MBKh Media colleague, Andrey Zolotov, who was at the party has also resigned and denies wrongdoing.

Editor-in-chief Veronika Kutsyllo said she had not been aware of problems with Prostakov’s treatment of female colleague and said their resignations were the right step to take.

‘No has always meant no for me’

Other liberal journalists were caught up in the flurry of allegations.

Pavel Lobkov, a veteran journalist on national TV in the 1990s who later joined opposition channel TV Rain, was the subject of tweets from several men complaining of unsolicited attention and advances.

Lobkov apologised to everyone who had come forward, saying that he had come of age when “students were sleeping with their teachers, and hugging or even kissing a colleague at a party was completely normal”.

“No has always meant no for me, and I have never used violence or blackmail. I have never abused my power of office, which I have never had, because I was never a boss.

“But this does not justify me. I have not noticed how things have changed and a new ethic has arrived with its new definitions of personal space and untouchability.”

A similar outpouring happened in Russia in 2016, when the hashtag “I am not afraid to speak” (Я не боюсь сказать) swept social media even before the MeToo movement in the US.

What stands out here is the spontaneity. There is no hashtag or name. It seems to have started from a single tweet which reverberated with dozens of women and men, mostly very young and part of the hip, liberal Moscow circle. They wanted to publicly call out the people who, they felt, violated or harassed them.

And it began with Valya Dekhtyarenko, who retweeted her friend’s testimony, naming her alleged abuser, and actively encouraged other women and men to come forward.

“It started with my close friend writing about the emotional and sexual violence she had experienced while dating this man. I wanted to name him because I knew about other incidents of abuse,” she told BBC Russian.

Harassment is not limited to liberal media circles, says Ms Dekhtyarenko, but what makes it especially appalling is the hypocrisy.

“These are the progressive media who have been disclosing sexual harassers amongst Russia’s ruling elites.”

As someone who works for an NGO offering citizens legal advice, she was sick of keeping her mouth shut and pretending everything was OK.

After learning about her best friend’s experiences, she encouraged others to share their stories, in a private exchange or anonymously. Many felt strongly enough to start sharing publicly.

Some observers wondered whether the campaign had been secretly instigated by Russian authorities – as the FSB searched the homes of Prostakov and some other independent journalists last week.

But Valya Dekhtyarenko says that is not the case and “there is no good time to revelations like this”.

“It became clear that if this is not shared publicly, the number of victims will grow and they will keep quiet for years.”

But there is not universal backing for the campaign and some have spoken of a “public hounding”.

Ms Dekhtyarenko is adamant that naming and shaming is vital to help break the silence, when some people suspect there is a problem but do not interfere.

The man she initially named has since apologised to all the women he has wronged and says he will donate money to an anti-violence charity.

“I hope the victims have the strength to keep going and to listen to themselves and to not be afraid, to ask for help and make these stories public,” she says.