Fires in the Santa Cruz area of California has so far burned more than 67,000 acres. Nearly two dozen massive wildfires continued to burn across California this weekend. The California fires have been fuelled by high temperatures and lightning strikes.

On Saturday, US President Donald Trump declared the fires to be a major disaster.

The declaration allows federal funds to be used to help people and businesses harmed by the fires to pay for temporary housing, home repairs and other needs.

It came despite a threat from Mr Trump earlier this week to withhold aid from California.

The California Department of Forestry and Fire Protection (CalFire) said the blazes have burned more than a million acres. 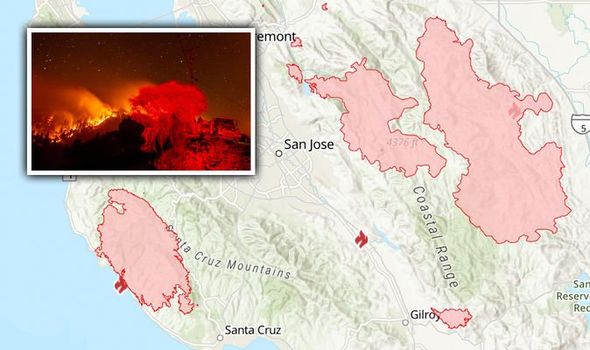 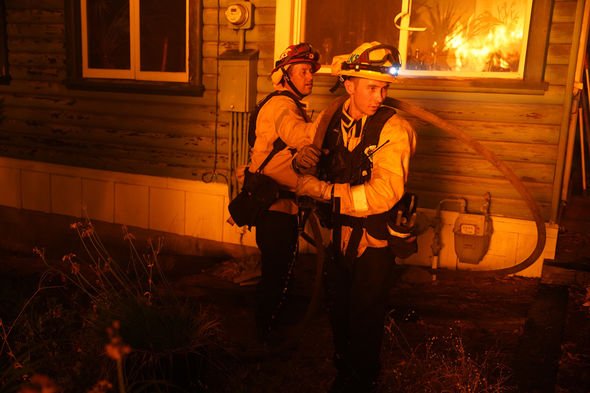 So far, the wildfires have killed six people in California, while approximately 700 buildings have been burned to the ground.

Close to 14,000 firefighters have been deployed to fight the fires.

However, containment of the largest blazes remains low, CalFire said on Saturday.

A fire marshal in the city of Fresno said “they’re scrambling” for more people to help tackle the infernos. 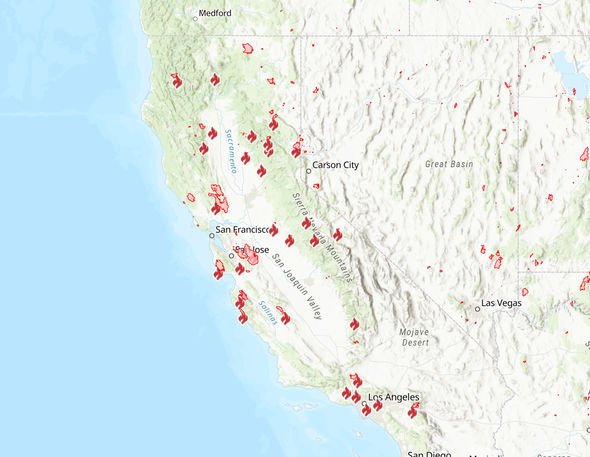 Where are fires in Santa Cruz?

Bulldozers cut fire lines in the city and flames came within a mile of the University of California Santa Cruz campus.

Firefighters in the Santa Cruz Mountains took advantage of cooler weather and less wind to battle the fire that so far has burned 67,000 acres.

However, containment remains at just 10 percent.

The National Weather Service has issued a red-flag warning of extreme fire danger.

The warning is in place from 5am on Sunday to 5pm on Monday, local time. 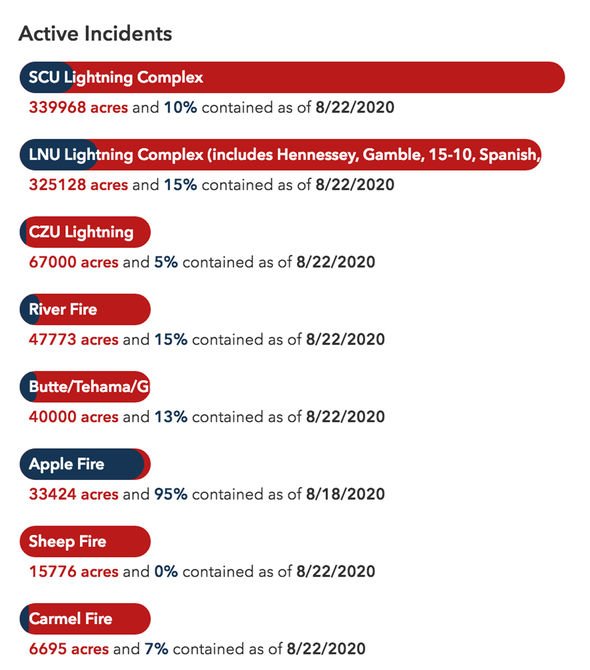 The area included in the warnings stretches from Sonoma County all the way through Monterey County.

CalFire assistant deputy director Daniel Berlant said: “Even one more fire is too many fires.

“With the potential of more lightning-sparked fires being in the dozens to hundreds, it is going to be a significant issue if we have more large, damaging fires.”