Tensions between the US and the Soviet Union were born out of World War 2 after US President Harry Truman kept a secret from Joseph Stalin about the true force of his nuclear weapons that were later dropped on the Japanese cities of Hiroshima and Nagasaki. As a result, the Kremlin raced to create a nuclear arsenal capable of matching the might of its newfound rival in a bitter spat that would ensue for more than four decades. Many historians dub the Cuban Missile Crisis as the closest the world has come to all-out nuclear war when Soviet Premier Nikita Khrushchev agreed to fulfil Fidel Castro’s request to place nuclear missiles on the Caribbean island.

But, YouTube channel ‘Dark Docs’ revealed in its ’Nuclear Weapons Accident at Sea’ series how the US could have been the architects of their own disaster on more than one occasion.

The narrator said: “During the Cold War, the world’s oceans were awash with American nuclear weapons.

“Most of these deployments remained a secret until the 2016 declassification of the report, revealing the true extent of America’s nuclear stockpile at sea.

“Aboard surface ships, submarines and aircraft carriers, over 5,000 nukes crisscrossed the waters of the world posing an often unknown threat to any that encountered them. 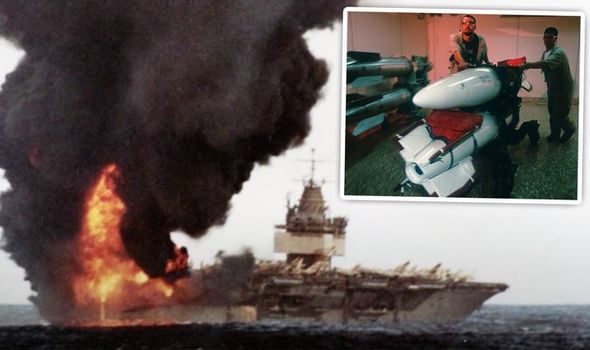 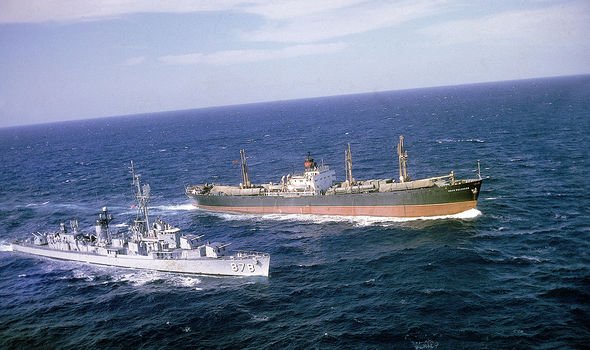 “The risk of nuclear accidents was extremely high and a number of incidents including explosions collisions and fires brought these sea-based weapons only seconds away from disaster.

“The formerly classified data, released by the Department of Defence reveals the impressive amount of nuclear weapons between the Fifties to the Nineties.”

And the series went on to detail some of the sobering contents of the report.

It added: “Maritime distribution reached an all-time high in 1975 when 6,191 were at sea – the same year the US Atomic Energy Commission got split into Energy Research and Development Administration and the Nuclear Regulatory Commission.

“In the Sixties, the stockpile surpassed 30,000 weapons and the majority were sent to the Atlantic Ocean as a pre-empted defence mechanism against the USSR. 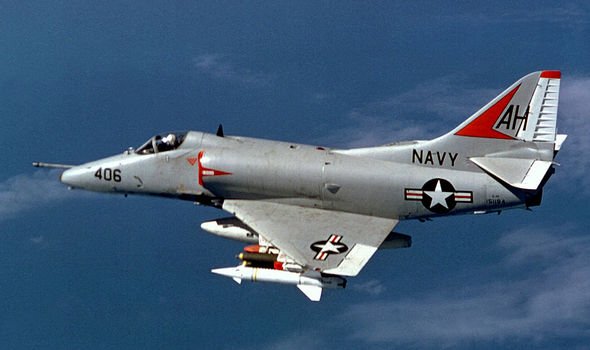 “After 1991, when President Bush Senior announced the removal of non-strategic nuclear weapons from surface ships, the information was cut from off.

“While missiles continue to be deployed to the world’s ocean, the exact details on how many and where is kept secret.

“Carrying these nukes on ships and submarines without an attack target did not mean that they always remained unused, but as with any moving vehicles, these vessels were subject to accidents.”

The series detailed how some nuclear weapons were lost at sea during transport.

It explained: “The nuclear weapons themselves became compromised during a number of incidents, exploding accidentally, or even being lost at sea. 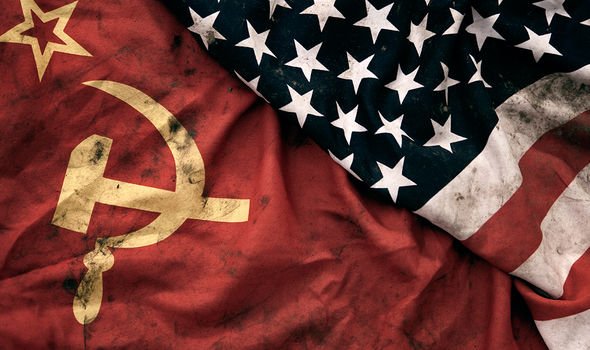 “While the accidental loss and endangerment of such an important and potentially harmful tools of war may seem baffling, events unfolded where such accidents did occur.

“In 1965, an A4E plane, armed with a thermonuclear weapon simply rolled off the deck, sinking with the bombs somewhere between Vietnam and Japan.

“The sunken aircraft and cargo have yet to be found.

“Then again in 1968, the attack submarine USS Scorpion, which was nuclear powered and reportedly carrying at least one nuclear weapon, suffered an undisclosed accident and sunk about 600km away from the Portuguese Azores.

“To this day, the details of the cargo and the incident remained top-secret.”

But, other accidents could have had even more serious consequences. 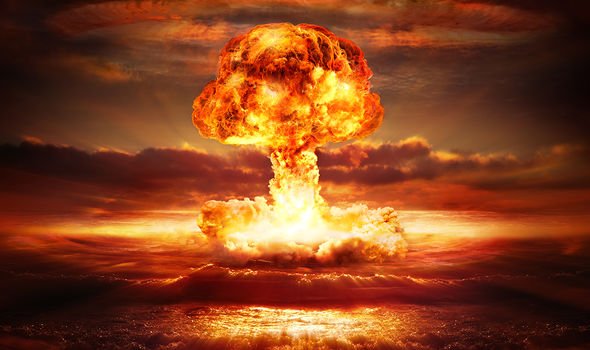 The narrator explained in February: “Perhaps more challenging and dangerous were the accidents involving fires or explosions that also interfered with the relatively peaceful but threatening movement of mass destruction weapons around the world.

“On January 14, 1969, the USS Enterprise was being escorted by two destroyers when an MK-32 Zuni rocket on an F4 Phantom packed on the carrier exploded from overheating.

“The fuel tank of the aircraft exploded as well, launching a chain of explosions throughout the carrier, which took over the back of the ship.

“At the time, it likely had around 90 nuclear weapons on board and was powered by eight reactors.

“Response to the fire was immediate and it was soon brought under control.”