Met Office weather forecasters have predicted a snowy weekend for much of the UK. Snow currently hammering Scotland and other areas in the north will move down the country over the coming days. Danish authorities have named the storm Darcy, and it will shift snow into the south of England from mainland Europe by Sunday.

Dutch agency the Royal Netherlands Meteorological Institute (KNMI) named the storm ahead of its UK landfall this weekend.

Announcing the news via Twitter, KNMI said the “low pressure” system would push temperatures below freezing and bring “dangerous” conditions.

The agency wrote: “The KNMI has given a name to the low-pressure area that will provide #snow on Sunday: #StormDarcy.

“We expect #snow, strong winds and temperatures below zero.” 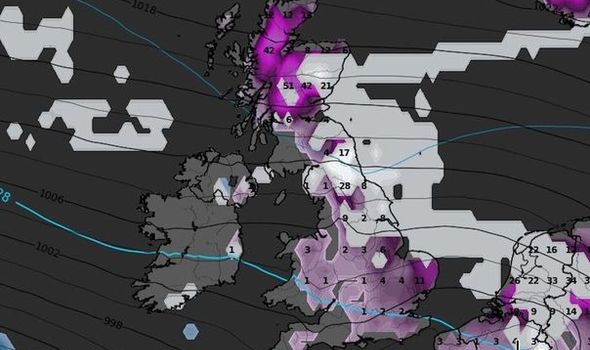 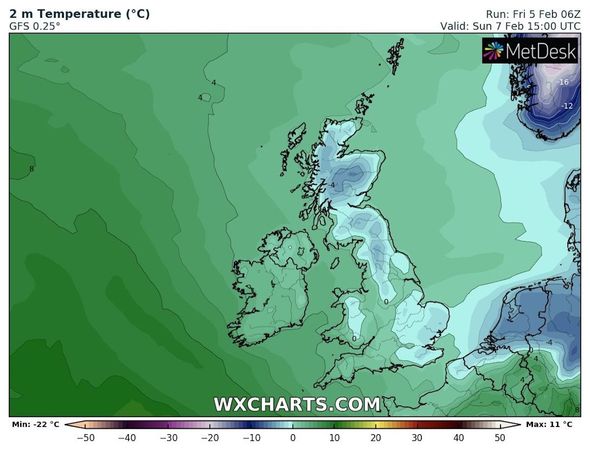 “In combination with accumulations of #snow, this can lead to dangerous situations.”

The Met Office has concurred with KNMI’s prognosis, with several warnings now in place for the UK.

Paul Gundersen, the agency’s Chief Meteorologist, said Darcy could cause more than a foot of snow.

He said: “The UK is in for a notably cold and snowy period over the next week, with very cold air in place over the whole of the UK by Sunday.” 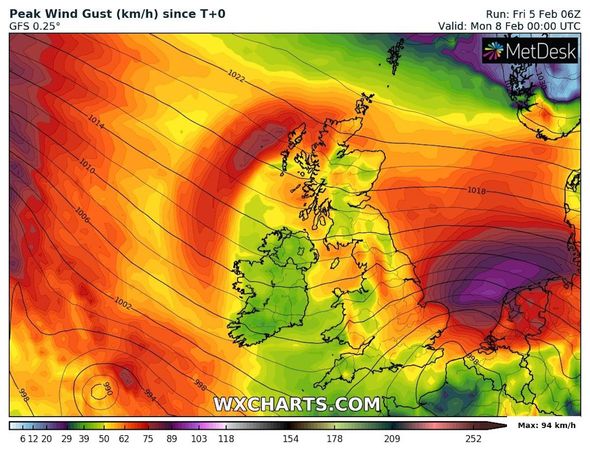 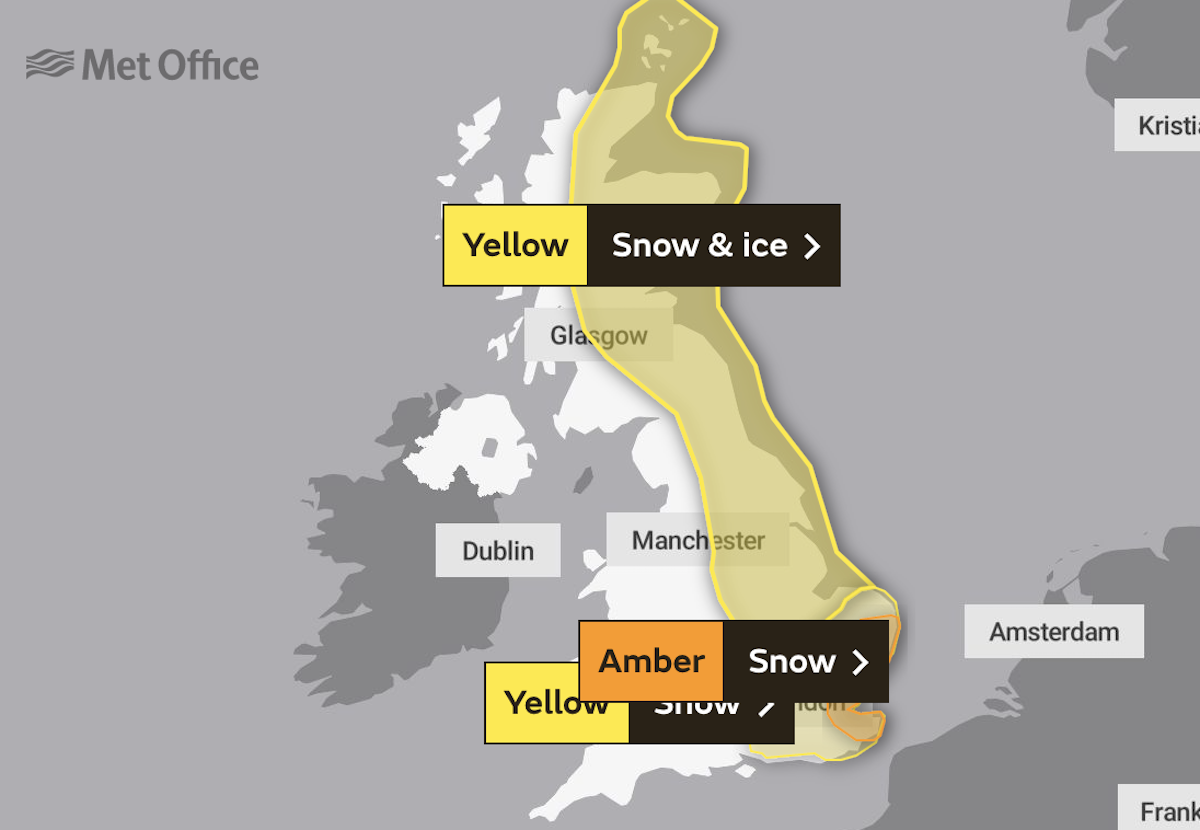 “Within the Amber warning area, more widespread snow is expected and we could see 5 to 10cm of snow quite widely, with a chance that a few places could see 20cm or more.

“With such severe weather around it’s important to keep up to date with the latest forecast.”

From today to Sunday, millions of people will reckon with yellow and amber weather advisories. 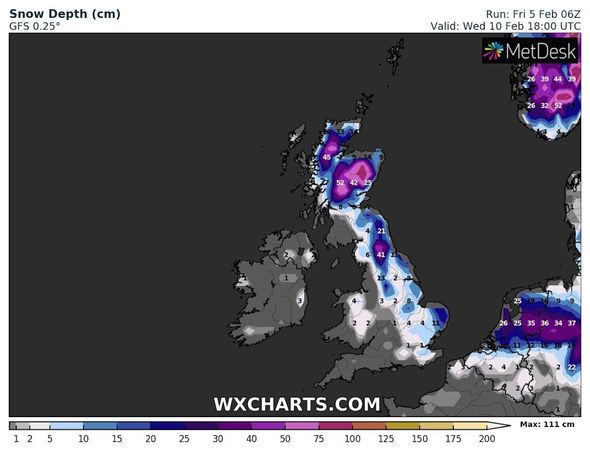 Scotland will likely bear the brunt of the storm, with amber alerts predicting up to 30cm of snow in some places.

The amber warnings drift south to the coast by Sunday, as Darcy makes landfall.

London and the southeast is on course for accumulations up to 10cm.

The rest of the country’s eastern side should see less snow, with up to 5cm expected widely.

A snow and ice warning for the area states snow coverage will vary, with some places more likely to see rain.

Part of the warning reads: “Not all locations will see snow, with the showers likely to miss some places altogether.”

“In addition to the showers, there is a potential that an extended period of more persistent snowfall could impact parts of the East Midlands overnight Saturday and through Sunday.

“This is all likely to bring areas of accumulating snow through the period with some icy stretches developing, with many parts seeing 2-5cm of snow, with 10 to 15cm possible, especially above 200m in northern England and Scotland.”