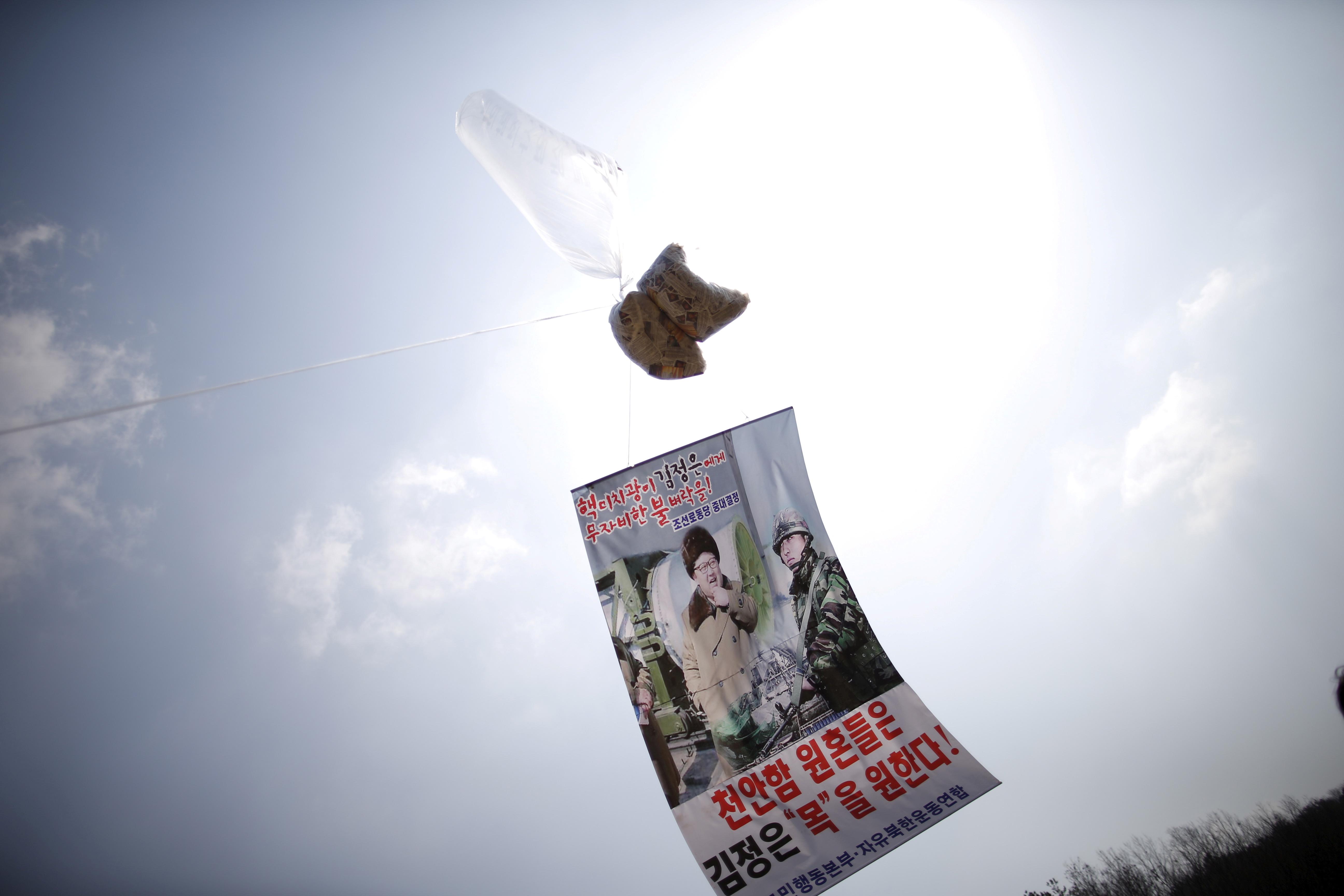 SEOUL (Reuters) – South Korea cancelled on Friday the licences of two anti-North Korea groups that send propaganda leaflets into the North infuriating its government and undermining South Korean efforts to engage with its isolated neighbour.

Groups run by North Korean defectors have for years sent anti-North Korea leaflets, along with food, medicine, $1 bills, mini radios and USB sticks with South Korean dramas and news, into North Korea usually by balloon or in bottles on border rivers.

The government of South Korean President Moon Jae-in is keen to improve ties with the North and so asked the groups to stop sending the propaganda but they rejected the request.

The Ministry of Unification, which handles relations with the North, said it had revoked the licenses of two groups – Fighters for a Free North Korea and Kuensaem Education Center.

“The groups’ distribution of leaflets and goods to the North gravely hindered the government’s unification policy and efforts to promote it, caused danger to the border-area residents’ lives and safety, and created tension,” the ministry said in a statement.

Last month, tension flared after North Korea, angry about the propaganda leaflets, blew up a joint liaison office on its side of the border and threatened military action.

Without a non-governmental organisation (NGO) licence, the groups will not get tax exemptions or be allowed to hold fundraisers, though donations are still allowed.

The two groups, along with rights organisations, condemned the government action as a bid to silence voices critical of the North in the interest of its political agenda.

“The government has shown a track record of using legislative and administrative measures to pressure NGOs into acting … in line with the policy agenda of the day: friendly relations with North Korea,” a coalition of groups said in a petition it said it sent to United Nations.