SEOUL (Reuters) – South Korea’s President Moon Jae-in faces the biggest crisis yet in his bid to foster reconciliation with North Korea, as it lashes out with the destruction of a joint office and rolls back agreements, but he has few options, analysts say. 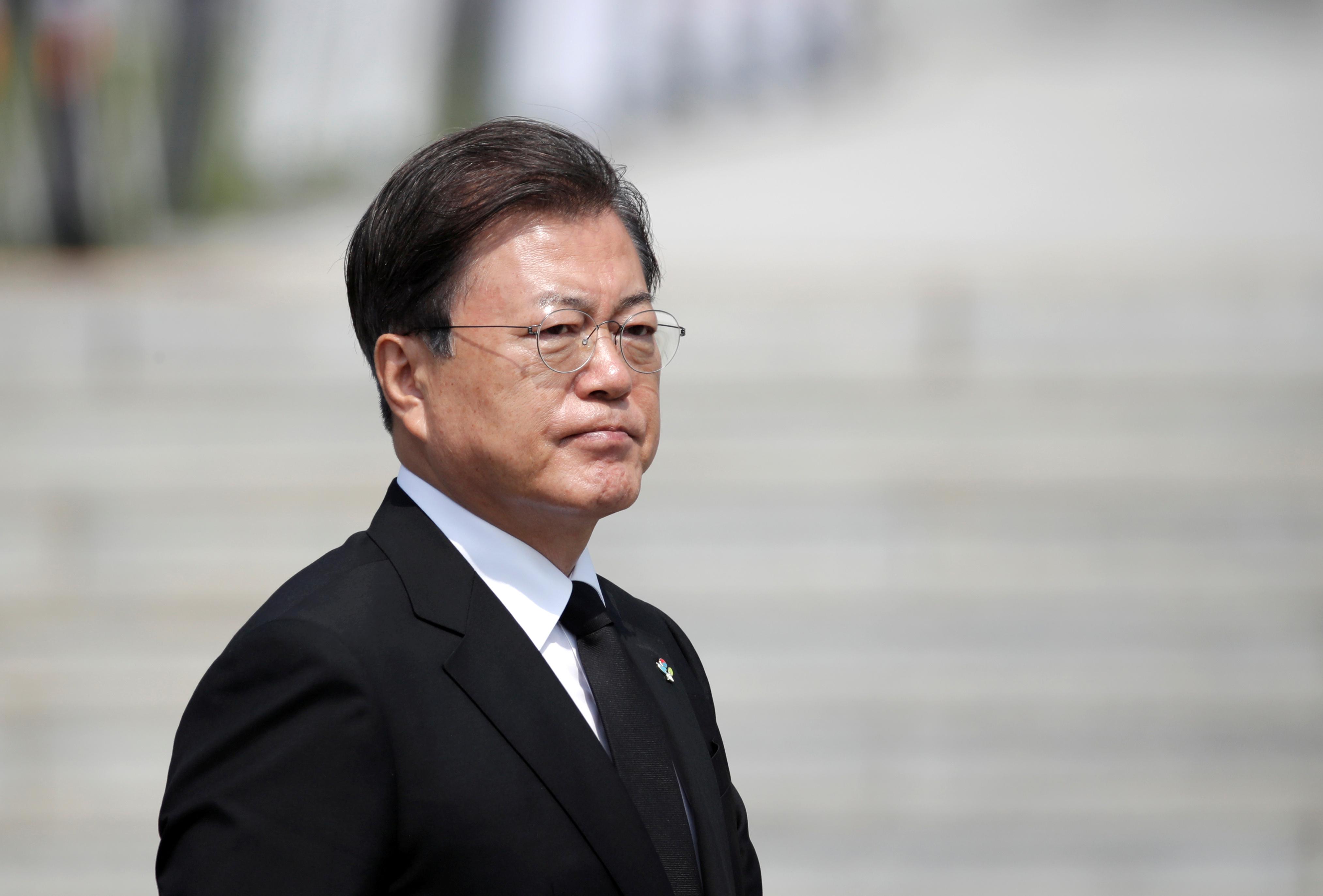 Relations between the two Koreas have plunged to their lowest since Moon took office in 2017 vowing to work to end decades-old confrontation and be a mediator in nudging North Korea to give up its nuclear and missile programmes.

But with South Korea’s ally the United States showing no sign of easing pressure on North Korea, despite President Donald Trump’s efforts to woo leader Kim Jong Un, Moon has found himself stuck between escalating threats from North Korea and the unyielding international sanctions against it.

In the absence of sanctions relief, North Korea has increasingly derided Moon’s calls for engagement between the two Koreas as meaningless.

Moon initially sought to quietly send envoys to defuse the rising tensions this week, but Pyongyang publicly rejected that, triggering a rebuke from Seoul.

South Korea now has to come up with a way of achieving progress with North Korea within the confines of the sanctions, said Jenny Town, a Korea specialist at the Washington-based Stimson Center think-tank.

“It can’t simply come back with more requests to talk about long-term plans or lofty goals, but figure out measures that are practical and don’t require international cooperation to achieve,” Town said.

Moon, who has staked much of his political and diplomatic capital on improving relations with North Korea, has identified a cross-border rail link and a joint factory park and tourism zone as his top priorities this year.

But little progress has been made and it’s not just the North Koreans who are growing frustrated.

Some of Moon’s allies in the ruling party have scolded his government for failing to devise a way to get the projects going without violating sanctions.

Some have also accused the United States and a joint working group designed to coordinate North Korean policy of hampering Moon’s efforts.

“The working group is increasingly seen as an obstacle to inter-Korean relations,” Youn Kun-young, a former aide to Moon, told parliament on Tuesday.

North Korea made its anger all too clear this week, blowing up the joint liaison office on its side of the border, declaring an end to dialogue and threatening military action, reversing the progress that Moon secured in peace talks with Kim in 2018.

On Monday, the day before the office was blasted, some members of Moon’s party urged the United States to give sanctions exemptions so the factory and tourism projects could get going again.

The party also pledged to ratify the agreement with North Korea reached in the 2018 talks.

But a despondent senior official in the presidential Blue House in Seoul said on Wednesday it would make little sense to ratify the pact now that the North was trying to nullify it.

Chun Yung-woo, a former South Korean nuclear envoy, said he believed North Korea was not aiming for a military clash but was hoping to press South Korea through threats, and they could work.

Moon’s administration could not just give up on inter-Korean relations, Chun said, adding: “They have no choice but to make concessions.”

But for now, South Korean officials are perplexed and dismayed by the demolition of the liaison office, a centrepiece of the 2018 agreement.

“We’re still discussing it,” the senior Blue House official told reporters when asked what next.

“The situation is ongoing, and we don’t make all decisions based on future predictions but will be prudent watching developments.”