Nearly 30 beaches along the Costa del Sol, a popular tourist hotspot, were closed temporarily this weekend as holidaymakers flocked to the coast. The Spanish beaches were forced to close during peak times in order to ensure social distancing rules were maintained. It comes after parts of the country went back into lockdown this weekend, due to a spike in coronavirus infections.

Beaches closed along the Spanish coast this weekend, including those in popular resorts such as Benalmadena, Malaga and Anadalucian.

Malaga was most affected by the temporary closures, followed by Cadiz and Huelva, according to regional government figures published by respected Malaga-based paper Sur.

Beachgoers in Cadiz were turned away from the popular Zahora beach near the Cape of Trafalgar, which was shut just after 1.30pm, as well as several small coves in nearby Conil de la Frontera. 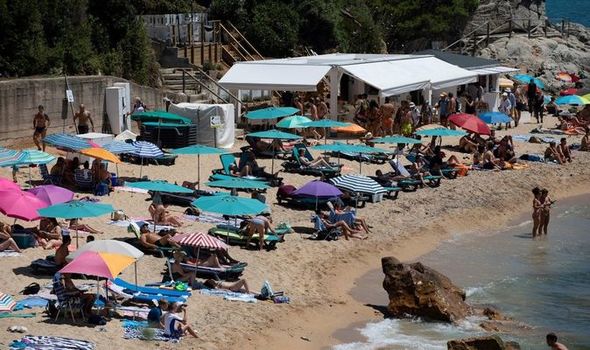 Officials in Chipiona, near the US naval base of Rota, posted information showing two of its beaches – Cruz del Mar and Tres Piedras – had reached maximum or near capacity.

The beaches were closed in order to prevent overcrowding and similar measures are expected to be implemented throughout the summer months.

Beaches in southern Spain are expected to draw large numbers of holidaymakers in the coming weeks and months, as they are normally busiest between mid-July and mid-August. 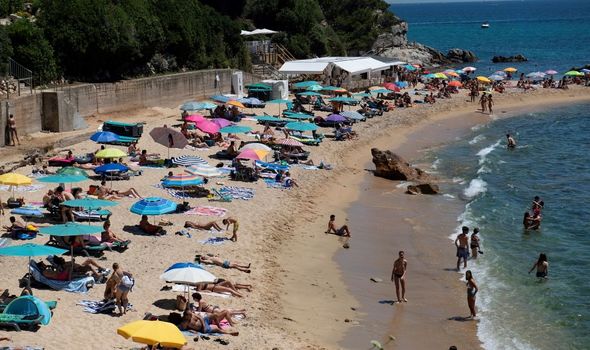 None of the Costa del Sol beaches have opted for pre-booking systems like the one Benidorm on the Costa Blanca is due to start operating when more people are in the resort.