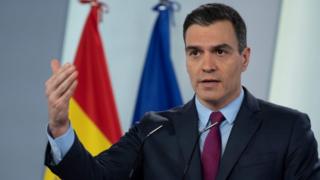 Spain has announced a four-phase plan to lift its stringent coronavirus lockdown and return to a “new normality” by the end of June.

Prime Minister Pedro Sanchez said each region would relax restrictions at a different pace, depending on the severity of its outbreak.

Four Spanish islands will be first to ease measures from 4 May, with the rest of Spain following a week later.

The country has endured some of the world’s toughest containment measures since 14 March, with children banned from going outside for six weeks.

There are signs the epidemic is now in decline, however. On Tuesday Spain’s daily toll of registered virus deaths was 301, according to its health ministry, compared to a high of 950 in early April. The number of new infections also fell to 1,308 on Tuesday, its lowest level since Spain declared a state of alarm on 14 March.

On Sunday, Spanish children under the age of 14 were finally permitted to leave their homes – for one hour a day, between 09:00 and 21:00. 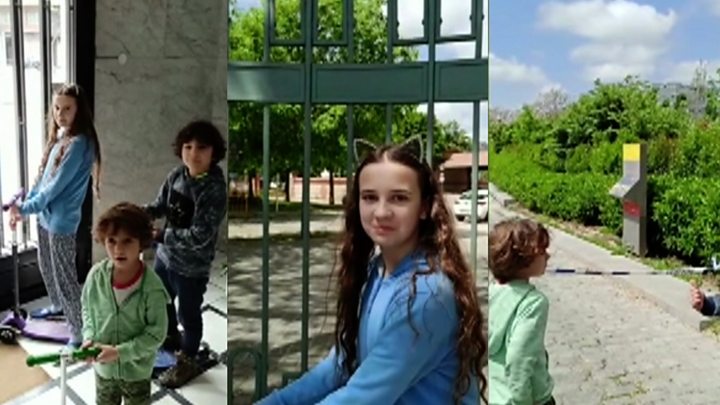 As of 2 May, the rest of the population will also be allowed brief outdoor exercise and walks, if the infection rate continues to fall.

How will Spain leave lockdown?

Spain has already taken an early step, allowing workers in manufacturing, construction and some services to return to work from 13 April.

On Tuesday, the prime minister outlined a fuller de-escalation plan with four phases, each expected to last about two weeks. He said the process would take a minimum of six weeks, and hopefully no more than eight.

“By the end of June, we as a country will have entered into the new normality if the epidemic remains under control,” he said.

Before the plan kicks in, there will be a preparatory “phase zero” from 4-11 May, in which hairdressers and other businesses that take appointments can reopen, restaurants can offer take-away services, and professional sports leagues will go back to training.

Mr Sanchez said provinces would progress to less restrictive phases based on their infection rates, local hospital capacity, and how well distancing measures were being observed.

The government wants remote working to continue wherever possible until June, when the fourth and final phase should be imposed.

Spain had avoided setting specific deadlines for lockdown easing so it wouldn’t miss them if the situation changed, the prime minister said.

Mr Sanchez told Spaniards: “We are starting to glimpse an outcome that will be a reward for the huge collective effort made over the past weeks.”

But he warned that “the virus is still lurking”.

“It’s up to the people now, we are embarking on a journey without a precise route map. […] What we’ve accomplished is enormous, but it could all be lost if we don’t look after each other.”

Spain’s economy has been battered by the impact of the virus, and the Bank of Spain forecasts that unemployment could rise to 21.7% this year.

Mr Sanchez said a recession of “extraordinary scale” was now looming, which would require an extraordinary response from the EU.