Footage has emerged of chaotic scenes in Sri Lanka as thousands of angry citizens stormed the county’s presidential residence. A rally against Sri Lankan President Gotabaya Rajapaksa spiraled out of control, with protesters breaking down barricades and overwhelming police. President Rajapaksa fled the country, with later footage shared on social media showing luggage belonging to him being hurriedly packed onto a navy ship at the Colombo Port.

Dramatic aerial footage showed the moment thousands ran up the steps of the residence and storm the compound.

Footage from inside the complex showed protesters swimming in the residential pool.

Other clips showed demonstrators taking food from the kitchen and celebrating in lavish rooms.

Live streams on platforms like Facebook also showed protesters taking over the president’s administrative offices amid growing calls for him to resign. 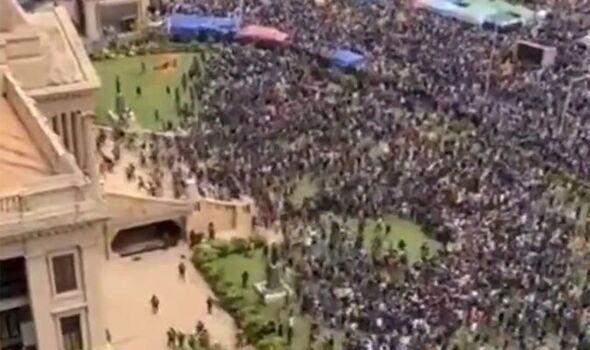 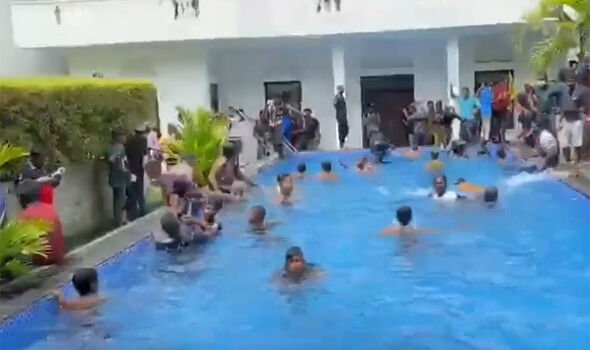 Photos online also showed protesters flooding up the staircase of the colonial-era building chanting slogans against the president.

The president was moved from his official premises to a secure location as a safety precaution, according to two defence ministry sources, ahead of the planned rally.

Police initially tried to control the anti-government rally, deploying teargas and water cannons against the crowds.

Several officers fired shots into the air but protesters overwhelmed the security and surrounded the residence. 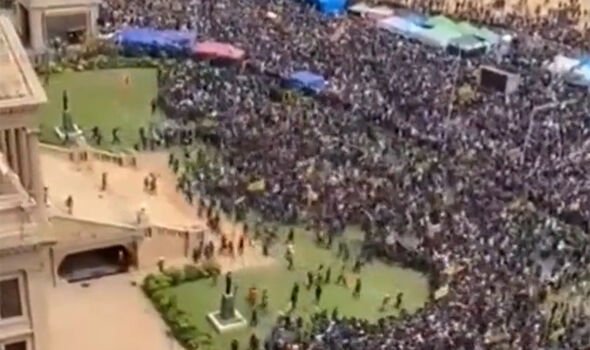 The day before, authorities had attempted to stop the demonstration from taking place by imposing a curfew on Friday night.

The island of 22 million people has faced a severe foreign exchange shortage that has limited imports of fuel, food, and medicine and plunged the country into the worst financial turmoil since independence in 1948.

The unprecedented crisis has meant all sales of petrol have been suspended, schools have shut and medical procedures and surgeries are being delayed or canceled over a shortage of drugs. 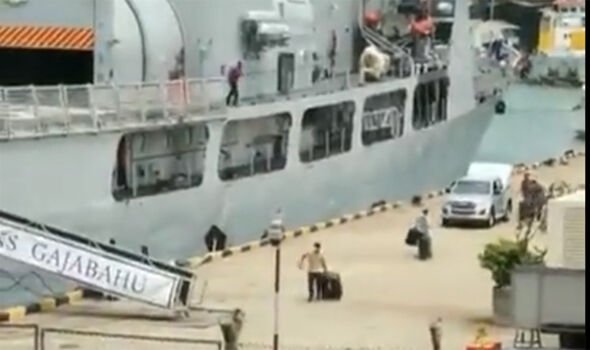 Inflation is at a record-breaking 54.6 percent and food prices have gone up fivefold.

Prime Minister Ranil Wickremesinghe has since summoned the political party leaders for an emergency meeting in the wake of the violence.

At least 30 people including two police officers have been hurt during the unrest, according to National Hospital in Colombo

Earlier this month, the British Foreign Office warned against all but essential travel to the country.