Home » World News » Stonehenge breakthrough: Discovery of ‘immense’ pits ‘like nothing seen before’

Researchers from the Stonehenge Hidden Landscape Project found a circle of “immense” pits near the landmark. The shafts are nine metres wide and five metres deep, and represent the largest prehistoric structure ever found in Great Britain. The discovery, outlined in a journal published in Internet Archaeology, was made near Durrington Walls, a Neolithic henge two miles from Stonehenge in Wiltshire. Professor Vincent Gaffney, Anniversary Chair in Landscape Archaeology at the University of Bradford, spoke of how the find sheds new light on the history of Stonehenge.

He said: “We have managed to locate, using geophysical survey, a series of immense pits 10 metres across five metres deep forming a massive circle over two kilometres across around the henge of Durrington Walls.

“About three kilometres from Stonehenge in what most people would have thought was the most studied landscape in Britain, and possibly the world.

“The Stonehenge landscape is just one immense ritual landscape, but it fits together in ways that we’ve never appreciated before.”

On what the pits were built for, Mr Gaffney said he was unsure, detailing that all they found was bones and stones. 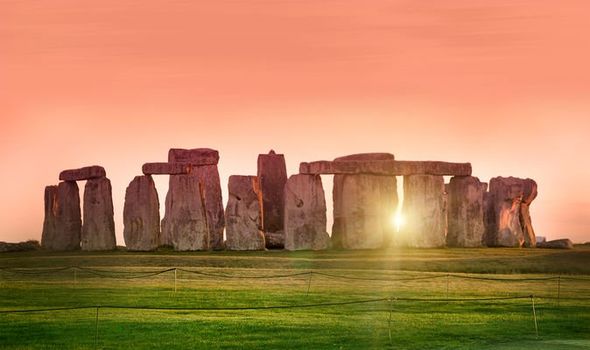 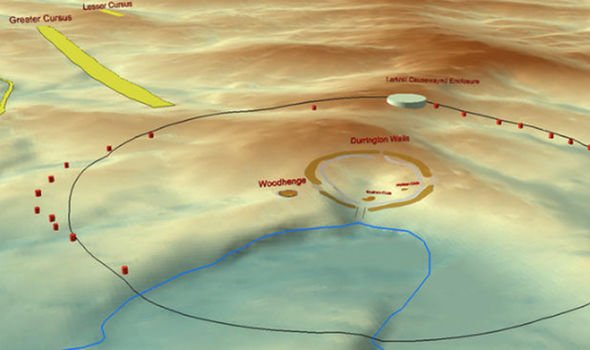 He added: “We don’t really know, they are so big, what we’ve had to do with them so far is actually take cores through them to retrieve dating material. But there’s bone, worked stone within them we know that.

“But their practical use, if you can apply the word practical, in these contexts is currently unknown.”

Applying geophysics at a “grand scale” at Stonehenge allowed archaeologists to produce maps of land in between the known monuments.

Mr Gaffney said that this process led to finds “we’ve never seen before”. 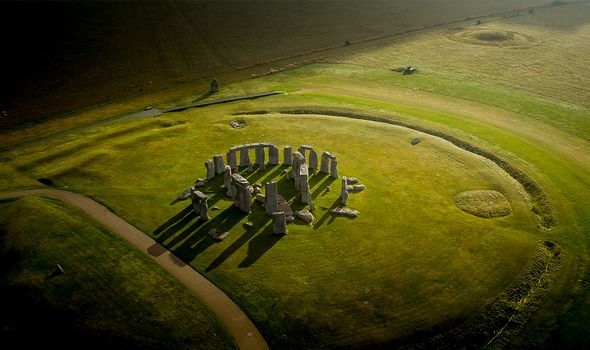 The researchers found nine pits forming an arc from the nearby river Avon.

In total, 20 pits were found forming two arcs around the Stonehenge monument in an unnatural formation, indicating that they were either man-made or natural features that have been appropriated over time.

The scale of the operation suggests some kind of ritual, Mr Gaffney says.

He added: “To a certain extent it’s true that there is no such thing as a ritual site there’s only sites in which rituals occur.

“But none the less the investment in sites like the henges and both at Durrington and Stonehenge involve mobilisation of large communities for esoteric and probably arcane purposes much of which we don’t entirely understand. 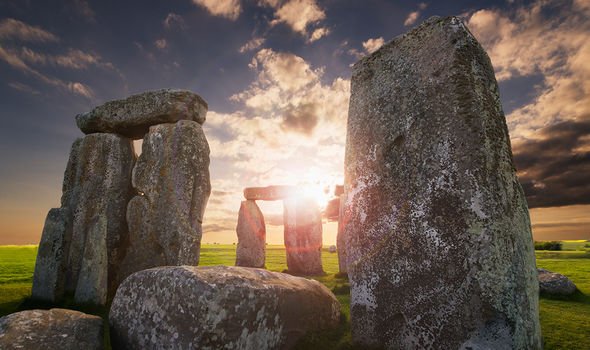 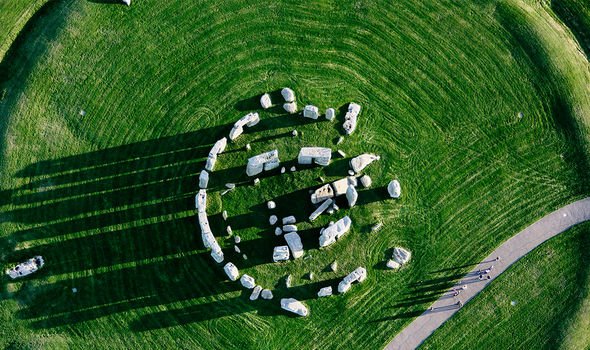 “Whatever they are, they are critical feature of this landscape and we do need to know more about them.”

Stonehenge has been the subject of numerous theories as researchers attempt to trace its history.

It is one of the most iconic and enduring landmarks in the UK, still standing since prehistoric times.

The reason it was built is a question that has led to endless debate, with some archaeologists believing it was constructed from 3000 BC to 2000 BC.

The surrounding circular earth bank and ditch, which constitute the earliest phase of the monument, have been dated to about 3100 BC.

Radiocarbon dating suggests that the first bluestones, located inside the ring of Sarsen standing stone, were raised between 2400 and 2200 BC, although they may have been at the site as early as 3000 BC.