Tens of thousands of people are being urged to move away from coastal areas in India and Bangladesh ahead of a super cyclone expected to hit the region.

Amphan, which could be as strong as a category five hurricane, is set to be one of the region’s most powerful storms in about a decade with winds up to 98mph.

There may also be tidal waves and heavy rainfall that could lead to major flooding.

Officials are scrambling to move people away from coastal areas, but are facing setbacks due to the coronavirus outbreak. 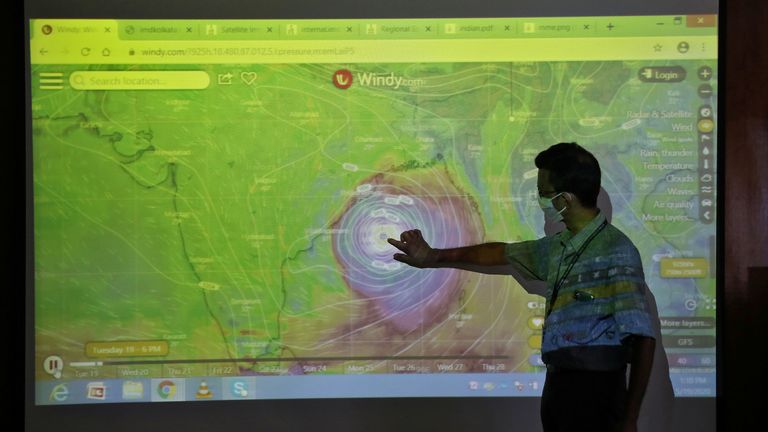 The storm is expected to hit the Indian coast late on Wednesday, so teams have to work quickly, but within social distancing guidelines, to make people safe amid fears homes could be washed away.

In the Indian states of Odisha and West Bengal, families are being moved in a race against time into more than 1,000 shelters with quarantine facilities being re-purposed into safe locations from the cyclone.

Over the border in Bangladesh, people in low-lying areas along the coast are being moved away, while being urged to wear masks to protect against COVID-19 infection and respect social distancing.

Junior minister for disaster management Enamur Rahman said around 12,000 shelters had been set up, that can accommodate more than five million people. 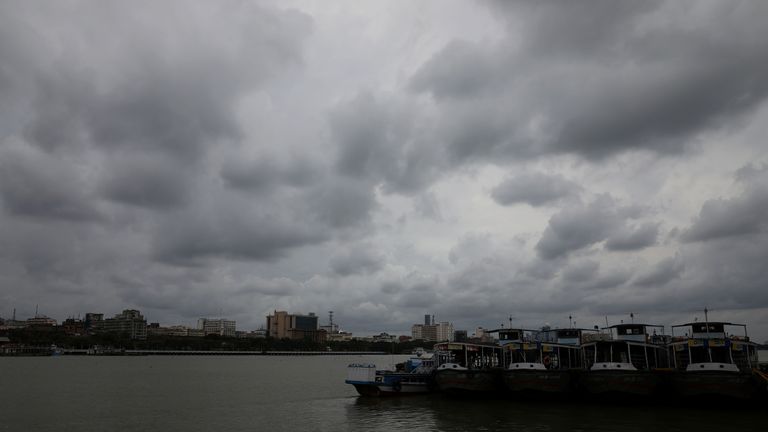 The storm is expected to make landfall between the regions of Chittagong and Khulna – around 93 miles away from refugee camps that are housing more than a million Rohingya in flimsy shelters.

International aid workers are racing to stockpile food, water and shelters, but have warned that the tight, poor conditions leave refugees in the camps vulnerable to not only the storm, but also the coronavirus.

“We are really very worried,” said Haiko Magtrayo, a Red Cross worker based in the town of Cox’s Bazar.