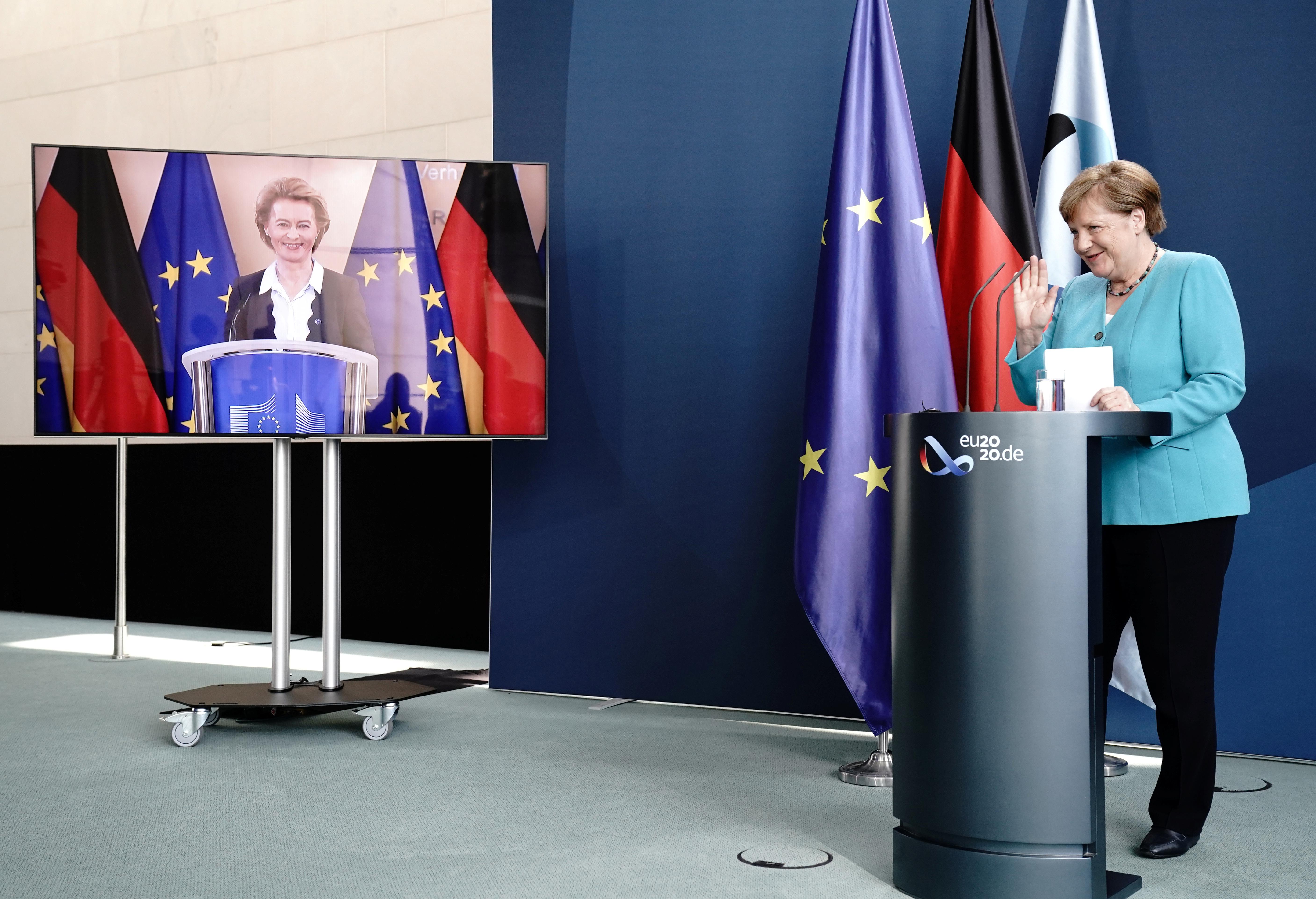 BERLIN/BRUSSELS (Reuters) – German Chancellor Angela Merkel has urged European Union leaders to reach agreement on a multi-billion euro coronavirus recovery fund, calling for resolve and saying Europe was facing the most difficult situation in its history.

Echoing Merkel’s urgency as Germany took the helm of the bloc, the EU’s chief executive Ursula von der Leyen joined the chancellor via video link to warn that the next six months were crucial after the region reacted slowly to the coronavirus and now faced a severe economic downturn.

“We are clear where the difficulties are but we all know it would be good if we agree in July. If we need more time it would be a less good variant,” Merkel said, also referring to plans for the new seven-year EU budget.

“There must be a deal in the summer, I cannot imagine any other variant so we will work very hard to show a sign of our resolve. We know that Europe is in the most difficult situation in its history,” she told a news conference.

With almost 35,000 deaths from COVID-19 recorded in Italy alone, lockdowns across most of the European Union have shuttered businesses, upended livelihoods and indebted governments as they seek to shield workers.

A Commission proposal for a 750 billion euro ($843.08 billion) rescue fund has been largely welcomed by EU leaders but must still be agreed, and fiscally conservative northern countries led by the Netherlands are loath to see their taxpayers pay for grants to southern European states.

“In such times, solidarity is a test,” Merkel said, in a veiled reference to frustration across Italy and Spain, the EU countries most affected by the novel coronavirus and which have questioned the value of the union in the crisis.

Although the rotating, six-month presidency gives only limited power, as Europe’s most respected leader Merkel faces huge expectations that she can negotiate a breakthrough on the recovery fund and a new 2021-2027 budget for the bloc.