New maps show temperatures looking set to dramatically drop for the first half of next week as autumn edges its way in. WX Charts’ interactive model shows a polar blast heading south, blanketing the country from Monday, September 26 and into September 27 and 28. Thermometers have been recording somewhat average temperatures, but it was last Friday, September 16 where the first drop was recorded – sending the mercury tumbling to single digits in some places. And the same will happen again next week – albeit for a longer period.

Senior meteorologist for British Weather Services, Jim Dale, told Express.co.uk: “It will be cool but not cold as there is too much cloud.

“It will be 6-8 deg C (maybe a 4 or 5 somewhere) with the lowest valued in Scotland on Tuesday, with similar on Wednesday.”

When asked what was causing this tumble in temperatures, Mr Dale added: ” Yes, it will be in the morning – a northerly airstream and clear skies, we’re losing both now.”

While the nation will be expecting a colder atmosphere in the days leading into October, Mr Dale said these cooler spikes can be typical of September conditions, and added: “It can happen but it never lasts. Just an occasional occurrence.” 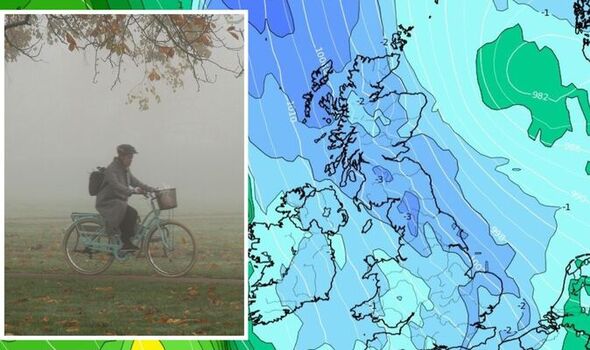 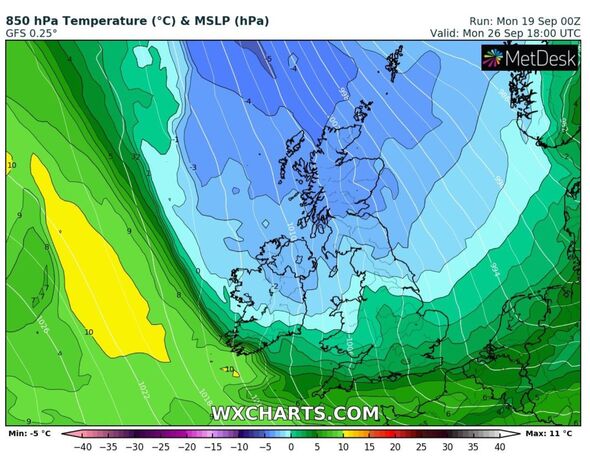 It may feel even colder for many places from next Monday, as Mr Dale said there will be moderate to heavy rain falling to kickstart the new working week.

This will be an extension from the weekend after what he described as “universal rainfall” coming over much of the country from this Friday to Sunday.

But the mercury will recover towards the end of September, with temperatures hitting 15C in the south and east.

And looking into early October, the Met Office is forecasting more “drier and settled” conditions. 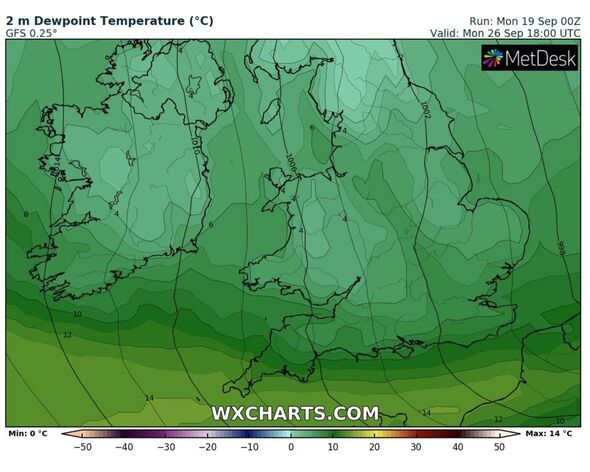 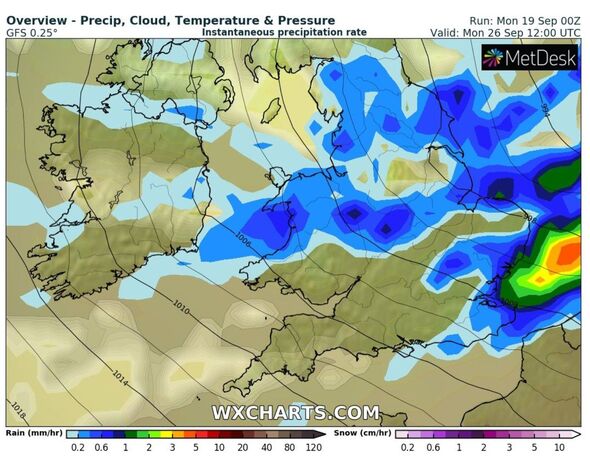 Its long range forecast from this Friday throughout the first days of October said: “Scattered showers and sunny spells for many to begin with, but the odd burst of perhaps heavy or thundery showers are a possibility in the south.

“Winds light to moderate and temperatures near to average, perhaps cooler for some. Throughout the weekend, the south will see some drier weather for a time.

“But conditions generally running more unsettled with frontal systems likely to affect the west and northwest, bringing wet weather and stronger winds. Some rainfall is possible in the southeast, but likely seeing the best of any dry weather here.

“Changeable weather persists through the remainder of September, with showery and sunny spells continuing to come in from the west. The beginning of October may see some drier and more settled conditions.”

The first fortnight of October also looks rather settled, with some periods of “wetter weather” for the north, the Met Office adds.

It’s forecast up until October 17 continued: “After spells of changeable weather moving in from the west, October is likely to see more settled conditions prevail across the UK.

“Periods of wetter weather do remain a possibility for some, most likely in the northwest.

“Temperatures are expected to remain near normal or possibly slightly above average in places.”