The marine mammals, ranging from 2-6 metres in length, were found in the province of East Nusa Tenggara. 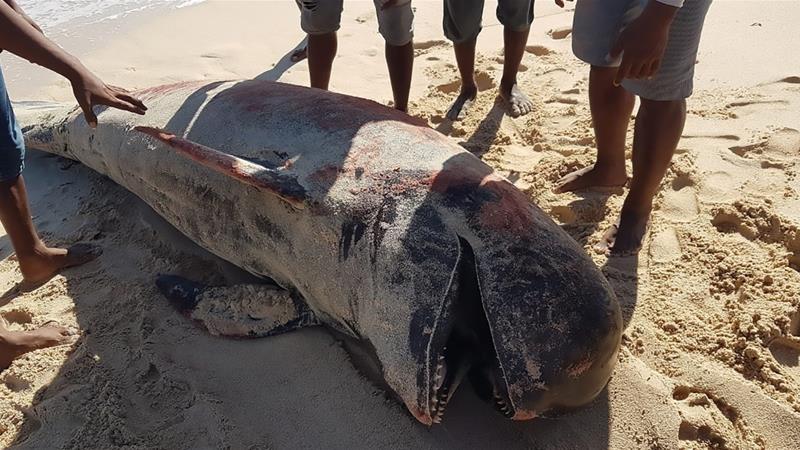 Ten whales were found dead on an Indonesian beach on Thursday, officials said, with images showing locals rushing to push a still-living member of the stricken pod back into the sea.

The marine mammals, ranging from two to six metres (6.5-20 feet) in length, were found in the remote province of East Nusa Tenggara, the head of the region’s water conservation agency Ikram Sangadji told AFP.

Footage showed a group of around 10 men struggling to push an eleventh member of the pod across the baking sands and back into the ocean.

They eventually managed to get the creature – which was scarred with deep cuts – into the water, and it appeared to swim off by itself, prompting loud cheers from the group. 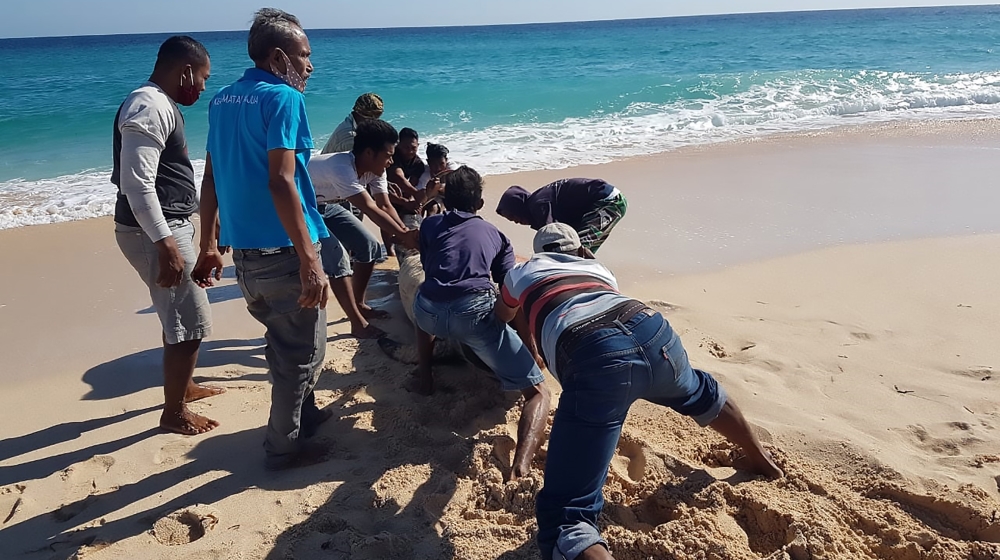 Short-finned pilots are highly social and are often involved in mass strandings, although scientists are still unclear as to why.

Residents helped dig graves to bury the carcasses of the 10 dead whales, which were lashed with cuts likely caused by the creatures coming into contact with sharp rocks, Sangadji added.

Cross-currents off beaches pose a danger to whales as they can get caught between reefs close to shore.