MOSCOW (Reuters) – At least 10,000 people marched in the Russian far eastern city of Khabarovsk on Saturday, demanding the release of a popular regional governor detained last week on suspicion of murder, in a second week of protests. 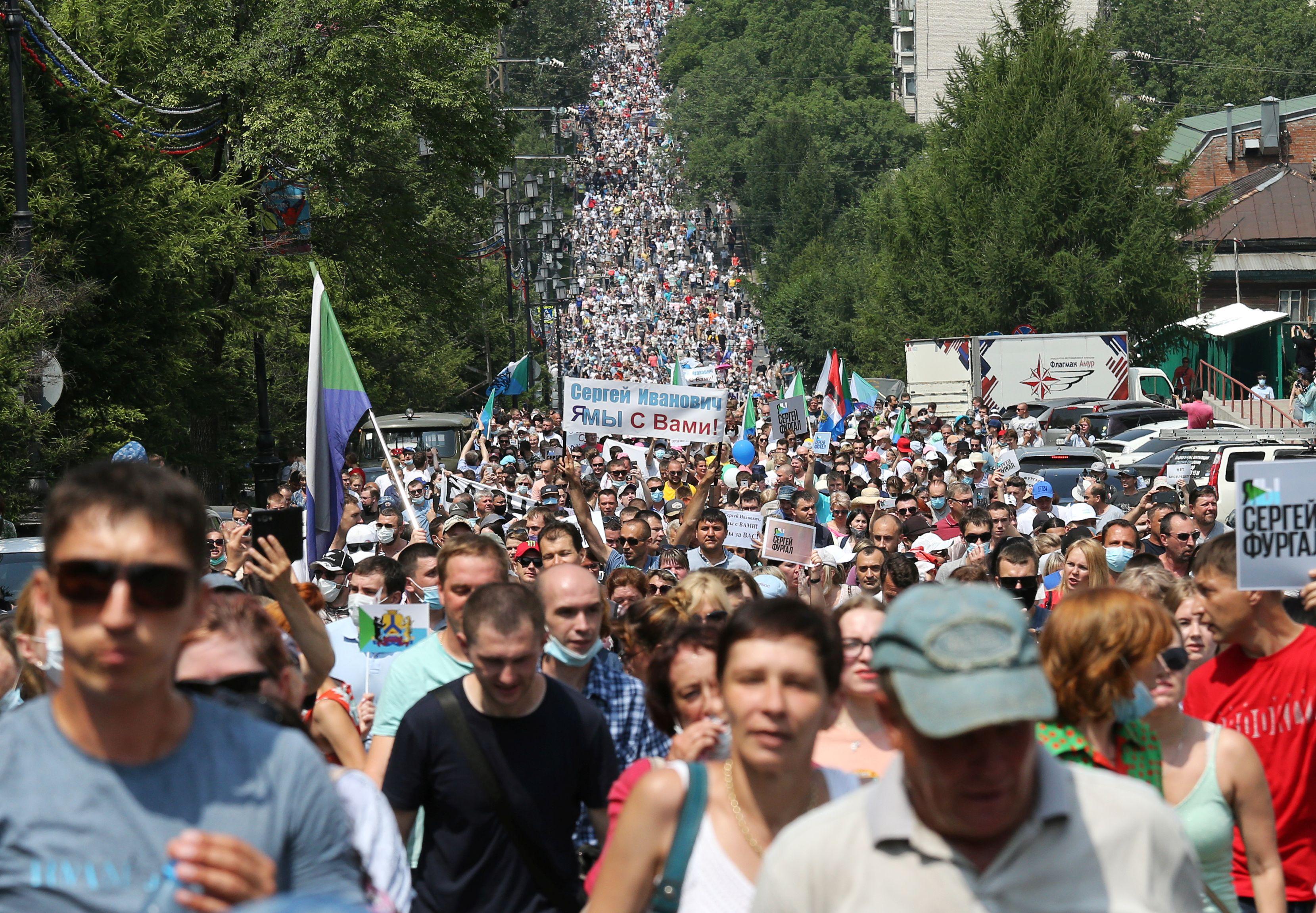 Sergei Furgal, a member of the Liberal Democratic Party, was the governor of the Khabarovsk region where he swept to power in 2018 after defeating a rival from the ruling United Russia party that backs President Vladimir Putin.

Furgal was taken to Moscow last week, where he is now in pre-trial detention after being charged with involvement in organising the murder of multiple businessmen 15 years ago.

He could face up to life in prison if found guilty of the charges, which also include involvement in attempted murder. He denies the charges.

Demonstrators packed a city thoroughfare on a sweltering Saturday afternoon, carrying posters in support of Furgal, some demanding his release, others calling for an open and transparent trial, with the column of marchers stretching into the horizon.

Svetlana, a middle-aged woman wearing a face mask, said residents were not put off by the accusations against Furgal. Many Russian politicians have a dark past, she said, as the final years of the Soviet Union were riddled with corruption and crime.

“People came out here to defend their voting rights: We elected him, so return him to us,” she said.

The protests come barely three weeks after a landslide referendum victory for the Kremlin on amendments to the constitution, allowing Putin to remain in power for another 16 years. Dozens were arrested in Moscow last week after a few hundred protested against the amendments.

Last Saturday, between 10,000-12,000 people took part in an unsanctioned march in Khabarovsk, the local branch of the interior ministry said in a statement. The city is a seven-hour flight east of the capital.

This Saturday, fewer than 10,000 marched, the city mayor’s office said in a statement, adding that the protest was peaceful and there were no detentions. Some local news outlets estimated the number was significantly higher.