The 300 feet wide and 60ft deep sinkhole appeared in a field in Santa Maria Zacatepec, state of Puebla, on Saturday. It continues to grow by the day, edging closer to consuming a house and leaving locals terrified.

Footage of the incident shows the ground falling away in huge chunks at a time as witnesses run to safety screaming.

Residents in the nearby home have been forced to evacuate, with authorities telling members of the public to avoid the affected area.

Speaking to El Sol de Mexico, Magdalena Sánchez, one of the owners said that she heard a loud bang like thunder before seeing the sinkhole.

She added: “I panicked.” 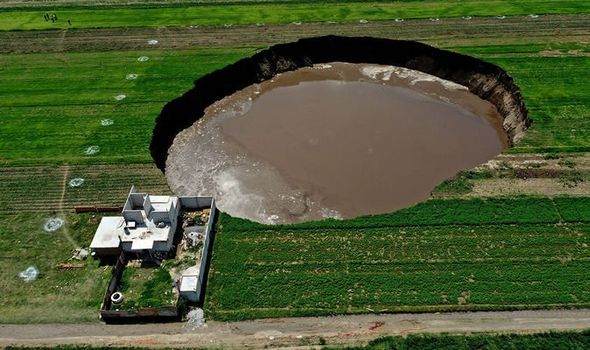 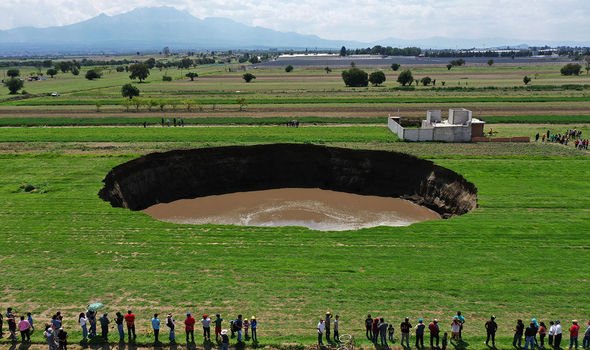 According to authorities in Mexico, the sinkhole was likely the result of a geological fault and variations in the soil’s water content as it sits on the Alto Altayac fault.

Local activists dispute this, claiming that it was caused by a phenomenon due to overuse of aquifers in the area.

Aquifers are underground layers of water-bearing permeable rock which can sometimes soften subsoil above them.

Other locals familiar with the area claimed that the the site used to be a pond. 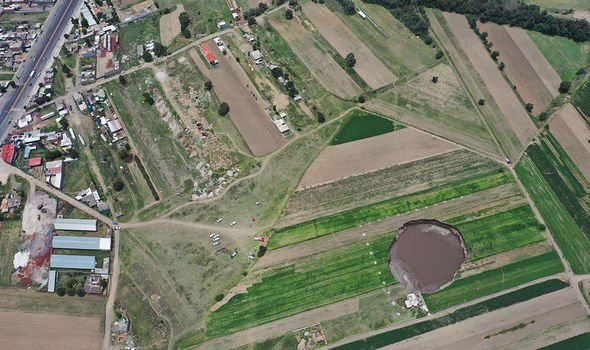 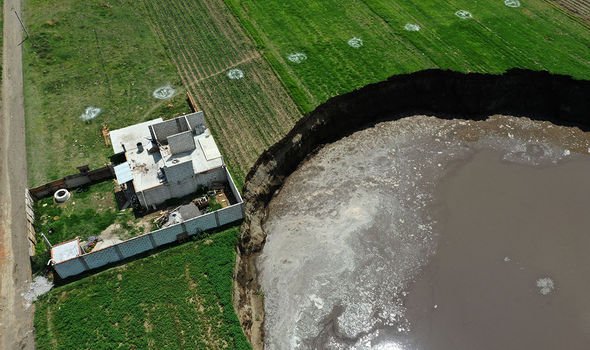 The hole was originally only 15ft wide, growing to nearly 100ft overnight.

By Monday, it had widened to 200ft and then 300ft the following day.

DON’T MISS
First photos of adorable baby rhino born at UK safari park [UPDATE]
Teacher banned from school for refusing to use transgender pronouns [INSIGHT]
‘You get 12 weeks off!’ Carole Malone hits out at teachers [VIDEO] 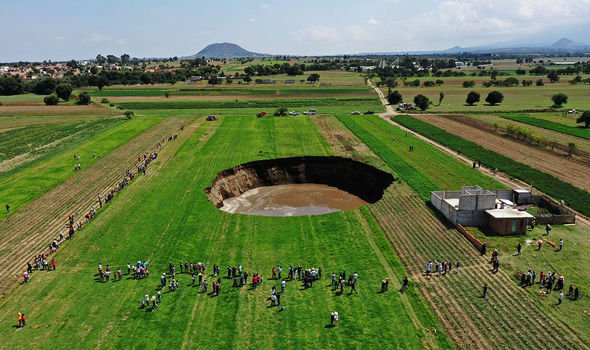 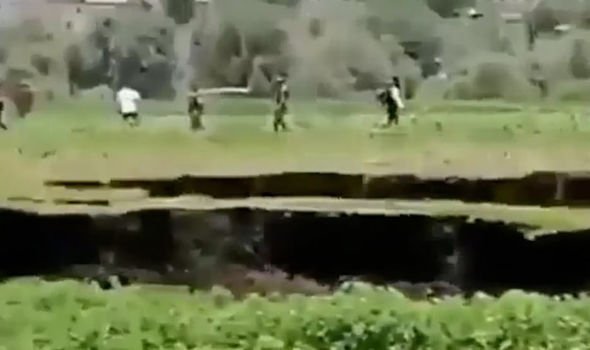 The sinkhole is continuing to expand by dozens of meters each day, increasing fears that a nearby home could soon be consumed by it.

The Sanchez family thought the loud crash they heard on Saturday night was a lightning strike, quickly realising that it was actually collapsed ground just meters from their house.

Speaking to the local media, Heriberto Sanchez, who is from the region, said: “We have nothing. We’re not from here. We have no relatives. We’re alone.”

An investigation will be conducted by public bodies, but soil testing could mean determining the cause might take up to 30 days.