Home » World News » The Endless Torment of the ‘Recipe?’ Guy

A rampant internet comment that just won’t die shows how recipes, and the people who develop them, are undervalued.

Picture him, scrolling Instagram. He slows down for a flash-lit image of pasta on someone’s crowded, linen-draped dining table. For a sunlit reel of chickpeas and olive oil breaking down into a golden pulp. For a bubbling pot of oxtail.

He might not plan to cook these dishes — in fact, he probably doesn’t — but each post makes his thumbs tingle. Instinctively, impulsively, he begins to type:

You could say that recipe guys represent a major area of growth for reply guys. And anyone can become a recipe guy: You just have to believe that every time you see an image of food, you’re also owed a recipe, then insist on it.

Cooks and recipe developers who share their food on social media can ignore it, or at least try to, but the nagging chorus of “recipe?!” is present, and it’s reshaping social content in real time.

“Social media was this way to be spontaneous and low-key and casual, but at some point, when I shared parts of my personal life, people started to expect a professionally tested recipe, too,” said Nik Sharma, a Los Angeles cookbook writer and photographer (who also contributes to The New York Times).

Developing recipes is work, and it takes time. Mr. Sharma never intended to create them for home-cooked dishes he posted informally — say, a quick dinner of fried rice with ketchup he made after a busy day shooting cooking videos and writing his newsletter. He also didn’t want to come across as rude to commenters, or to let them down.

“The easiest thing was to go, OK, I’m just not going to post what I eat, unless I’m working on the recipe,” Mr. Sharma said.

He keeps his off-duty cooking private now, drawing a line between what’s personal and professional — a challenging exercise for food writers, since the two areas continuously overlap. 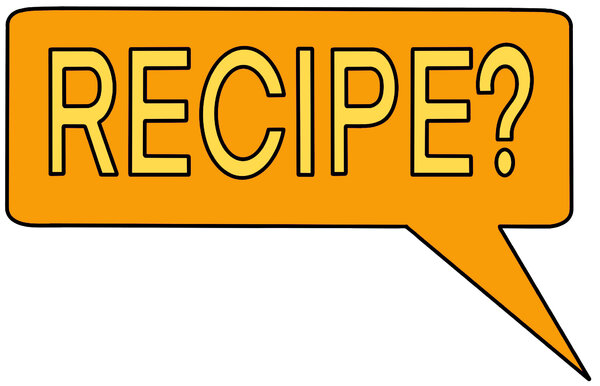 Is it work, for example, when you cook dinner for your parents? The recipe developer Pierce Abernathy started sharing the meals he made for himself and his family during the pandemic, when he moved back in with his parents. He produced practical cooking videos on Instagram, filled with visual reference points and raw cooking sounds, and included the whole recipe just below in the caption.

“The goal is to build an audience — the core of my business and how I make money is around engagement and numbers,” Mr. Abernathy said. “But I don’t want it to be a restrictive environment where I can’t be myself.”

Like many social-first recipe developers, he plans to start publishing recipes on his own website soon, to monetize and own his content, and worries about how his audience will respond to that change. Will they have the resolve to leave the post, to go out and find the recipe?

Though he occasionally shares ideas and techniques without detailed recipes, like a clean-out-the-fridge salad he made recently before heading to the airport, and images entirely unrelated to food, Mr. Abernathy finds that most posts that don’t include recipes can be a source of tension.

“And when you do get those comments,” he said, “it feels a little demoralizing and dehumanizing.”

On his show, “The One Recipe,” the food editor Jesse Sparks interviews guests about the recipes they make time and time again — the keepers. “Recipes can be seemingly so simple when they’re audience-facing,” he said, “and in some ways, it’s a success that people forget how much work is going on behind the scenes.”

“But so many people get caught up in the immediate satisfaction of seeing a tangible product or good without grappling with how much time and resources and effort go into it.”

Mr. Sparks interviews cooks who work at publications, as part of big teams, as well as those who are solely responsible for all of the shopping, testing, styling, shooting, editing and web production. In each case, the development process may be a little different, but the labor involved is usually immense and out of view — or ignored.

“It all boils down to people needing to remember there’s a person on the other side of the screen who deserves space and support, time and rest,” Mr. Sparks said.

Lucia Lee, a middle-school teacher in Brookline, Mass., posts photos of kimchi jjigae and seared mackerel to Instagram: neatly framed, overhead shots of simple, well-lit plates. She started her account as an archive of her home cooking, and celebrates the romantic possibilities of her favorite ingredients and techniques, often with loose, narrative recipes and notes on who grew the food, or whose original recipe served as inspiration.

Ms. Lee is often under pressure, in comments and direct messages, to offer more detail and more structured recipes, and her instinct is to jump in and be helpful. But posting is a creative outlet for her. “I respond sometimes, if people are polite — a ‘please’ and a ‘thank you’ really go a long way,” Ms. Lee said. “But this isn’t my job, I can’t just pump out recipes for you,”

In many ways, “recipe?!” is a familiar online demand that has flourished on social media. Every few months, for years now, a small but vocal group on the internet agrees that the people who share recipes and the stories behind them should just get to the recipe.

They usually blame food bloggers for taking search engine optimization too far, or for plain old long-windedness and vanity. They demand that free recipes appear online without ads, introductions, process shots, context or stories. Without any trace of the people behind them. This unreasonable request has become a damaging cliché, a way of demonetizing the work and dismissing the writers — particularly women who write about cooking for their families.

An animated Maritsa Patrinos comic, published on BuzzFeed in 2018, illustrated the early mood: A cheerful young man scrolls through a post about a “delicious lasagna recipe,” and wastes away to a skeleton before he can reach it. In the years since, that comic has become darkly self-referential — it may as well be about the get-to-the-recipe conversation itself. It never ends.

In the last few months, though, I’ve come to think of “recipe?!” on social media, and of all its brash, insulting little iterations, as the last possible stage of this conversation, a kind of de-evolution with nowhere left to go.

It’s a way of treating the people who share their cooking online entirely as products. But I think it’s also a way of becoming a bit less human. Of becoming more like compulsive web extensions, our only mission to scan, to want, to send the same command out into the void, over and over again, on our sad and infinite loops: