The smoke clouds have been seen rising from wooded areas in Kakhovka and Novaya Mayachka, near the occupied city of Kherson. Locals reportedly said that the forest is on fire, which started after rockets were launched. 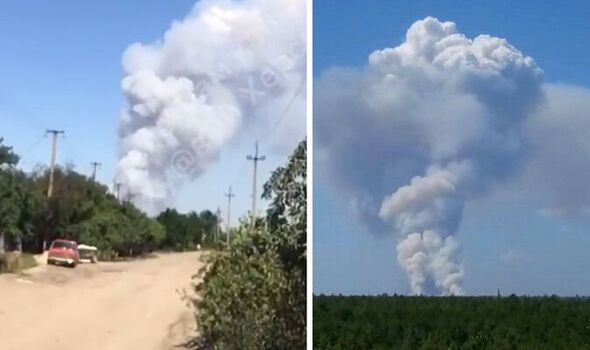 It is believed that the strikes are by the Ukrainian armed forces.

News of the fires comes as Ukraine continues to launch airborne attacks on Russian military targets in the occupied region.

Western-supplied HIMARS missiles are believed to have successfully hit the Antonivsky Bridge – which links Kherson with the area to the south of the Dnipro River, including Crimea – again, after crippling the bridge and others nearby last month.

According to Tim White, an expert on Ukraine, Russian troops are “panicking” after being told that the bridge was protected and the missiles destroyed. 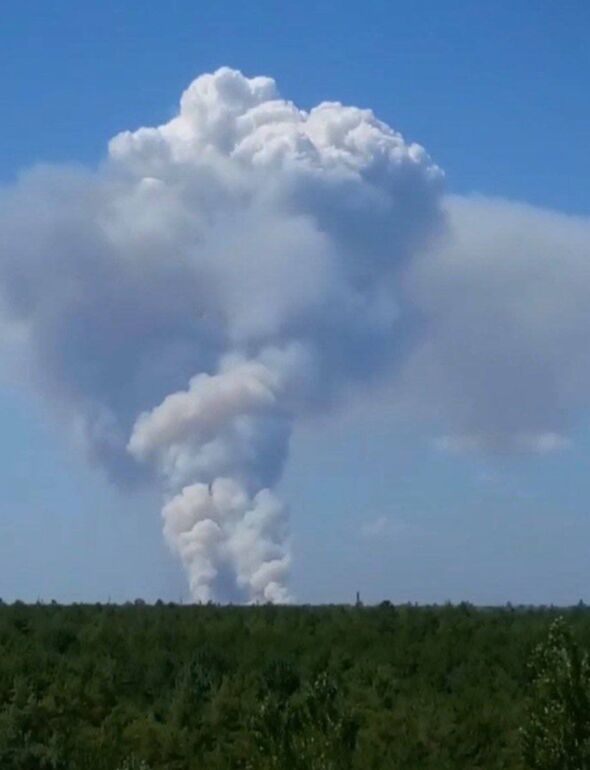 The bridge provides a key supply line from Russian military installations in the south to the front line between Kherson and Mykolaiv. The Russian armed forces earlier laid radar reflectors in an attempt to throw off missile attacks.

According to Mr White, locals said “the forest is burning”, but that it is not known if Russian troops were hiding there.

UkraineWorld, a local outlet, suggested that the Ukrainian armed forces were responsible for the latest attacks in rural Kherson.

It added: “The density of Ukraine’s strikes in the area has been immense in the last twelve hours.”

Kakhovka sits on the south bank of the Dnipro River, upstream from the port city of Kherson. Ukrainian officials said earlier today (Monday) that the nearby bridge had also been hit.

Nataliya Humenyuk, a spokesperson for the Ukrainian armed forces, told a local outlet that they have “had hits, quite significant ones” on targets in the area.

She added: “The work of our artillery is so exquisitely precise that it is more aimed at demoralising the enemy troops.”