The Covid-19 pandemic began last year in a city in central China, but has since grown to affect nearly every country on earth. The virus has put world leaders in hospital while exposing inequality. It has asked major questions of governments and encroached on the daily lives of billions. And it shows no signs of ending any time soon.

As the number of deaths passes one million, we take a look at some of the landmarks along the way.

January was a big month for news – it saw the US assassinate an important Iranian general, rampant wildfires in Australia and the death of basketball great Kobe Bryant in a helicopter crash.

We didn’t know it at the time, but the biggest story emerged from China, which the BBC first reported as a cluster of cases of a “mysterious viral pneumonia” in the city of Wuhan.

On 11 January, China reported its first confirmed death from the virus – a 61-year-old male resident of the city.

Chinese scientists identified the illness as a type of coronavirus, which cause different diseases from the common cold to more severe ones like Sars (severe acute respiratory syndrome). 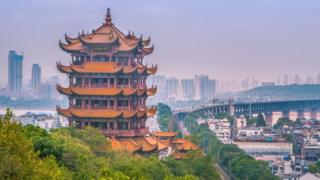 There were early signs of the kind of response that would later be commonplace around the world – the outbreak prompted Singapore and Hong Kong to bring in screening processes for travellers from Wuhan.

There were also fears the virus could spread rapidly as hundreds of millions of people in China prepared to travel around the country for Chinese New Year.

But it was still unclear how the illness was transmitted, with health officials saying no cases of human-to-human transmission had been confirmed.

At that point, the World Health Organization (WHO) said it was aware of the outbreak, it was in contact with the Chinese government and it was closely monitoring the event.

By the end of the month, the toll had passed 100, with infections rising fast. It spread beyond Wuhan, both into other parts of China and to at least 16 countries around the world.

Some nations began to send planes to Wuhan to evacuate citizens. Meanwhile, the US urged its nationals to “reconsider travel” to China. 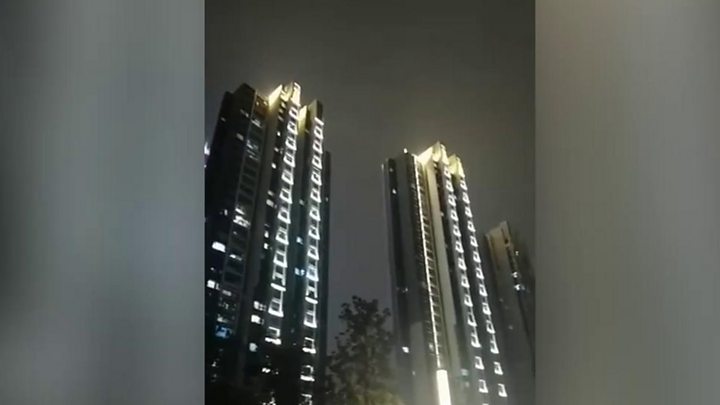 Wuhan and its province Hubei were already effectively in lockdown, with strict transport restrictions in and out of the area. Wearing masks in public was also, by now, mandatory in some Chinese cities. A 50-year-old man, who had travelled to Wuhan, became the first person in the capital Beijing to die with the virus.

Health officials determined that the virus had emerged from illegally traded wildlife at a seafood market in Wuhan and said it could indeed spread between people. The Chinese authorities said the virus was able to spread during its incubation period and before any symptoms appeared like a normal flu, making it harder to contain.

The outbreak was declared a global emergency by the WHO on 30 January.

Just two weeks later the toll reached 1,000. More and more countries were starting to see their first cases, but much of the world’s attention was still focused on China.

We reported that the virus had claimed the lives of 97 people in one single day there, in what was then the highest number of casualties in a day at the time. In one day in April the US reported nearly 2,000 fatalities.

At the time, the WHO said the number of new cases in China was “stabilising” – but warned it was too early to say whether the virus had peaked. It sent an international mission to China to help co-ordinate a response to the outbreak.

By now, the virus had spread to at least 27 other countries and territories, but so far there were only two deaths outside of mainland China, in the Philippines and Hong Kong.

Meanwhile, by late February, hundreds of passengers had tested positive for the virus on the Diamond Princess cruise ship quarantined in Japan, one of many cruise ships that became Covid hotspots. A British man who had been on board the ship became the first UK national to die with the virus.

At about the same time the coronavirus was given an official name, Covid-19.

As the number of deaths from the virus around the world passed 10,000, concerns turned to Europe. The continent at that point accounted for about half of the deaths worldwide. 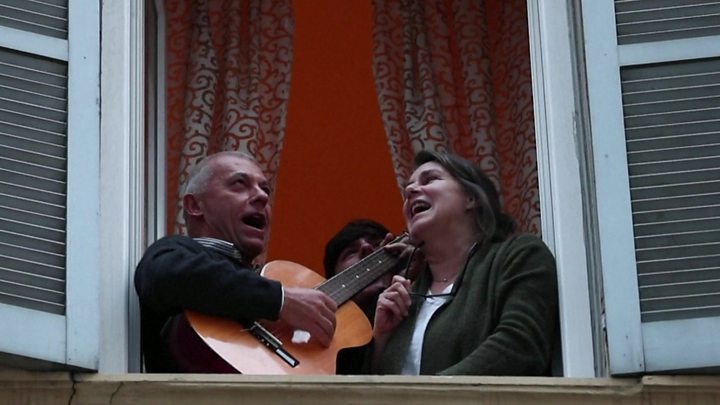 The death toll in Italy – the worst affected country at the time in terms of reported fatalities – reached a total of 4,032. A nationwide lockdown had been imposed there earlier in the month.

The number of confirmed cases around the world was at about 250,000 at this point, with more than 80,000 people said to have recovered.

On 19 March UK PM Boris Johnson said he believed the UK could “turn the tide” against the outbreak within the next 12 weeks. A nationwide lockdown was imposed on 24 March, when the UK death toll had reached 335.

By now, the world looked like a very different place from what it did three months earlier and the global death toll stood at 100,000.

President Donald Trump warned the US could see as many as 100,000 deaths itself, but denied that his administration had acted too slowly.

By 10 April, New York had more cases than any individual country.

Meanwhile, Europe prepared to spend the Easter weekend under lockdown.

Boris Johnson, who tested positive for the virus the previous month, came out of intensive care on 9 April. The number of deaths in the UK had reached nearly 9,000, with more than 70,000 confirmed cases, with London said to be the “epicentre” of the pandemic in the country. 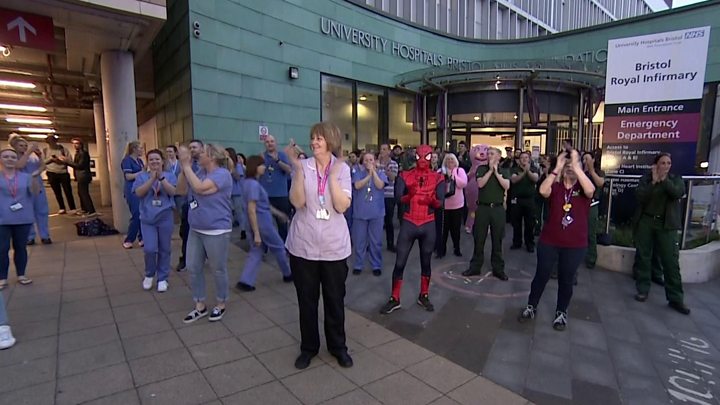 As the pandemic gathered pace, a new milestone of 500,000 deaths was reached.

At the same time, lockdown restrictions were eased in some parts of the world, and people in the northern hemisphere turned their attention to how they would spend their summer.

The EU said it would reopen its borders to citizens from various countries from 1 July, including Australia and Canada – but not the US.

At that point, half the world’s cases had been recorded in the US and Europe, but Covid-19 was rapidly growing in the Americas. The virus was also affecting South Asia and Africa, where it was not expected to peak until the end of July.

The WHO warned that the worst could be yet to come and urged governments to implement the right policies.

On Monday, the world reached one million recorded deaths from Covid-19. The US, Brazil and India now make up nearly half of the total, according to Johns Hopkins University.

However, the death toll is thought to be far higher as many cases may not have been officially reported. In June, BBC analysis of death records in 27 countries found another 130,000 deaths that had not featured in the daily headline figures.

So what can we expect in the future? We are seeing just over 5,000 recorded coronavirus deaths a day around the world at the moment, says the BBC’s head of statistics, Robert Cuffe. If that pace continues, we can expect the daily count to pass two million in just over six months, he adds.

Health authorities have learnt a great deal about the virus since the beginning of the pandemic, but officials say the rise in deaths is set to continue.

“We see no sign of slowing of the death rate,” Nancy Baxter, an epidemiologist and head of Melbourne’s School of Population and Global Health, told the BBC.

“There’s been over a thousand deaths per day worldwide since 18 March and what seems to happen is as Covid-19 becomes controlled in one jurisdiction it gets out of control elsewhere.

“So I think that unfortunately we are looking at a similar number of deaths before a vaccine is actually found and distributed.” 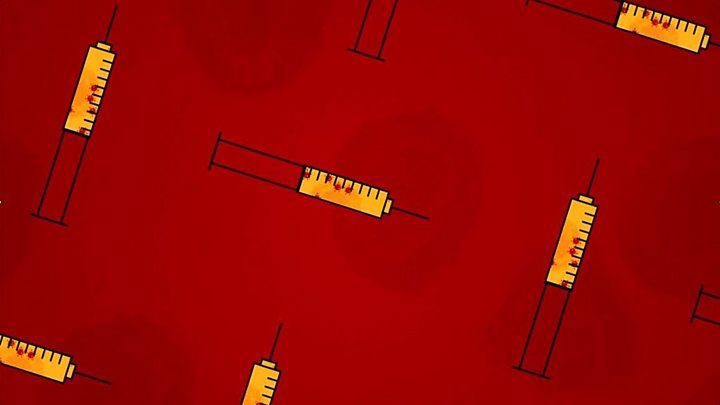