Home » World News » Their London Pub Was Reduced to Rubble. They Fought to Bring It Back.

Developers knocked down the Carlton Tavern six years ago to make way for luxury apartments. After a legal fight, they were ordered to rebuild it, brick by brick. 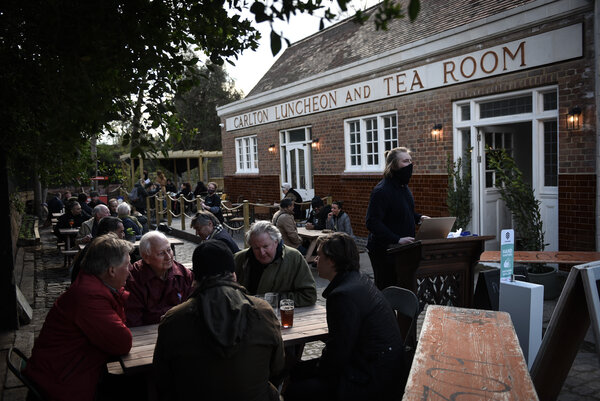 LONDON — “Your local pub, it’s a bit like your favorite pair of shoes or jeans, something you just completely take for granted,” Rob Cope said, sitting outside the Carlton Tavern in North London on Monday.

With the glow of the afternoon sun easing the bite of the chilly April air, he gazed at the building’s brick facade and explained, “You don’t really understand that it’s there until it’s gone.”

The Carlton Tavern joined thousands of other pubs on Monday in reopening with outdoor spaces as lockdown restrictions in England eased after months of closures. But its story still stood out in that shared national moment, as its closure was counted not in months but in years.

Its story began when developers tore it down.

Six years ago, people watched in dismay as the Carlton Tavern, built in the 1920s and nestled against a park on the edge of the affluent Maida Vale neighborhood, was reduced to rubble. The building’s overseas owners had skirted local laws and abruptly demolished it to make way for luxury apartments.

Outraged, a group of neighborhood campaigners and local lawmakers fought for years to have the building restored. Eventually, the developers were ordered to rebuild it. 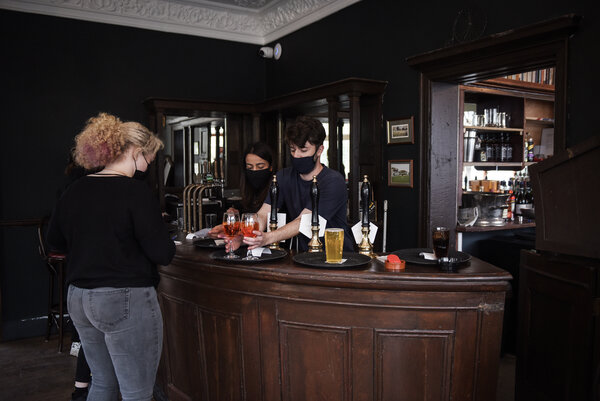 So when glasses were raised and meals shared outside the red brick building on Monday, the patrons were toasting a pub that was simultaneously brand-new and 100 years old as well as celebrating the reclamation of a piece of their community, and, in some cases, a piece of themselves.