Refugees on the move again after dozens of gunmen stormed Intikane camp in attack that left at least three dead. 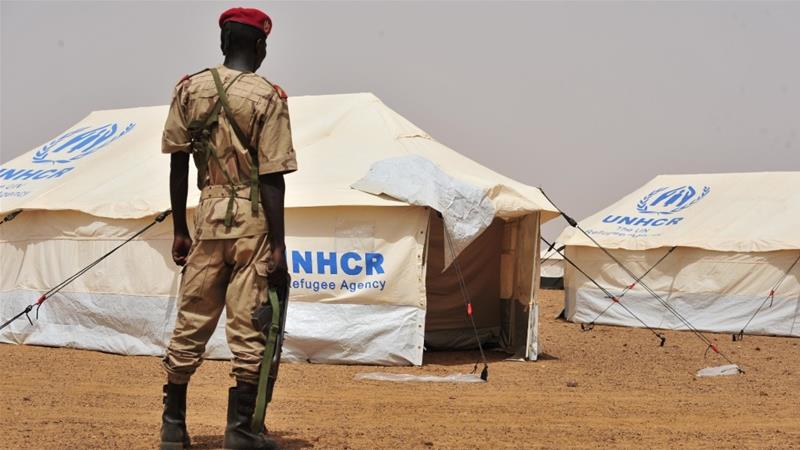 Thousands have fled a camp hosting thousands of Malian refugees in western Niger after a deadly attack devastated the site.

About 50 fighters on motorbikes killed three local leaders, abducted a guard, destroyed communication antennas, and sabotaged the water supply in a coordinated attack on Monday at the Intikane site near the Malian border.

Intikane is home to about 20,000 Malian refugees and 15,000 internally displaced Nigeriens – all of whom previously fled their villages because of violence.

Now many are on the move again with some 3,000 people fleeing to Tlemces, 27km (43 miles) from Intikane, the UN’s refugee agency in Niamey told AFP news agency.

UNHCR official Kourouma Mamady Fatta said the agency was carrying out an assessment of the damage and trying to get the water supply flowing again.

The governor of the Tahoua region, Moussa Abdourahamane, said: “Intikane is losing its population, people are moving towards Tlemces.”

The perpetrators “attacked the sensitive points of the site – they cut communication lines to isolate the population, and they destroyed the sources for drinking water,” he told the national public radio station after visiting Intikane.

A radio report said troops had been deployed to secure the area.

Fighters with links to al-Qaeda and the ISIL (ISIS) armed group have increasingly mounted attacks across the Sahel in recent years, despite the presence of thousands of regional and foreign troops in the region.

The violence has hit Mali and Burkina Faso the hardest, rendering large swaths of those countries ungovernable, but it has also spilled into Niger, which shares long and porous borders with its two neighbours.

Niger is home to nearly 60,000 Malian refugees who fled their country’s north after it fell under the control of al-Qaeda-linked groups in 2012, according to the UN. A French-led military intervention the following year pushed them out, but parts of Mali remain out of government control and awash with armed groups.

Niger has also endured unrest in its southeast from Boko Haram and the Islamic State in West Africa Province armed group, a breakaway group from Boko Haram.

In January, the UN envoy for West Africa told the UN Security Council that attacks have increased fivefold in Burkina Faso, Mali and Niger since 2016, with more than 4,000 deaths reported in 2019.