READING, England (Reuters) – Three people were killed and another three seriously injured when a man went on a stabbing spree in a park in the southern English town of Reading on Saturday, though police said they were not currently treating the incident as terrorism. 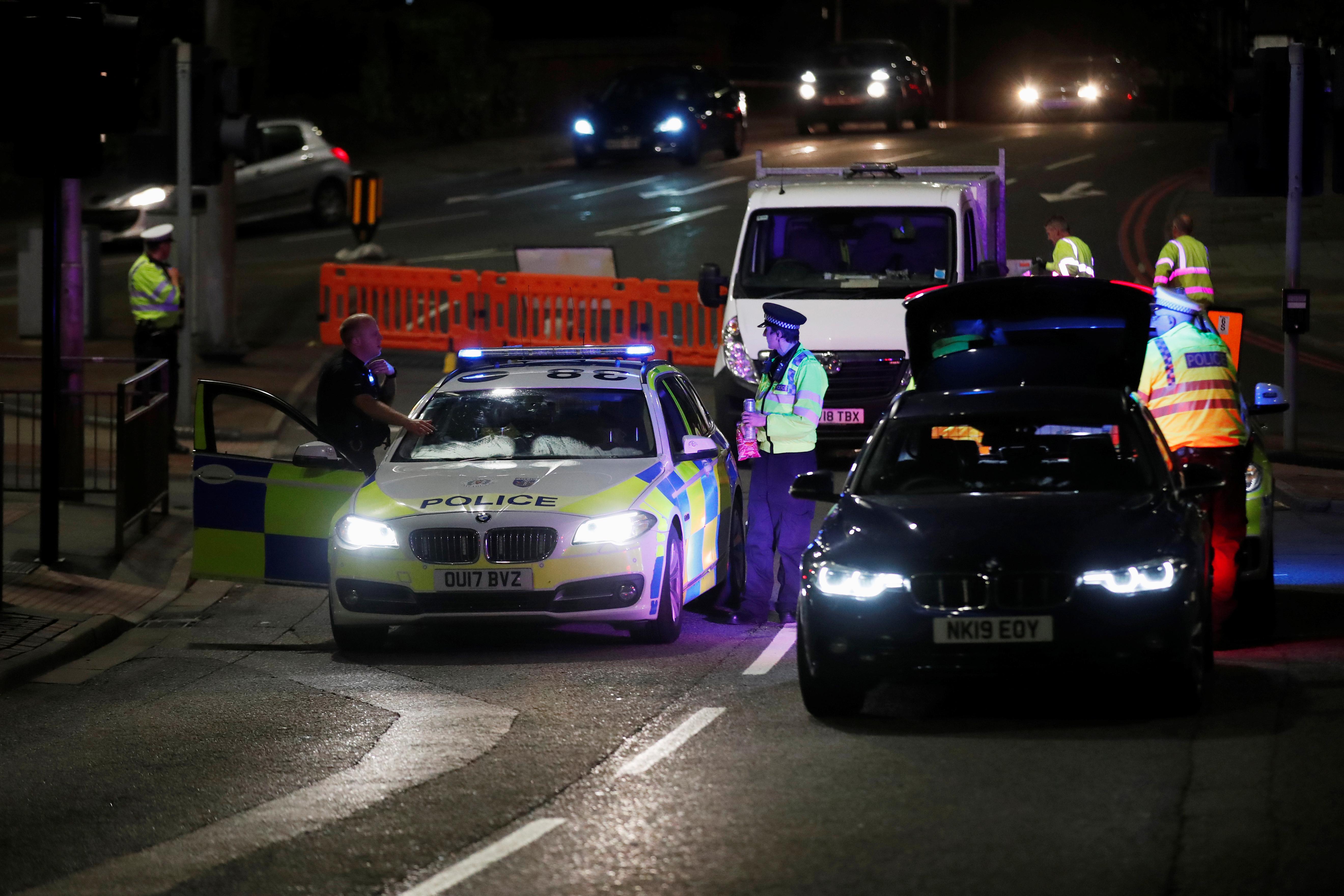 Witnesses said a man went on the rampage at around 1800 GMT in Forbury Gardens, stabbing people at random who had gathered in the park on a sunny summer evening in Reading, which is about 40 miles (65 km) west of London.

A 25-year-old man from Reading was arrested on suspicion of murder, police said, adding that they were not searching for any more suspects.

“There is no intelligence to suggest that there is any further danger to the public, however we urge people to remain vigilant and report anything suspicious by calling police,” Detective Chief Superintendent Ian Hunter said.

“This is not currently being treated as a terrorism incident, however officers are keeping an open mind as to the motivation for the incident and are being supported by colleagues from Counter Terrorism Policing South East.”

A witness who spoke to the BBC, Lawrence Wort, said the attack began when a man suddenly veered toward a group of about eight to 10 friends and began stabbing them, “so the first three he got so completely out of the blue, he got very badly”.

Wort said the assailant locked eyes with him and the person he was with and started coming toward them, but they ran to safety, at which point the man turned back to attack another group. When everyone started running from the scene, the attacker ran from the park, Wort said.

“My thoughts are with all of those affected by the appalling incident in Reading and my thanks to the emergency services on the scene,” Prime Minister Boris Johnson said.

Video footage posted on Twitter showed paramedics rushing to help at least three people who were bleeding on the ground. Reuters was unable to verify the footage independently.

Matt Rodda, a lawmaker who represents Reading in Britain’s parliament, said the park, located in an historic area of the town, was typically busy on a Saturday evening.

“It’s used by people to sit and meet with friends and obviously at the moment people have been meeting there, observing social distancing, and just chatting to friends peacefully in a park,” Rodda told Sky News.

“This incident happened in that kind of environment so it’s really quite deeply shocking for local people.”

Current coronavirus restrictions mean venues like pubs are closed, so many people in Britain gather in parks in the evenings to meet friends.

The head of the local council authority in Reading, Jason Brock, said his thoughts were “with the families of all those who have died or have been injured.”

The attack in Reading took place at the site of a Black Lives Matter anti-racism protest in the town earlier on Saturday but police said it was not connected. 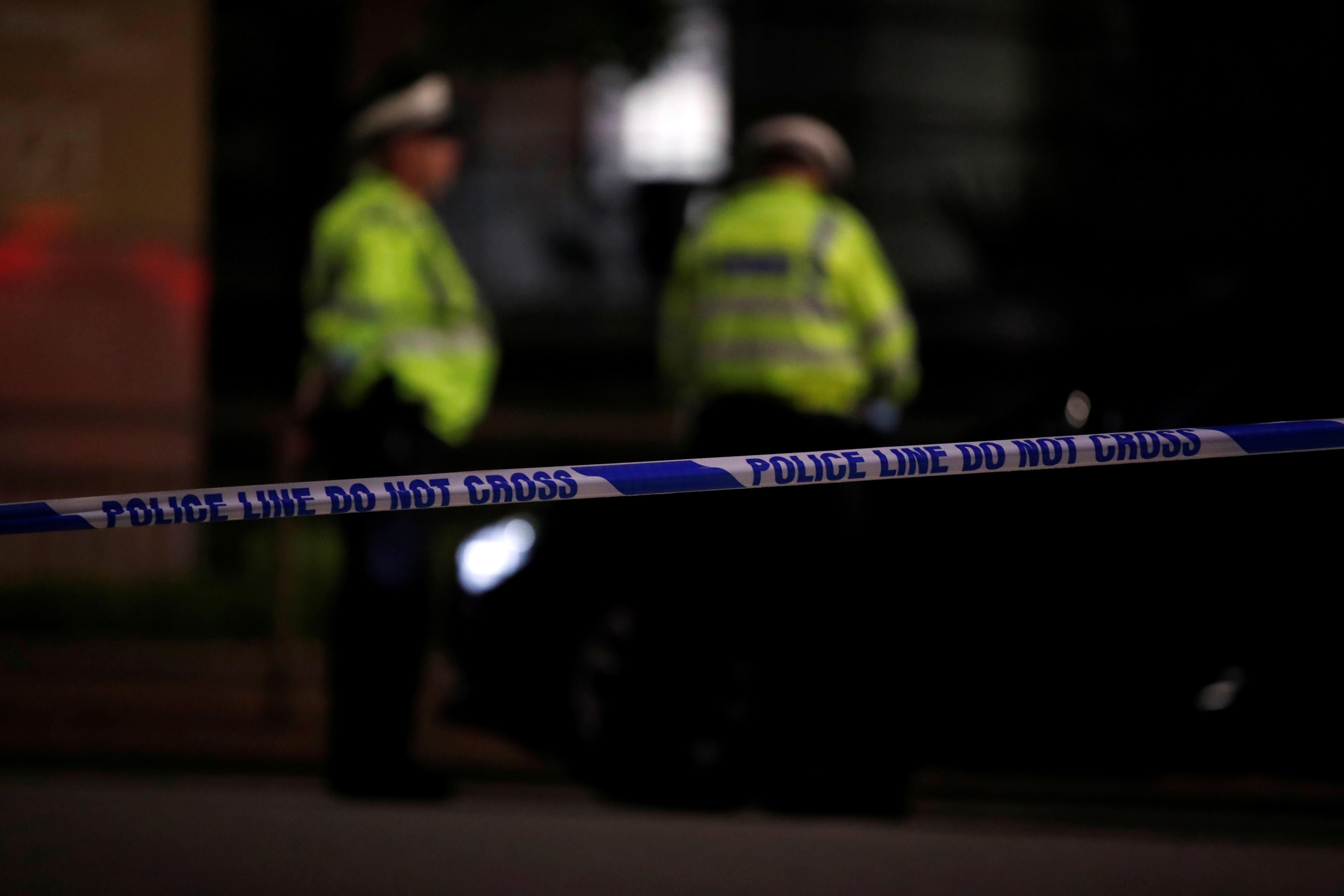 “There have been some reports that this incident was linked to the Black Lives Matter protest which took place in Reading earlier this afternoon,” Hunter said. “I can confirm that this incident is not connected. It occurred around three hours after the protest had concluded.”

Some 36 people were killed in four attacks in Britain blamed by authorities on terrorism in 2017, the most deadly of which occurred at the end of a concert by U.S. singer Ariana Grande in Manchester, northern England, with other attacks at London Bridge and near parliament.

Last year the government downgraded the national terrorism threat level to “substantial,” meaning an attack is likely, from “severe”.