LA BOQUILLA DAM, Mexico (Reuters) – Mexicans in the drought-hit northern border state of Chihuahua, angry at water from a local dam being diverted to the United States, hurled Molotov cocktails and rocks at security troops late on Tuesday, in an attempt to force them to shut the dam gates. 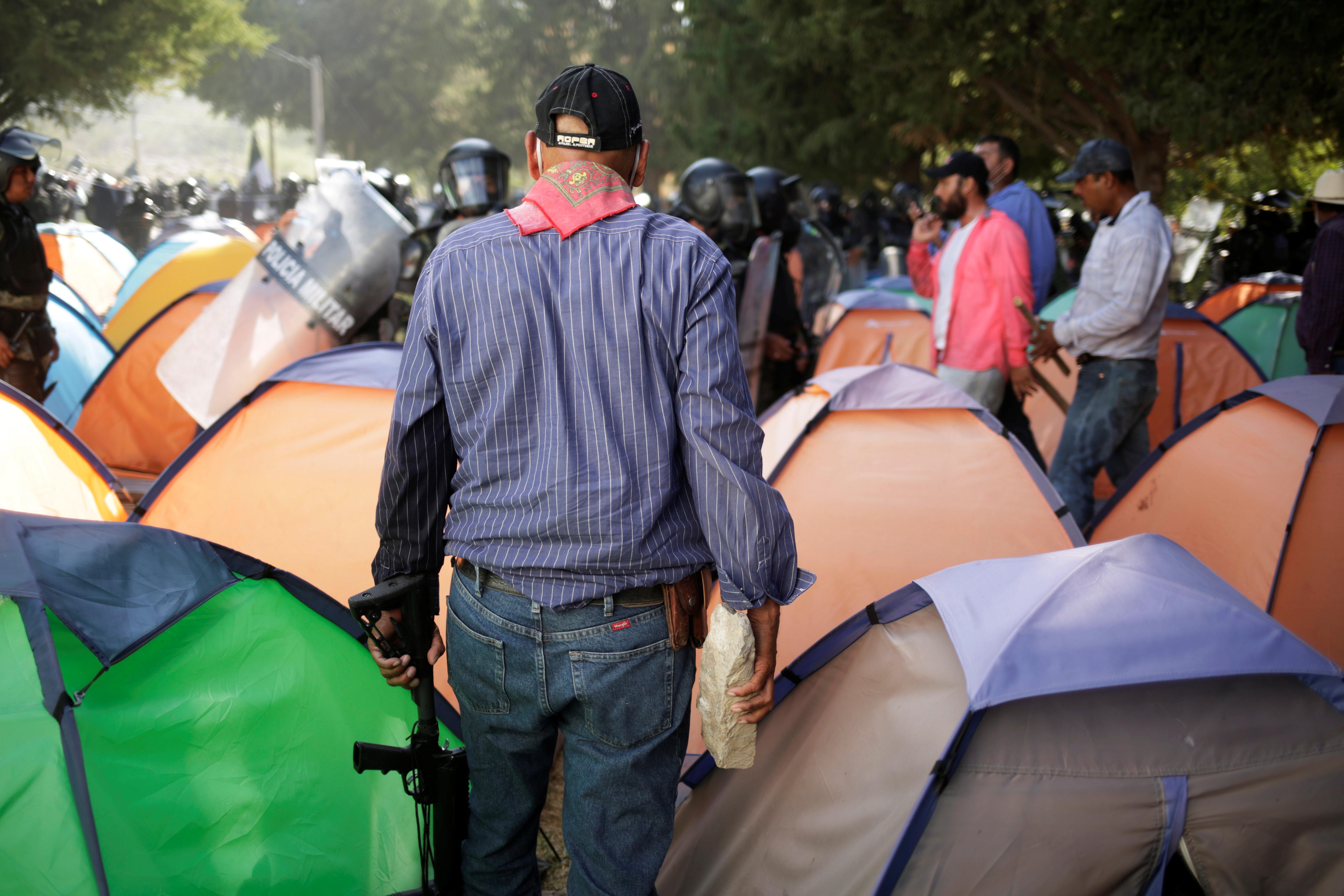 The violence at the La Boquilla dam comes amid plans to divert additional water to the United States due to the so-called ‘water debt’ Mexico has accumulated as part of a bilateral treaty that regulates water sharing between the neighbors.

President Andres Manuel Lopez Obrador, seeking to assuage the concerns of Mexican farmers, has struggled to avoid alienating voters in the north while protecting delicate relations with the United States.

A Reuters witness said groups of residents in towns surrounding the La Boquilla dam clashed with National Guard troops after they refused to turn off the dam floodgates.

The residents lobbed Molotov cocktails, rocks and sticks at the security forces, who were clad in riot gear and retaliated with tear gas, the witness said and images show. Eventually, the protesters stormed the dam premises and shut the floodgates themselves.

“For us, it is a great satisfaction, something to be proud of, (and) a triumph for the people in rescuing the water,” said Abel Alvarado Martinez, an owner of a bakery in a nearby town, who was at the protests.

The interior ministry did not immediately respond to a request for comment.

Several other demonstrations have turned violent over water sharing with the United States this year, with Mexican farmers warning the drought means Mexico should not divert any water right now.

Lopez Obrador last week suggested the United Nations could be asked to analyze water allocation plans, and asked the Chihuahua people to trust he would not leave them without water.

He also warned Mexico faced “sanctions” if it did not divert water after building up a deficit in recent years by receiving more water than it has given back. “Do not forget that there are elections in the United States,” Lopez Obrador said.

But the protesters say they are more focused on water shortages killing crops than diplomatic cordiality.

“I agree with international treaties, they must be respected,” said Alvarado Martinez. “But if we do not have what they require, how are we going to pay?”