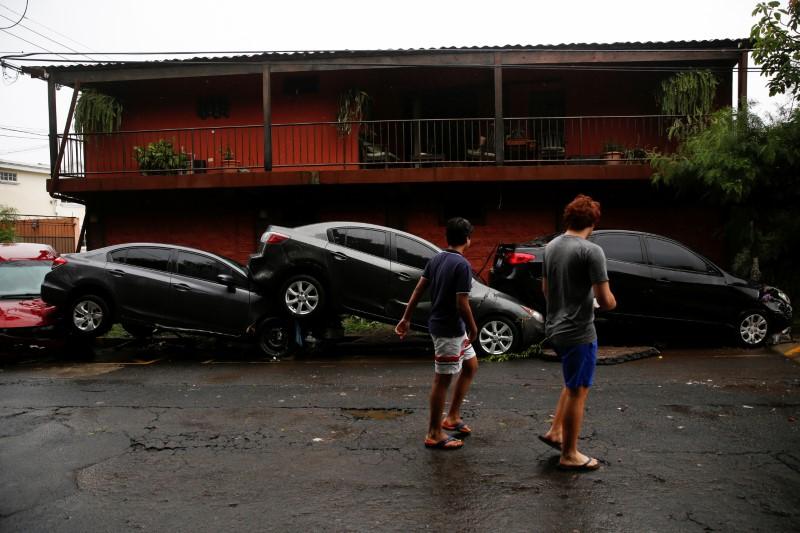 “We’ve seen people asking for help, asking for the government. We haven’t deployed everywhere, the situation is overwhelming,” said Duran.

Among those killed was an eight-year-old boy, who died after the house he was in collapsed, while another person was killed by a falling wall and another drowned in a swollen river, Salvadoran civil protection authorities said.

The U.S. National Hurricane Center (NHC) said Amanda or its remnants are expected to produce rain totals of 10 to 15 inches over El Salvador, southern Guatemala, western Honduras, and the Mexican states of Tabasco and Veracruz.

The storm’s heavy rainfall could “cause life-threatening flash floods and mudslides across portions of Central America and southern Mexico, and these threats will continue over the next several days even after Amanda is no longer a tropical cyclone,” said the NHC.

Amanda was packing maximum sustained winds of nearly 40 miles per hour (65 kilometers per hour) with higher gusts and was expected to weaken “very soon” as its center moves farther inland, said the NHC.

It is forecast to degenerate into a remnant low or dissipate over the mountains of Central America later on Sunday.