Mr Trump has defended his description of coronavirus as “the Chinese virus” throughout the pandemic. Back in March, he said it “was not racist at all”, but just a description of the disease’s origin. However, the World Health Organisation has encouraged officials not to use the term to prevent stigmatisation.

Still, the Trump administration has suggested that China also designed the virus in labs, even though that has been hotly disputed, and the US President has continued to blame Beijing.

Forensic psychiatrist Dr Bandy Lee spoke to Express.co.uk and explained why he may have been drawn to such a phrase.

She said: “[Trump] is desperate to deflect blame, for he more than anyone knows he is responsible for the vast majority of coronavirus deaths and suffering through his own mishandling.”

She added that he is “certainly picking up aspects of the culture” against Chinese food and sometimes acts as a “repository for it”.

A year ago, the BBC investigated the phenomenon of ‘Chinese restaurant syndrome’ which arose in the US in the Sixties, through its World Service programme ‘Witness History’. 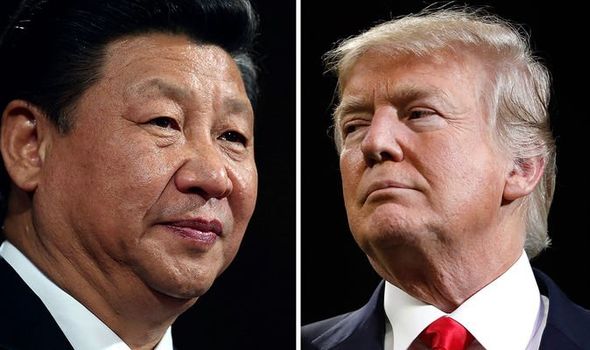 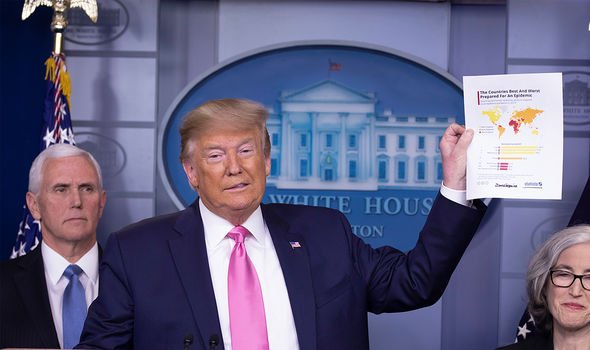 It revealed that diners up and down the country were allegedly suffering from a wide range of symptoms after eating out at a Chinese restaurant, which included numbness at the neck, general weakness and palpitations.

Restaurateur Philip Chiang told the BBC: “Chinese restaurants always have that reputation of being greasy, dirty, ugly and not very sophisticated.

Chinese food first became a part of American dining culture in the middle of the 19th Century. 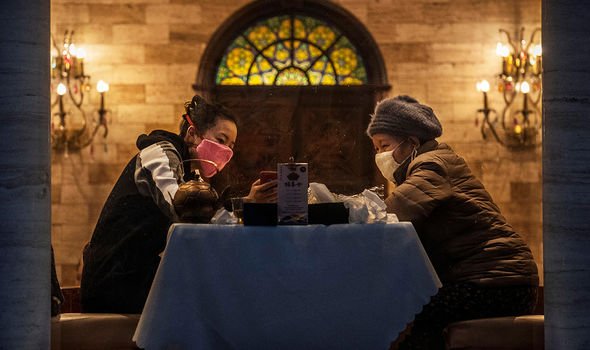 The number of Chinese migrants grew in the Fifties and Sixties, after the US eased its immigration laws and many wanted to leave the Communist revolution behind.

This led a whole host of Chinese restaurants popping up, most of which used monosodium glutamate (MSG).

This is a flavour enhancer which originated from Japan — and many concluded this had caused the symptoms such as headaches and flushing.

Mr Chiang explained: “It got a real bad reputation, people started using it for everything.

“Whenever people didn’t feel comfortable dining in Chinese or Japanese restaurants, they would blame it on ‘Ah, they’re using MSG’ — whether it was true or not.” 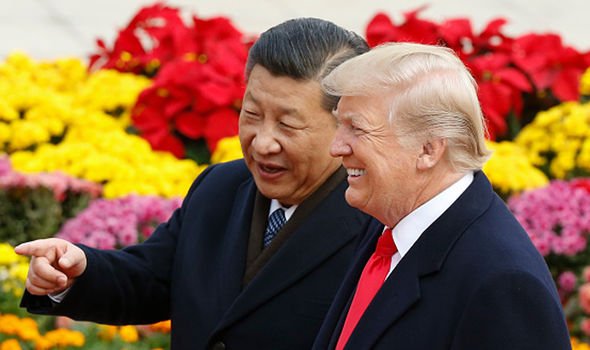 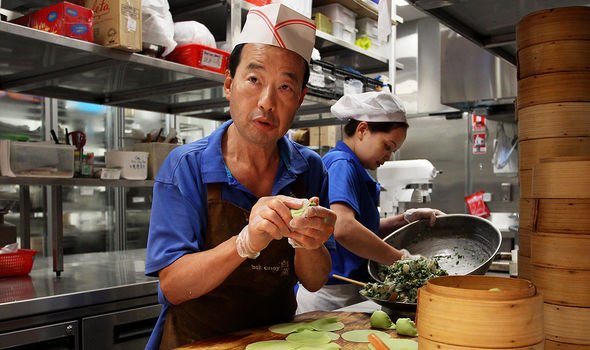 However, fellow restaurateur Ed Schoenfeld said he did think the additive could cause negative side-effects.

He explained: “I believe anecdotally that when I eat food with high amounts of MSG in it, I can tell.

Yet, the BBC’s podcast host Lucy Burns added: “Laboratory testing on MSG has been inconclusive. And it’s not only Chinese food where it’s found.”

MSG is found in tomato ketchup, and is the man-made alternative to an amino acid which occurs naturally in certain vegetables, such as mushrooms.

The BBC pointed out that especially in the Fifties, a lot of American brands contained MSG too, as the country was getting into processed foods.

MSG can still be bought today at American food markets under the brand name Ac’cent.

Ms Burns explained: “But it was specifically Chinese food which was linked to MSG in the popular imagination, because there was more going on here than just food sensitivity.”

Mr Chiang said: “Partly I think it was a race thing, yeah.

“Just as most people thought Chinese foods were unsophisticated, dirty, a racist thing.”

Chinese restaurants began to advertise when they weren’t using MSG to avoid criticism from Western diners.

Even today the additive carries stigma, despite modern day chefs such as Heston Blumenthal also dismissing the complaints around MSG as “complete and utter nonsense”.

With these concerns regarding Chinese food still circulating in Western culture, Dr Lee explained how President Trump has been known to play on popular fears.

She said: ”He is naturally paranoid, apparently for fear of criticism and for fear of reality, which is intolerable, overturning his fantasy world view.

“Paranoid individuals have less tolerance for strangers and the unknown.”