Donald Trump hit out at the Obama administration for the swine flu crisis which killed around 17,000 US citizens in 2009. According to the latest figures, coronavirus has killed more than 35,000 Americans since the outbreak began – more than double the number of casualties to swine flu.

In a rant on Twitter, Mr Trump branded the former US President’s handling of the swine flu crisis as incompetent and hit out at the Obamacare programme.

Mr Trump wrote on Twitter: “Biden/Obama were a disaster in handling the H1N1 Swine Flu. 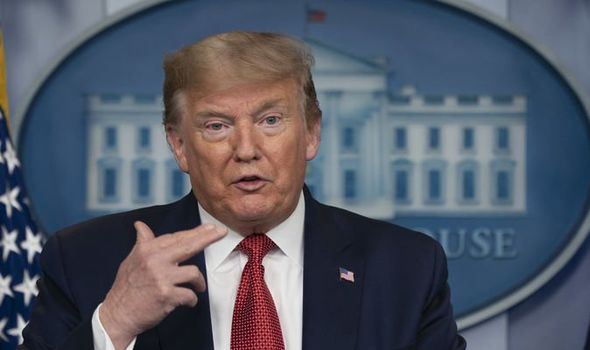 “17,000 people died unnecessarily and through incompetence!

“Also, don’t forget their 5 Billion Dollar Obamacare website that should have cost close to nothing!”

This is a developing news story, more to follow.