US President Donald Trump has said he will issue guidance to states on reopening their economies by Thursday afternoon.

The announcement came in the White House’s daily press conference, in which Mr Trump also claimed that data suggested the country had “passed the peak” on new coronavirus cases. 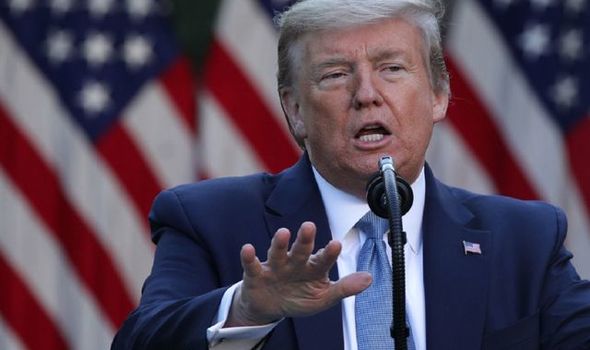 Mr Trump said: “New cases are declining throughout the New York metropolitan area; cases in the Detroit and Denver metro areas are flat.

“These encouraging developments have put us in a very strong position to finalise guidelines for states on reopening the country.”

The news comes after some days of heated rhetoric between Mr Trump and state governors on who has the authority to dictate what state responses should be regarding relaxing lockdown measures.

He addressed this in his statement as well. Mr Trump appeared to take a hard stance against governors who might fall foul of federal guidelines.

He said: “We’ll take very strong action against a state or governor.

“If we’re not happy with the job a governor’s doing we’ll let them know about it.”

Mr Trump added that such actions could include a closedown, though he said that this would not be something he would want to do.

It is so far unclear how the government’s guidelines will affect the current plans of states to reopen their economies.

New York Governor Andrew Cuomo said on Monday that he had teamed up with six other governors in an effort to draw up plans to relax lockdown measures. 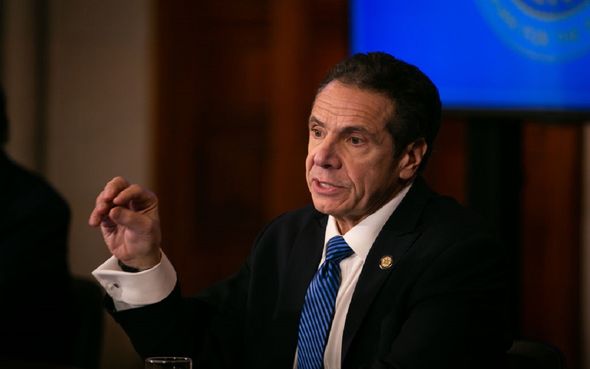 But Mr Trump later said that the president has “total authority” on the matter, and on twitter compared the situation to that of a mutiny.

In response, Mr Cuomo said that the president was “spoiling for a fight” on the matter.

In other parts of today’s speech Mr Trump outlined some statistics regarding the country’s response to the Covid-19 outbreak.

He claimed that there have been 3.3 million tests carried out across the country, and that the federal government had developed and delivered 39 .4 million N95 masks, 431 million gloves, 57 million surgical masks and 10.2 million gowns. 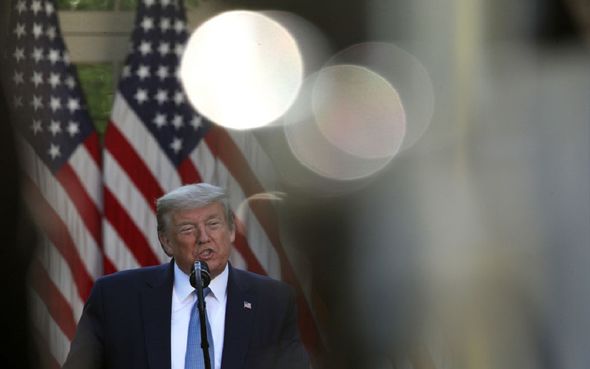 Mr Trump attracted international condemnation this week for his decision to halt US funding to the World Health Organisation (WHO).

He said that the WHO had “failed in its basic duty” in its response to the Covid-19 pandemic, and suggested that it had withheld information on the spread of the virus. 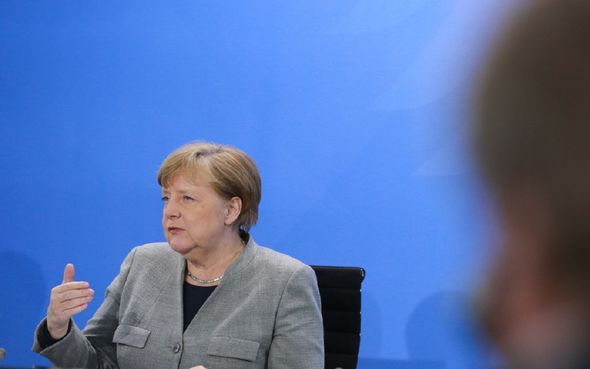 It is not the only country to announce news regarding the relaxing of lockdown measures today.

German Chancellor Angela Merkel yesterday announced that the country would begin to relax its lockdown measures next week when small shops will be allowed to reopen.

And schools will “very slowly” follow on May 4, with Ms Merkel adding that priority would be given to students who have exams.