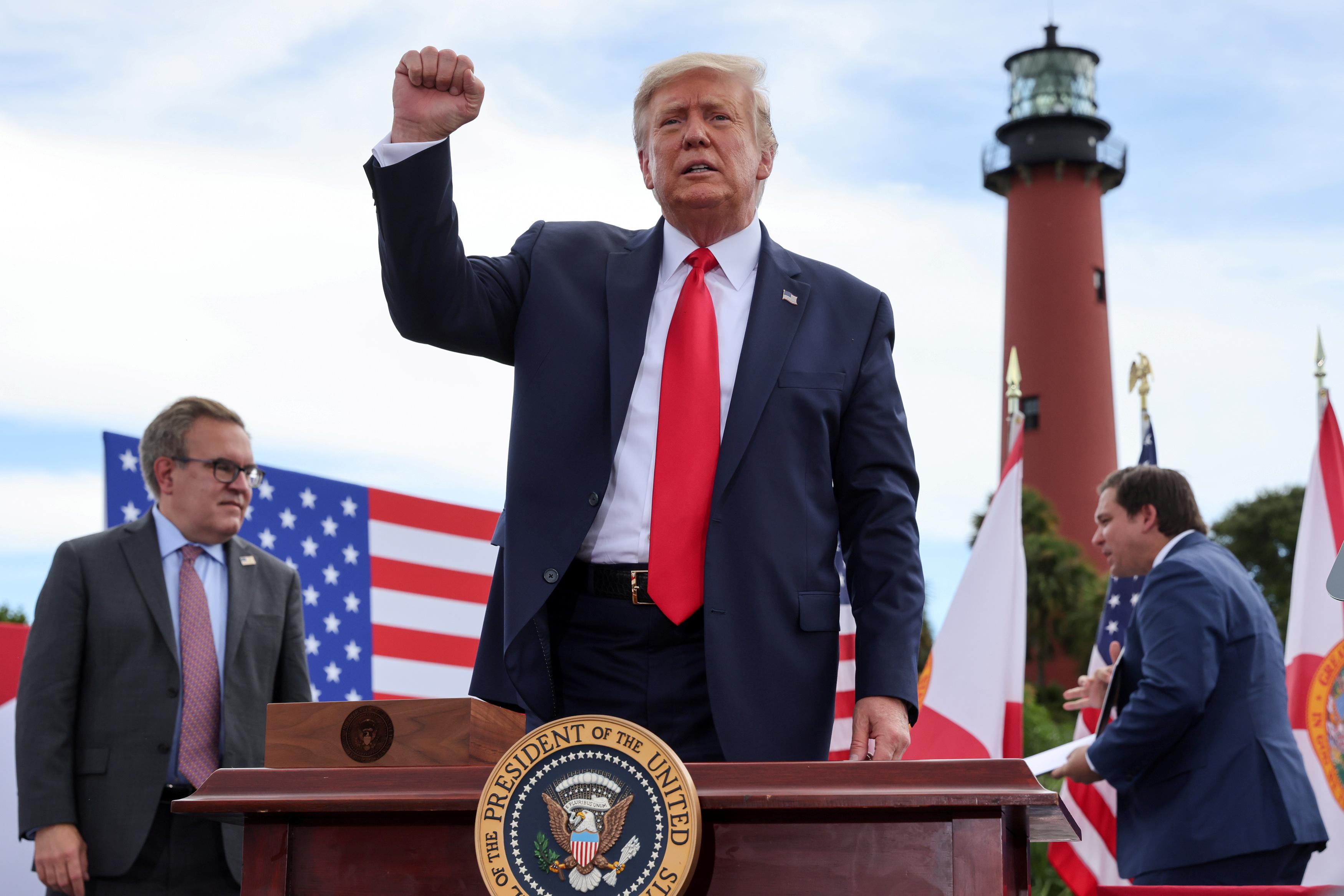 ABOARD AIR FORCE ONE (Reuters) – President Donald Trump will announce a further drawdown of U.S. troops from Iraq on Wednesday, a senior administration official told reporters on Tuesday.

That announcement will be followed by another one in the coming days on a further reduction in U.S. forces in Afghanistan, the official said.

The decision comes as Trump, a Republican, faces blowback from a report that he allegedly made disparaging remarks about U.S. war dead.

Trump is trailing Democratic rival Joe Biden in polls ahead of the Nov. 3 election. His announcement, and the timing of it, may be aimed at convincing voters that he is following through on promises to end what he has described as America’s endless wars.

The United States has around 5,200 troops that were deployed in Iraq to fight the Islamic State militant group.

A U.S. official, speaking on condition of anonymity, said last month that the United States was expected to reduce the number of its troops in Iraq by about a third in the coming months.

The United States currently has about 8,600 troops in Afghanistan. Trump said in an interview with Axios released last month that the United States planned to lower that number to about 4,000.