The former US President was responding to the announcement that his Facebook and Instagram accounts will be kept suspended. Facebook, which also own Instagram, initially barred Mr Trump in January following posts he made during the US Capitol riots.

In response to the news on Friday, Mr Trump said he would not invite Facebook’s co-founder Mark Zuckerberg to dinner “next time I’m in the White House”.

In a statement, Mr Trump said: “Next time I’m in the White House there will be no more dinners, at his request, with Mark Zuckerberg and his wife. It will be all business!”

Earlier this week, the New York Times reported that Mr Trump believes he will be reinstated in the presidency by August.

However, he will not as Joe Biden won the 2020 election and is the current US President. 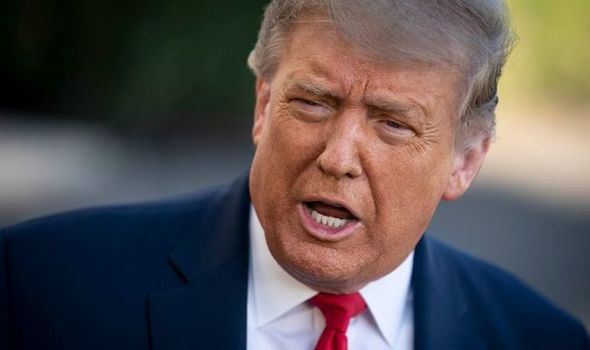 Mr Trump said Facebook’s suspension was “an insult” to the millions who voted for him in last year’s election.

He claimed that the 2020 election was “rigged” despite no evidence to support this.

The former President added: “They shouldn’t be allowed to get away with this censoring and silencing.”

The media giant said it would no longer give politicians immunity for deceptive or abusive posts based on their comments being newsworthy. 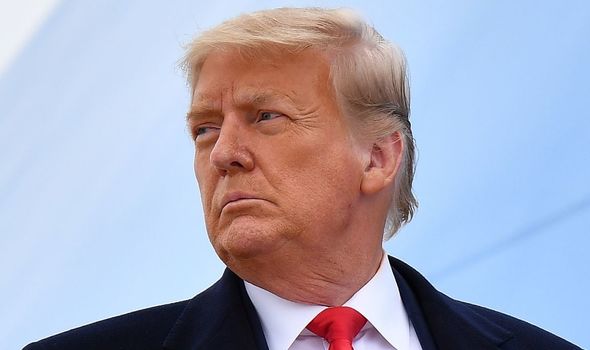 In a statement, Facebook’s vice-president of global affairs Nick Clegg said Mr Trump’s ban was effective from January 7 when the platform initially suspended his accounts.

Mr Clegg said: “Given the gravity of the circumstances that led to Mr Trump’s suspension, we believe his actions constituted a severe violation of our rules which merit the highest penalty available.

“If we determine that there is still a serious risk to public safety, we will extend the restriction for a set period of time and continue to re-evaluate until that risk has receded.”

The statement added that Mr Trump will be held to “a strict set of rapidly escalating sanctions” for any violations.