The Turkish lira skidded to record lows against the US dollar, euro and pound on Monday amid concerns Turkey could get more involved in a fast-escalating conflict in the Caucasus, despite last week’s surprise rate increase meant to support the currency.

The Turkish lira slid 2 percent against the dollar and was on track for its worst day since early August when the latest bout of selling began hitting the currency that has shed half its value in less than three years.

The selloff erased the gains made during a rally late last week after Turkey’s central bank unexpectedly raised interest rates by two percentage points to 10.25 percent – the first interest rate increase in two years – to stabilise the lira and address inflation.

But analysts who applauded the monetary policy pivot said the currency came under new pressure after heavy fire between Armenia and Azerbaijan over the disputed region of Nagorno-Karabakh, marking their worst clashes since 2016.

Turkish President Recep Tayyib Erdogan said during a speech in Istanbul on Monday Armenia must immediately withdraw from Azerbaijani lands it is occupying and that it is time to end the crisis in Nagorno-Karabakh, a breakaway region inside Azerbaijan run by ethnic Armenians. 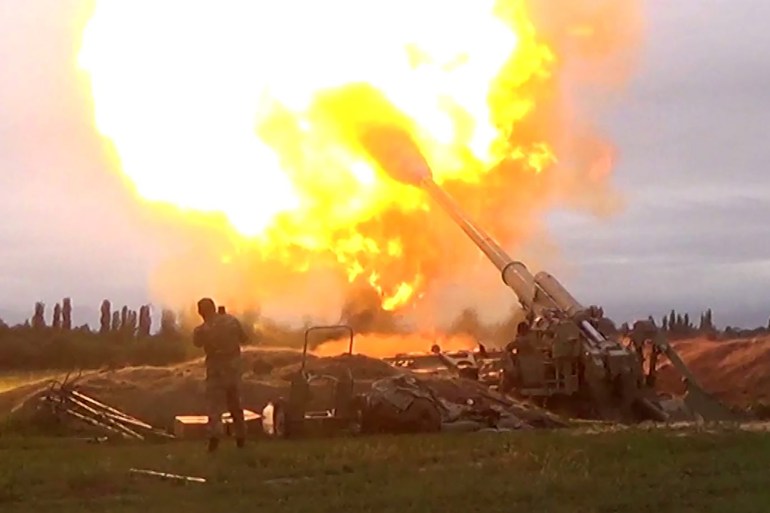 The Turkish currency has been among the worst performers this year on worries about Turkey’s depleted foreign exchange reserves and sharply negative real interest rates.

Now it is being hit by growing geopolitical concerns.

At least 21 people were killed on Monday in the second day of heavy clashes between Armenia and Azerbaijan.

A treasury specialist at a Turkish bank said the moves by both the central bank and banking watchdog could brighten the overall dim investor sentiment around the lira – but they were muted by the geopolitical tension.

“We think the currency would have hit 8 versus the dollar without these steps due to tensions in neighbouring Armenia and Azerbaijan,” the specialist said.

Until last Thursday’s rate hike, the central bank had relied on back-door methods to tighten the money supply, using liquidity measures and directing lenders to borrow at a higher rate.

The BDDK on Friday raised the limits for banks’ foreign currency transactions with foreign entities, allowing increased access to the market.