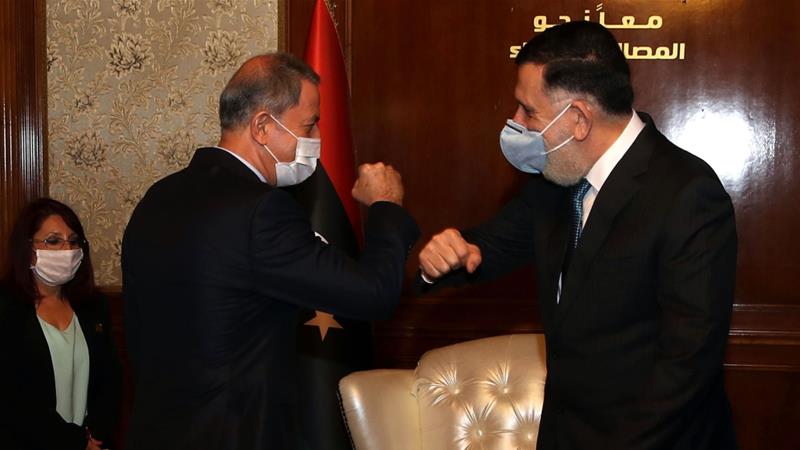 It is the second visit in weeks by a minister from Turkey, the main international backer of the Government of National Accord (GNA).

Defence Minister Hulusi Akar and Chief of General Staff Yasar Guler discussed “military and security cooperation” with the head of the GNA, Fayez al-Sarraj, and military officials, the GNA said.

According to the Turkish state media, Akar reiterated in the meeting Turkey’s support for Libyan people to ensure they live “comfortably, happier and more confidently”.

“I want you to know that we are with you today and tomorrow, and will do whatever it requires for our Libyan brothers under the instructions of our president,” Akar said.

Akar and Guler also went to the Defence Security Cooperation and Training Assistance Advisory Command, which was created within the scope of a military cooperation agreement signed last year between Turkey and Libya. The two met Turkish and Libyan soldiers.

“Turkish support [for the GNA] continues in the areas of military and security cooperation,” said Salah Namrush, GNA’s deputy defence minister, in a statement.

The visit comes a month after the GNA forces declared they were back in full control of Tripoli and its suburbs following a yearlong offensive by renegade military commander Khalifa Haftar’s eastern government to seize the capital.

While the GNA has received extensive military backing from Ankara and is also supported by Qatar, Haftar is backed by Russia, the United Arab Emirates, France and Egypt.

Libya has been torn apart by bloodshed since the NATO-backed uprising which toppled the government of longtime leader Muammar Gaddafi, with two rival administrations now vying for power and control of the country’s vast oil wealth. 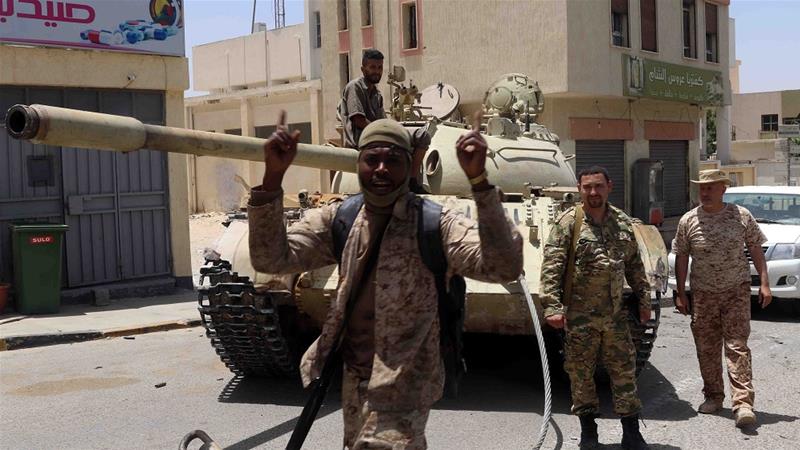 Could Egypt and Turkey go to war in Libya?