DUBAI (Reuters) – The president of the United Arab Emirates scrapped an economic boycott against Israel, allowing trade and financial agreements between the countries in another key step towards normal ties, the UAE’s state news agency reported on Saturday. 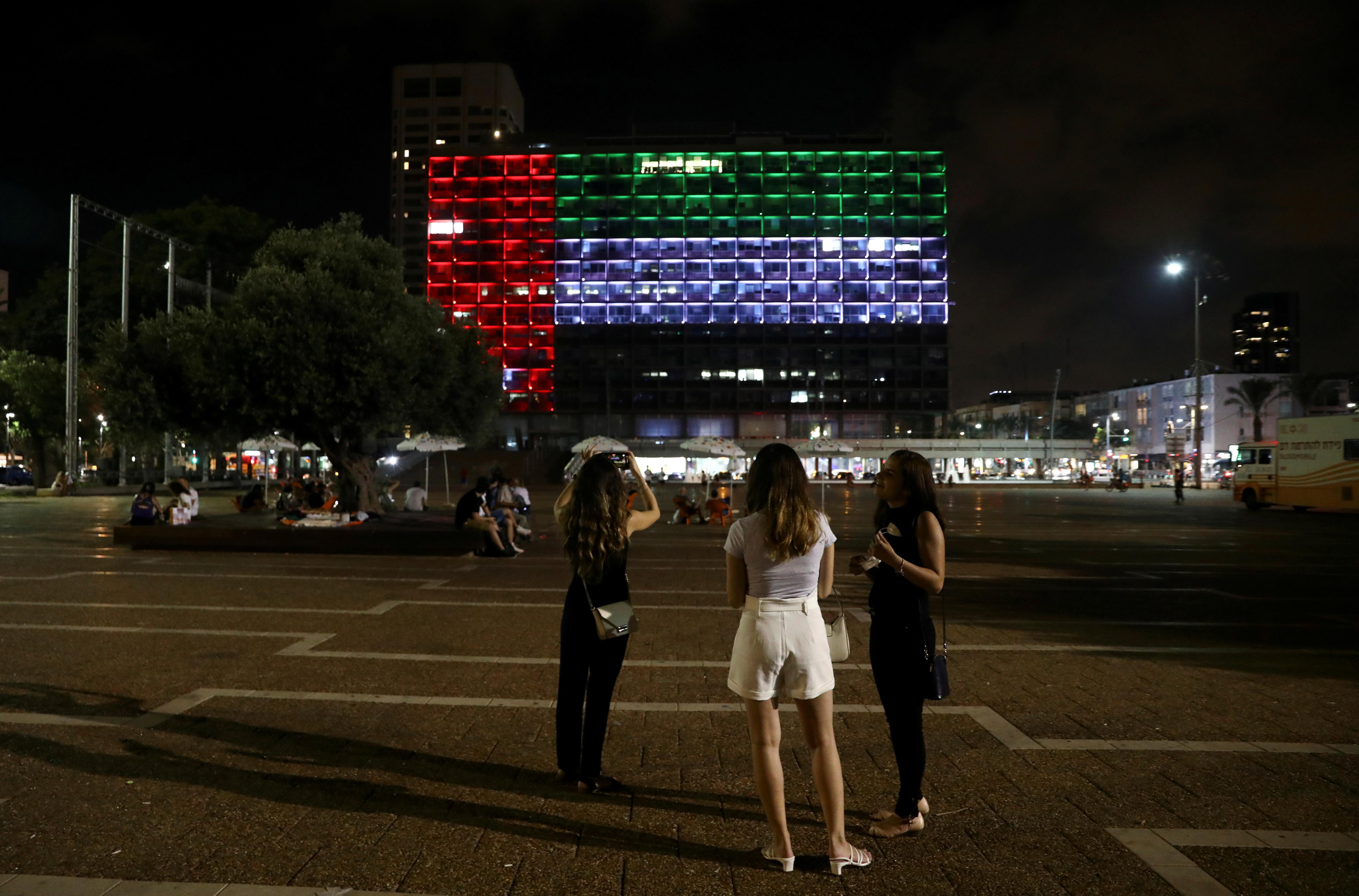 Israel and the UAE said on Aug. 13 they would normalise diplomatic relations in a deal brokered by U.S. President Donald Trump that reshapes the order of Middle East politics from the Palestinian issue to the fight against Iran.

An Israeli government delegation and top aides to Trump, including his senior adviser Jared Kushner, are due to travel on the flight on Aug. 31, a U.S. official said.

Before the Aug. 13 deal can be officially signed, details must be agreed on issues such as the opening of embassies, trade and travel links.

Israel’s Channel 13 TV said bilateral trade could initially be worth $4 billion a year, a figure it said could soon be tripled or quadrupled. Government officials did not immediately confirm that estimate.

Israeli Agriculture Minister Alon Schuster said Israel was working on potential joint projects that could help improve the oil-rich Gulf nation’s food security, such as water desalination and crop cultivation in the desert.

“With their money and our experience, we could go a long way,” he told Tel Aviv radio station 102 FM in an interview on Friday.

Officials from the two countries recently said they were looking at cooperation in defence, medicine, tourism and technology.

The decree announced on Saturday means UAE citizens and businesses will be free to do business with Israel.

The two countries do not yet have official air links, and it was unclear whether Monday’s El Al flight would be able to fly over Saudi Arabia – which has no official ties with Israel – to cut down on flight time.

In May, an Etihad Airways plane flew from the UAE to Tel Aviv to deliver supplies to the Palestinians to help fight coronavirus, marking the first known flight by an UAE carrier to Israel.